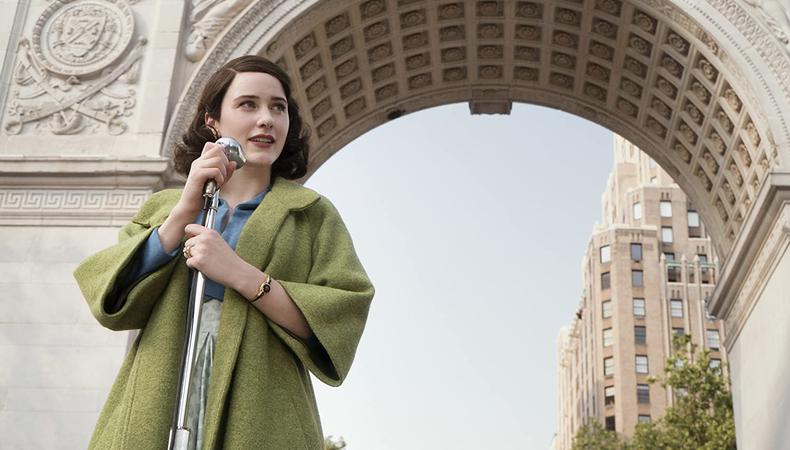 On a fast-talking, quick-paced series like Amazon’s “The Marvelous Mrs. Maisel,” it would be easy to miss a moment here or there. But thanks to camera operators like Jim McConkey, viewers never have to worry—his job is to literally capture every second on film.

Working as a camera operator on projects like “The Intern,” “Men in Black 3,” “Blue Bloods,” and the upcoming Apple TV+ Stephen King adaptation “Faces,” McConkey’s impressive work can be seen across film and TV. He was even the recipient of the Society of Camera Operators’ top award—camera operator of the year—in January for his work on “Maisel.”

Speaking to Backstage about his work as a camera operator, McConkey offered advice for anyone interested in his line of work and how he approaches every project.

What does a camera operator do?
My job is to run the set in terms of capturing the visual image in concert with our director of photography and director. I work out all the manifestations of how to make it successful and time-efficient. I have to communicate between the lighting, the grips, and the actors who have nuances and things they want to do.

It’s a very political position in the sense that you have to be sensitive and always listening. I’m exhausted at the end of the day because I’ve had to do a lot of listening and thinking, and knowing when not to say things is as important as knowing when to say things. You learn all this incrementally by doing it over time.

The most important thing a very good camera operator does is understand the direction you’re [giving] a story, what will happen around the bend, and if it’s possible or not. Beyond all, you have to be sensitive and completely present all the time.

What was it like working on “The Marvelous Mrs. Maisel”?
I think it’s probably the most incredible show I’ve ever had the chance to work on because it’s an extraordinarily complicated show in some ways and it has extraordinary people working together in every department. From my experience, things we do on this show I don’t think many shows could attempt to do in the time we have. It’s a marvelous show because it all stems from the top down. It doesn’t always happen this way that the showrunners, Amy Sherman-Palladino and Dan Palladino, write it, run it, and direct it. They’re running background and occasionally have guest directors. They’re all over it and have control which is the biggest thing... If Amy or Dan believe it works, we work until it works. It’s a rare show because we do complicated shots and because we don’t get weighed down with trying to satisfy somebody else—all you have to do is satisfy them. 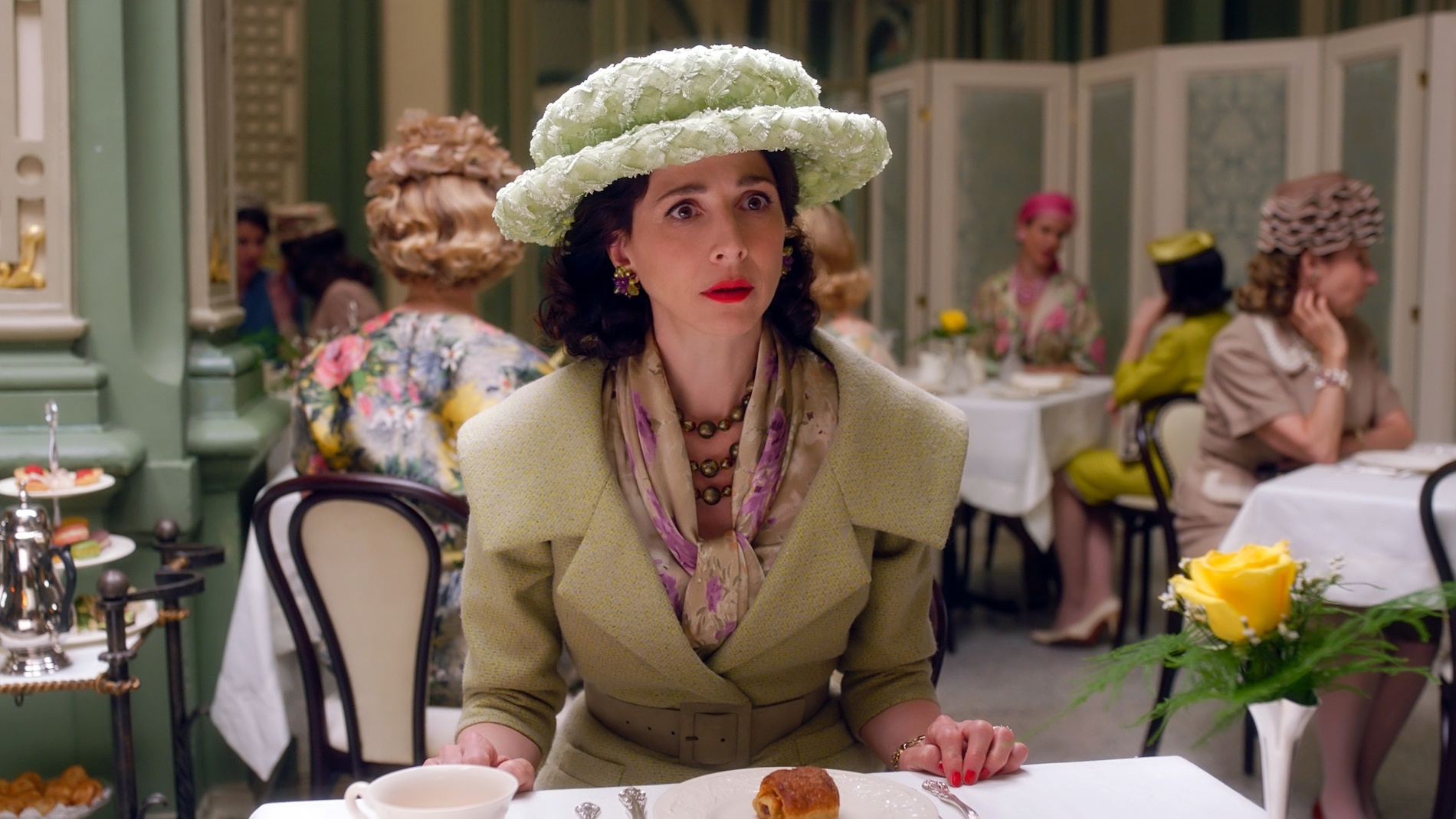 Why ‘The Marvelous Mrs. Maisel’ Sets Are Even More Elaborate Than You Think

What’s your process when approaching a new project?
It’s all different. It’s first knowing what the project is and what actors might be in it possibly. You don’t need that, but it really helps to know a lot of background. For me, it’s always understanding the director and what they’ve done in the past. I watch what they’ve done in the past and how they have talked about it. It’s having an awareness of what the people you’re going to work with are like. That way when you go into an interview, it’s very easy to understand how to talk about things.

Years ago I had an interview with Michael Mann about “Ali” where I went into his office and he said, “Tell me how you feel about the energy of a set.” I remember my answer was something about me believing in the limbic system and that primordial fight or flight that tells you [to react]. In certain movies, I need that instinct to do really good work because I need to be able to react and change and not be so tied down. That was a good answer for that type of movie, but not good for a movie where you’re extremely precise and it’s all about very pre-storyboarded shots.

So every movie has its own styles of operating and you have to understand what they are before you say not very intuitive things in an interview that would make it seem like you don’t pay attention to what they do as a director. Then they’ll simply make a decision about not wanting to put in a lot of time with someone who isn’t taking the time to think of these things. So it’s your job to find the answers to their questions, do your research, and be truthful and honest. Don’t ever lie because it will get you into trouble.

“It’s really frustrating when you start because you’re an unknown quantity and you’re constantly looking for opportunities to prove yourself.”

How do you find work?
I stopped thinking about work and where it comes from. I realized it’s because you get to a certain level and people just know who you are. It’s really frustrating when you start because you’re an unknown quantity and you’re constantly looking for opportunities to prove yourself. Nowadays everybody is trying to show themselves on online forums holding a steady cam or showing their reels in public. It’s because it’s hard in the beginning to get people to notice you and there are a lot of people doing what I do now. When I started there were really only a select number of people who were any good at it. There’s a lot more competition so in a sense, it’s easier and harder for me. I have a lot of background so I know a lot of things. Directors might not want somebody who has more experience than they do, though. You have to be able to realize that and have a conversation about wanting to support them using your experience and that you will always be on their side.

I have an agent, but she doesn’t really get me work—she just negotiates money. I get jobs from directors and DPs. Sometimes it’ll be from my friends and first assistant camera who suggests my name. Then it’s the art of the interview that gets you the job. One time a DP said, “I hope you’re not one of those operators who in an interview are amazing but then show up on set and are nothing like what they described themselves as or can’t do what they said they could do.” I told them I can only do what I can do.

I’m willing to try different things. I always believe in honesty and when you don’t know something, say you don’t know or you’re interested in finding out about it. It’s better to be open even if it risks you losing the job because the hardest thing for a young operator to understand is that they all want to take risks but what happens is if you get a job that’s so over your ability level, you are going to be replaced.

Don’t oversell yourself because you’re going to get on the job and if you fall short and someone says “I thought you knew the wheels?” You’re going to get fired and replaced, and people will remember you for that. It doesn’t have to be that way and you don’t have to start out your career with something negative. Pick your projects and trust the people you go on those projects with.

Is there one thing you wish everyone knew about your work?
Sometimes the simplest things are the most difficult. I think most of the time people watch things and when they work, it’s like drinking water. It’s natural, you don’t think about it. The best operating, the camera just goes where it goes and it’s magical and invisible. It does its job. The way to get those shots is sometimes so complicated and difficult and requires such coordination with other crew members and discussions and talking about nuance, tempo, and framing.

What advice would you give aspiring camera operators?
Do it if you love it. If it’s the only thing that’s calling to you and you think about it every waking moment, that’s the person that will succeed in this business. If you don’t love it and want it, you won’t be the best. You don’t have to be the best, but with the attitude that you could be the best and being open to advice and not scared to ask questions, it’s such a great possibility.

It’s like this thing for the AFI I was doing with these other top tier operators. We were doing a webinar of 10 classes about operating where Mitch Dubin, [Steven] Spielberg’s operator, was running it and there are so many really good operators there. It’s an amazing thing when you work around a group of people like that and you talk about it because you can tell that they all love it, have so much experience, and have all been through the same things but we all have different stories. Those are the people you should ask questions of. People who have been through it if you can get access to them because they’re not going to give you bogus advice because they don’t have anything to prove.