How to Cry on Command 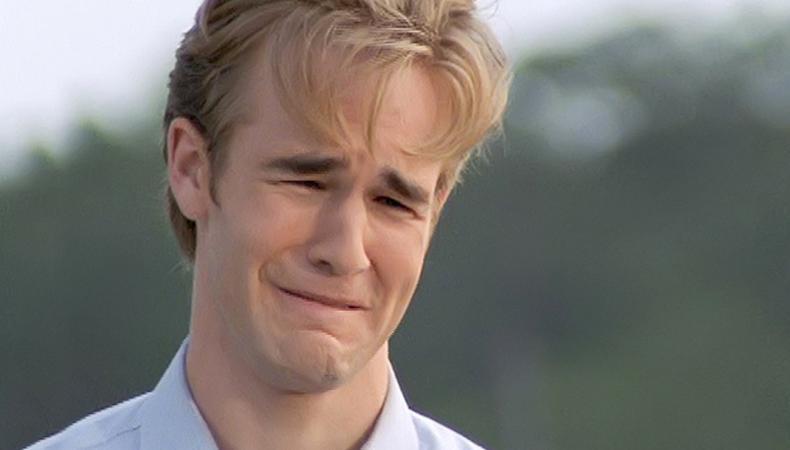 Crying on cue is often considered the gold standard of acting because it can show how an actor commands their emotional instrument. Have you ever wondered how the world’s greatest actors cry on command? Getting real tears to fall from your eyes while being pressured to give a compelling, honest performance may sound daunting, but turning on the waterworks isn’t as difficult as it may seem.

We asked a handful of talented film and TV actors and other industry professionals for their advice on how to make yourself cry onscreen. Some can cry automatically; others rely on their acting training to ensure each take is more emotionally impactful than the last. Below are their top tips on how to cry on cue—follow them, and you’ll be tearing up in no time.

How Actors Cry on Cue

Let’s start with the basics: Tears are water, which means that it’s a lot harder to produce them if you’re dehydrated. Without enough fluid in your system, your body will be unable to activate its tear ducts—and no matter your acting training, you’ll have a tough time making yourself cry.

“When I was in grad school at NYU,” remembers Emmy winner Sterling K. Brown, “Andre Braugher came and spoke to us. He said, ‘If you want to cry, you have to be hydrated. Like, literally, you have to drink lots of water. Because if there’s not water inside of you, water can’t come out of you.” Brown drinks plenty of water on set to create what he calls “the Denzel tear” on projects like “This Is Us.”

Focus on the emotion, not the end result

If all you’re thinking about in a scene is crying on command, you’re not going to, says acting teacher Brad Calcaterra. Instead, he encourages students to engage with the genuine emotions that emerge during a scene to let the crying come naturally. “If I’m working with a very specific moment with the actor where that emotion needs to be there, I work on getting to a place where the body is relaxed, breathing, and the focus is on what is at hand. The second the actor goes, ‘I have to cry here,’ they’re focused on a result and are not telling the emotional truth of the moment.”

In the same way that an actor may recall a happy memory to communicate joy onscreen, they can pull from their personal experience to cry when necessary. “Some people are more emotionally available, some people cry once a week, once a day—that’s just who they are,” says actor Mike Colter, who admits he is not one of those people. “You should know your triggers. In your life, when you find yourself becoming emotional, you should remember what it was that made you emotional. And you can draw back on those things later.”

This approach can be a slippery slope, though. If you’re playing an intense scene that resembles your own life too closely, drawing on those sad memories can submerge you in personal feelings of grief, rage, or depression. Create enough distance from your memory so you’re not at its mercy and you don’t become so emotional that you can’t complete another take. Part of being able to cry on cue is the ability to stop crying on cue.

Making yourself cry on the spot isn’t just about mining your own trauma, though. Because he’s not a Method actor, Colter says he relies on principles such as Sanford Meisner’s imaginary circumstances and Stella Adler’s power of imagination when he needs to make himself cry for a scene. “Once you prep those, [crying will] be there for you,” he says.

The process is simple: Put yourself in an imaginary scenario that stirs intense sadness. “It could be something that has nothing to do with the scene, and that’s your secret,” explains Colter. “No one has to know what you’re over there bawling about. You could be bawling about your kitty cat who just got bashed in a bag with a hammer! If you’re at a funeral and you’re crying, no one is going to pull you over and ask you why you’re crying.”

Mine the script for additional context

Crying on command also means working with what you’ve got. Brown combines his own personal experiences with the “given circumstances of the character” to create an emotional state that allows for crying when he wants. “You can sometimes oscillate back and forth between the two,” he says. “One can take over for another one.” While prepping your character and filling in the basic questions (Who? What? When? Where? Why?), identify what aspect of the character’s personality might lead to tears.

Fill in your character’s backstory as needed

When it comes to crying on cue, it is also helpful to think outside the script. Academy Award winner Marion Cotillard invented an extensive backstory for her character in “Two Days, One Night.” After carefully studying the script and playing with her lines, the actor filled in personal details for the depressed Sandra, including everything that happened in her life prior to the events of the film. “I wrote her life before,” she tells Backstage. “I wrote scenes I would use later when I needed some support to be able to burst into tears out of nowhere. I needed to build a structure of stories that I could use when I needed to reach this or that emotion.” The technique clearly worked: Cotillard earned her second Oscar nomination for the 2014 performance.

And what if you find yourself filming an emotionally climactic scene and the tears simply aren’t coming? Crying on cue is not always necessary to act out an authentic emotion. Whether a script calls for “welling up or tears running down,” Calcaterra says, the single most important thing is to create a vulnerable moment. That feeling is far more important than physical tears.

Casting director Leah Daniels-Butler of Fox’s “Empire” echoes this sentiment. Crying is welcome in the audition room, she says, as long as “it’s honest and it comes from a real place.” But the key is not to force it. “If the scene says you have to cry, and you can’t evoke that emotion, then maybe that’s not the [goal]. You just don’t want to come off fake. If it says, ‘She gets emotional,’ or, ‘She holds back tears,’ and you feel you can’t get there, don’t do it. When people do that, it’s a little unbearable.”

Daniels-Butler is not alone. If crying isn’t coming naturally to you in the audition room, find another way to convey that emotion truthfully in the moment. Acting coaches Risa Bramon Garcia and Steve Braun tell Backstage that many casting directors hate when actors cry in auditions. If an actor thinks crying equals talent or good acting work, crying can become the goal, which is the opposite of what you want. Your audition then becomes about showing the casting director that you can emote, so the scene ends up being all about you crying rather than how you were affected by your scene partner, the specifics of the scene, and what you want from the scene. That said, learning to cry on cue when the moment calls for it can be! 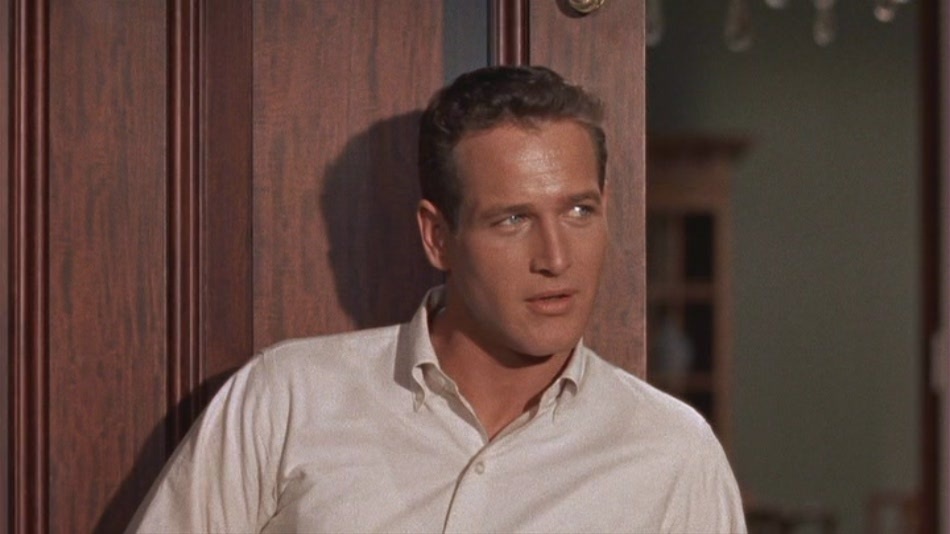 Why some actors can't cry on cue

Acting coach Zane Stephens says to remember that the job of an actor is to create life, not perform it. “Instead of thinking in terms of ‘doing an action,’ think in terms of ‘a feeling to experience,’ ” he says. “Casting directors, directors, producers, and audiences would much rather see pain without crying than no pain with crying.” Below, he breaks down the mistakes you may be making in your crying-on-cue journey.

As we’re learning who or what to use for substitutions, we often try to use things in our life that seem to make the most sense. But sometimes, it might not actually be the substitution that works best for you. In the scene, if your character is heartbroken from a breakup, you might try substituting a past fling who broke your heart. But what if your body isn’t able to connect to that memory the way you thought it would. Keep trying. Look for a substitution that’s honest and works within the circumstances laid out by the writer.

Sometimes when we engage our imagination, we’re not specific in what we see or we ignore engaging our other senses altogether. See as many details as you can, smell what’s there, feel what you can touch, allow your taste buds to roam, hear as much as you can. The more specific you can be, the easier it will be to create that reality and authentically feel.

You don’t have to meditate in a sauna to be focused, but you do need to be in an area where you can drown out sounds, movements, and other distractions. The goal is to be so regular at this that you can focus anywhere.

Be easy on yourself. Adding pressure while trying to make yourself cry is probably the most common mistake for green actors. We want to reach certain depths of pain or the heights of elation so badly. We try to cry, and we fail over and over again. We tell ourselves, “If I can’t do this, I’ll never make it as an actor.” All this does is suffocate your abilities. You can’t do 50 pull-ups before you can do five. So continue trying new substitutions. Be specific. Focus. Be easy on yourself. You’ve got this.

So there you have it. Remember these tips on what to do (and what not to do) when crying on command, and you’ll be more likely than ever to deliver an emotionally compelling performance. As Calcaterra says: “Every person, actor, human being is born with the capability to feel any emotion: sadness, loss, grief, envy, jealousy, pain.” But summoning strong emotions at the drop of a hat takes practice and baby steps.

You’re not going to cry like Meryl Streep on your first try—so keep at it!

To practice your crying on camera, browse all of our film casting calls! 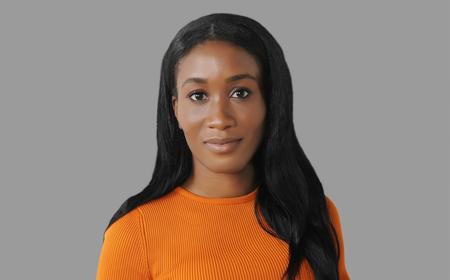 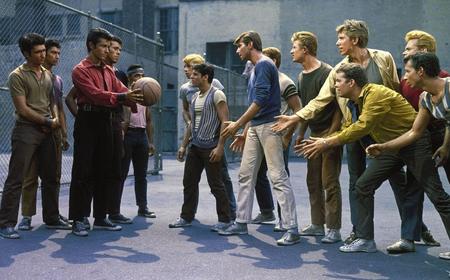 Actors, Weigh In: Strasberg Vs. Adler? 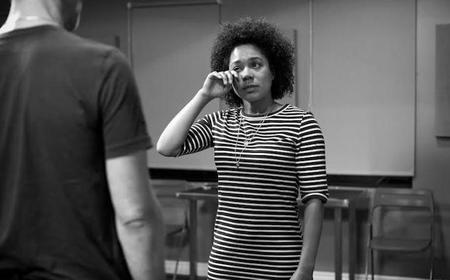 How to Cry on Cue, According to These Acting Coaches 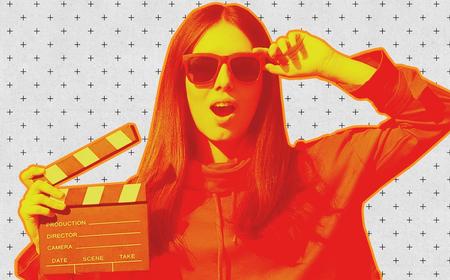 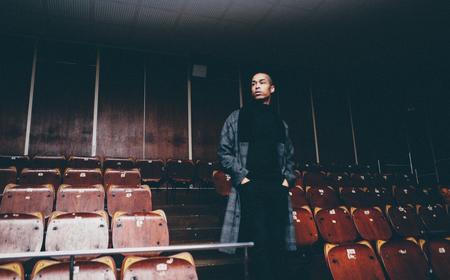 What Actors Get Wrong About Technique