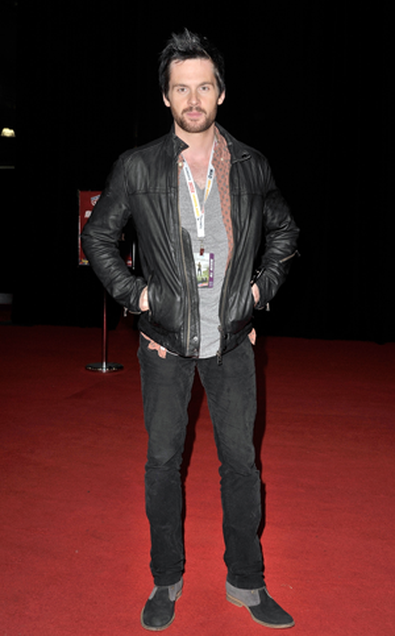 I came straight from school with absolutely no way into the profession at all. I knew it was what I wanted to do; I just didn’t know how to get in there. I went to university in the north of England at University of Birmingham to do an English literature degree, and I knew I could do extracurricular stuff with theater and drama. I started a theater company, called Article 19, and I did it with a bunch of friends. I wrote and directed plays. I had a radio show.

I then finished university and still no way in, despite having spent time honing my art, as it were. I hadn’t had a chance to put it into practice professionally. And the only way to do that in England really is to go to drama school…but my family had no money. We couldn’t afford to pay for it. And London Academy of Music and Dramatic Art was the school that came back and said they put me forward for a scholarship.

The reason I chose to go to university first is everyone told me that it wasn’t going to happen. Part of me thought, If I go and get a degree, at least I’ve got a backup if everything fails.

I don’t know if I’d do it the same way again. I feel like the experience I gained at university has really helped to inform me as far as who I wanted to become as an actor and what I wanted to do. But I feel like I started quite late, so I’d meet people who went straight to drama school and graduated by the time they were 20 and were out in the world doing their thing. And part of me hankered for that chance.

What you don’t get necessarily at drama school is a gigantic mix of people. At university, there’s people from every social background and you get to go through that period of being naive and not quite sure who you’re going to be. University was a chance to people-watch and to mix with people from all various walks of life, which as an actor is a great experience because you get to observe people.

—As told to Suzy Evans