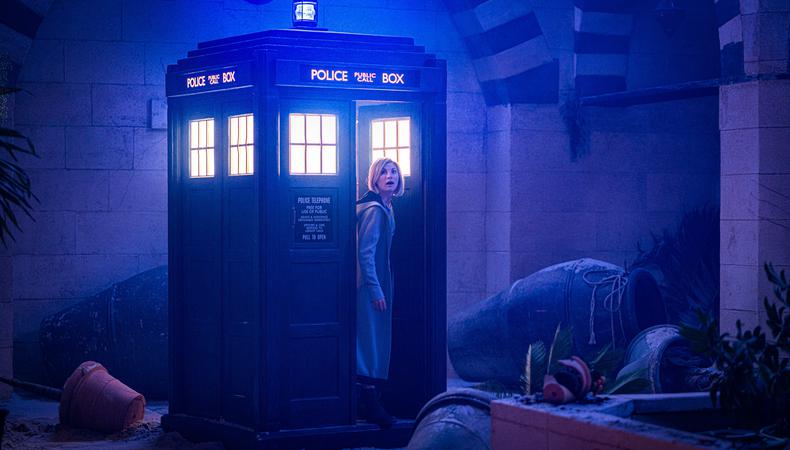 From a dog barking to the rumble of an alien ship to the dialogue in a tense scene, everything you hear in a film or series is intentional, meant to fully immerse you in the world being created onscreen. And it’s all brought to life by the sound department.

Wondering what this team does and how you can be a part of it? Sound editor Harry Barnes has some advice.

Barnes knows what it takes to work in sound for both mediums. He’s worked on films like “Fantastic Mr. Fox,” “Children of Men,” and “Sweeney Todd.” His TV work includes HBO’s “Chernobyl,” on which he served as the ADR (automatic dialogue replacement) supervisor—and which also won the Emmy for Outstanding Sound Mixing for a Limited Series, Movie, or Special. Barnes has also worked as a dialogue editor on Netflix’s “The Crown,” a sound designer for “World on Fire,” and the sound designer on the last five seasons of science fiction show “Doctor Who.”

What does a sound and dialogue editor do?
Sound editing can be roughly split into three groups: dialogue and ADR, sound effects and design, and foley. Broadly, and basically, speaking they cover the following:

Dialogue and ADR editors go through the original recordings, choosing what to present to the mixer and then splitting the dialogues into manageable, logical tracks they can finesse. They’ll remove any unwanted extraneous sounds [and] look for alternate takes if the chosen one is just too noisy or poorly recorded due to circumstances on set. They will also mark up any lines requested for ADR by the production and any lines they deem too poor from a technical POV.

The dialogue editor will attend the ADR recording with the director. Once the lines are recorded, they’ll take them back to the cutting room and finesse the sync to the picture. Some TV shows and most big-budget films have separate dialogue and ADR editors, like the set up we had on “Chernobyl,” and often a specific crowd editor.

Sound effects and design covers all the sound effects you [hear] on and off-screen. It’s the atmosphere of the scenes and the specific spot effects, from wind in the trees and birds to traffic and car doors opening. This is simplifying it; it’s a huge canvas to fill and very project-specific. On UK TV shows, we usually have one person doing the effects but on larger shows and on features, effects will be split into different departments. I worked on one film where there were editors specifically covering animal vocals, fire, arrows, sword fights, carriages, and then background atmospheres, each working only on those specific areas. 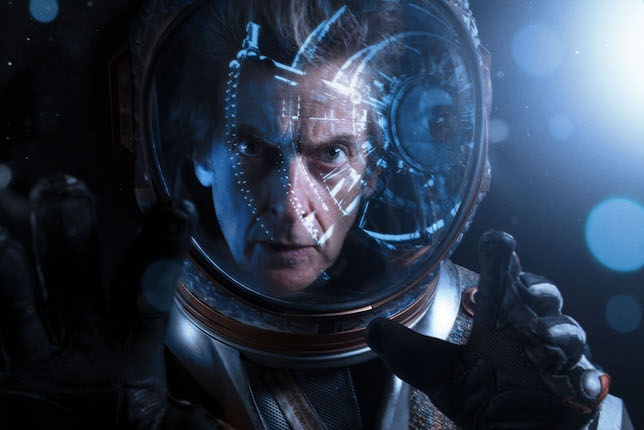 Foley is where sound editors get to work in the grown-up version of a kid’s sandpit.... using foley artists to perform the sounds. They’ll cover everything from clothing movements and footsteps to cups and glasses being put down. They also expand it to add layers to special sound effects like using a variety of props to help [create] explosions or the movements for alien creatures and adding impacts for things like body falls. It can be as wide as you or the supervisor desires.

Good foley artists are hugely creative and will use the most unlikely things to get the sound you may be after. I was the foley editor on “Sweeney Todd,” which required a massive amount of foley as it was essentially a musical film with actors miming to playback so everything had to be replicated. When Todd was busy cutting people’s throats, the foley artist used half an orange and sucked into it to get a nasty sucking, squelching sound for the blood releases. It worked a treat!

How did you get started as a sound editor?
I started off as a runner-come-tea boy in an audiovisual company which was more to do with audio slideshows. Then I managed to get a job as an assistant picture editor in commercials, which took me about two years of applying for lots of different jobs as the industry union was a closed shop situation back then. You really had to have a passion to get in. As an assistant picture editor on commercials, it was my responsibility to lay up the sound effects, which is where I became aware of that particular discipline.

“On “Sweeney Todd,” when Todd was busy cutting people’s throats, the foley artist used half an orange and sucked into it to get a nasty sucking, squelching sound for the blood releases. It worked a treat!”

What was your first film crew job?
My first film project was “Under Suspicion” working as an assistant sound editor. [It’s] a little known film with Liam Neeson! I then worked on lots of TV shows before going back to features. They were good ground to learn the skills I needed.

How do you find work?
These days it’s all word of mouth and contacts I have previously worked with. The business goes up and down so sometimes it is hard to get a job, at other times less so. All freelancers know it can be feast or famine.

What’s the hardest part of your job?
The long hours and the unpredictability of when the next job will come. Also, anything creative can cause people to stress and that can lead to friction. Dealing with other people’s temperaments as well as recognizing our own is a skill we constantly relearn through life.

What skills are essential to becoming a sound editor?
You need good computer skills and you really need to know Pro Tools, which has become an industry standard. They have a simple free version so download it and get playing with it! A digital audio workstation and a good computer are all you need to master to get you started in the very rudimentary aspects of editing and cutting sounds.

The hard part is putting it into practice in the real world so try and get into a facility to watch someone and what they do. Take a scene from a film and lay up sounds to it. Experiment! Like all jobs, you only learn from experience. Always listen to what people have to say. If you can do the basics, you may be lucky to get jobs that are simple and repetitive but which will hone your abilities and teach you your own methods of achieving the results you’re after in an edit. My first jobs were fitting foley which taught me basic editing skills and how to cut sounds. It was repetitive but essential in learning my own way.

What advice would you give aspiring sound editors?
[Take] sound courses and look people up. Be prepared to start at the bottom, no matter how great you think you may be. Be patient and be open to listening! Always approach whatever you do with pride and commitment.

When I was a second assistant, I had to make the tea for everyone. I made sure I knew exactly how all the editors liked their tea! I made sure I gave them what they wanted when they wanted it. I took pride in that and how I presented it. Whatever they asked for, I did with commitment, no matter what. It meant they recognized me and eventually knew I could be trusted. It sounds mad, but all those teas I made and sandwiches I bought led to openings for me later.

Do you have any advice for someone’s first day on the job?
Get in early and be prepared. Be alert to your surroundings and the needs of those around you. As I said, it’s all a collaborative effort, from you to the director. I can’t stress enough: listen and learn! Nobody knows everything and we all have something to give. 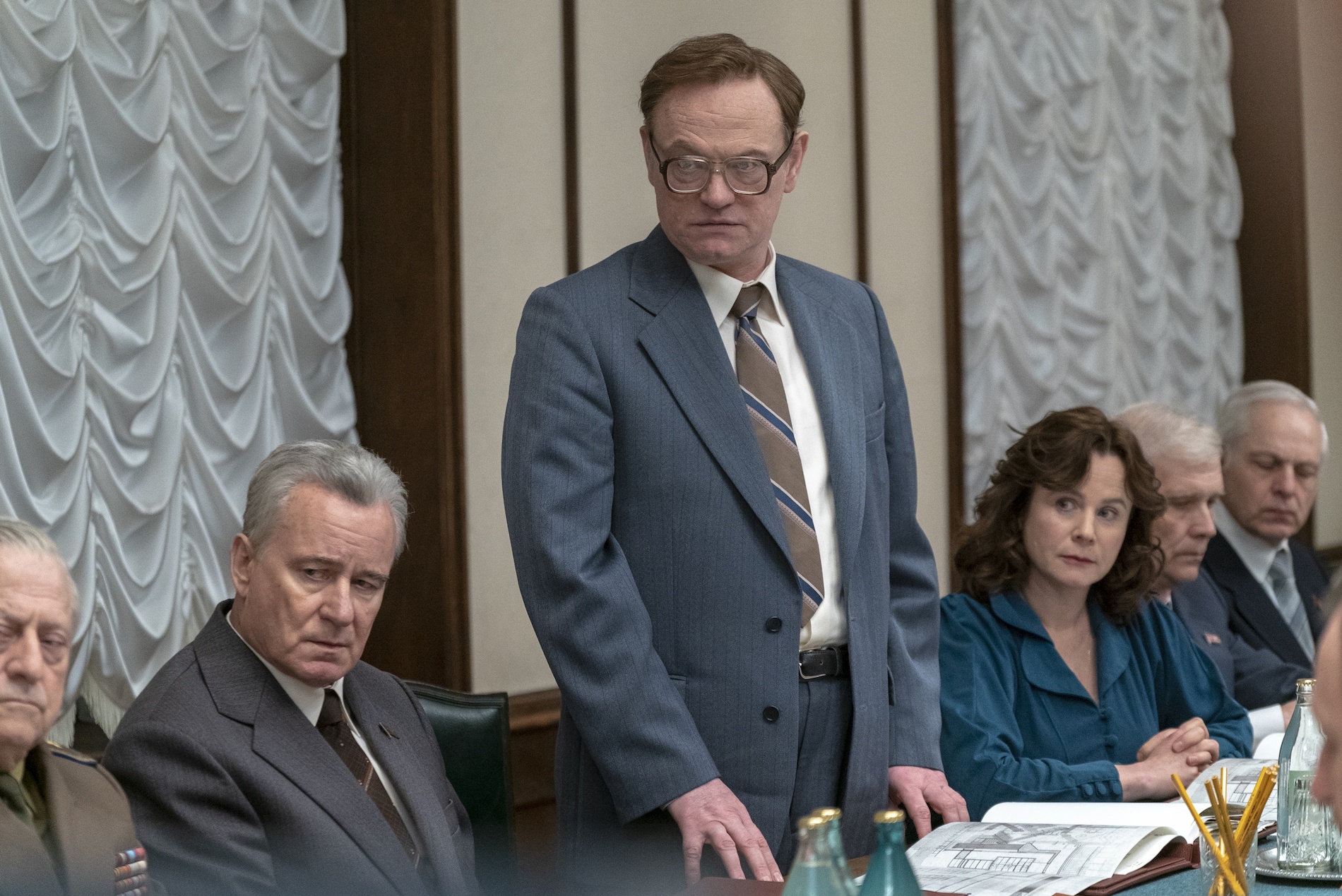 What’s one thing you wish everyone knew about sound and dialogue editing?
That it exists! When I was fortunate enough to win an Emmy for “Chernobyl” as ADR supervisor, all my nonwork friends were obviously happy for me but then the next question was, what is ADR? What is dialogue editing? I had to find a YouTube clip of an ADR session to explain! Some people are blissfully unaware of what we do. It’s amazing that they think all the sounds are recorded when they shoot the movie.

There is the obvious stuff that people do notice when it’s action or sci-fi, but it’s so much more that goes unnoticed. The correct birdsong. A voice drifting across the town square or a couple arguing in another motel room. Even the correct creak of a leather jacket or floorboard! There are thousands of sounds that make up a soundtrack that, if done correctly, people are unaware of. An incorrect sound or poorly synced ADR will immediately remove an audience member from the drama of the picture. That, I suppose, is the catch. What we do, for the most part, shouldn’t be too obtrusive. It should always be complimenting the director’s vision and helping them achieve their dramatic goals. We are all part of a huge team constructing a work of art that the audience should see as a whole.

“An incorrect sound or poorly synced ADR will immediately remove an audience member from the drama of the picture.”

What film should every aspiring sound and dialogue editor watch?
I can’t recommend just one film. I would say the best starting point for anyone aspiring to work in sound would be to watch the documentary, ‘‘Making Waves–The Art of Cinematic Sound.” It’s a great film with interviews with most of the major U.S. sound designers and editors. It will explain all the relevant areas of sound post-production and what each area covers. Then I’d suggest watching the behind the scenes videos on Indepthsound.com. They have great videos covering lots of sound design in major films. The “Bugs Life” one with Gary Rydstrom, in particular, is really great and explains the marriage of effects and foley.

I must add a nod to “Chernobyl” as well. Supervising sound editor Stefan Henrix and sound designer Joe Beal did an awesome job on that. It’s amazing. The show definitely utilizes the sound design to take us on an emotional rollercoaster. The crossover between sound design and the score is also incredible. You’re not always given that option on shows but on this they were and they took it to its full potential.

For dialogue work, I would have to point to “1917.” Dialogue supervisor Rachael Tate did an amazing job working through the dialogues and cleaning them up of all extraneous crew feet and moves, etc. The thing about dialogue and ADR work is that if it is done well, it won’t and shouldn’t be noticed.

Ready to be on set? Check out Backstage’s TV audition listings!