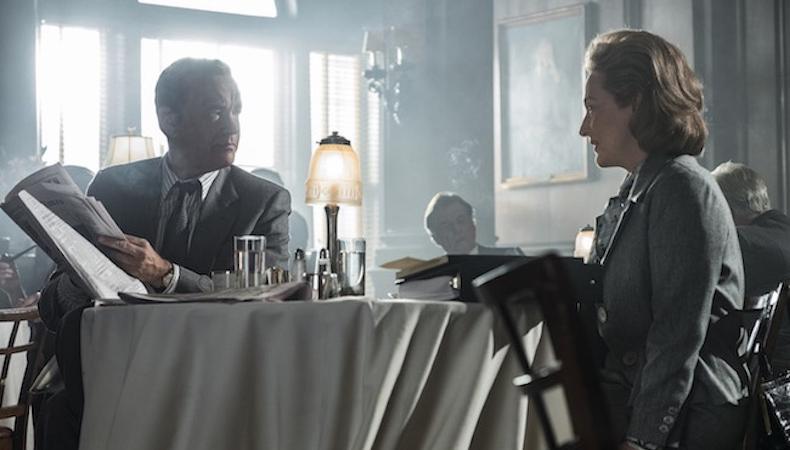 Gary Rydstrom—a sound designer, rerecording mixer, and longtime collaborator with Steven Spielberg—discusses how he found the sounds of the ’70s for their latest outing, “The Post.”

Rydstrom creates the film’s sound.
“The sound designer makes a library of sound. It’s the ambiances and the sound effects. The rerecording mixer [blends] it into the final mix that you hear. One of the main things [for ‘The Post’] was trying to find sounds from 1971. You think back to 1971, and it sounded pretty different [from today].”

Sound designers enhance actors’ performances.
“My job is to watch what actors are doing in the scenes and then try to help them. It’s seemingly simple things. Meryl Streep walks in a very different way at the beginning of the story than she does when she gains confidence. In her high heels, the way she walks is less assured in the beginning, so I’m trying to look at what the actors are doing, especially their physicality, and emphasize it.”

You can recognize a great performance even without sound.
“A lot of times, sound people are watching the movie with the dialect turned off, because we’re putting in our sound. But I found it wonderful to watch the actors [in ‘The Post’] without hearing them say anything. You do it as an experiment: You turn off the sound and with great acting, you can still feel what they’re going for.”

READ: Meryl Streep Wasn’t the Only Female Power Player Who Brought ‘The Post’ to Life

On the specific sounds of 1971.
“Telephones had real bells and there were no computers. It was on the cusp of going from manual typewriters to electric typewriters. The cars sounded throatier. One of the things I loved about what the movie shows is that the process of making and putting out a paper was really physical. So the typesetting and the printing presses, it was a mechanical process in a way that it is not anymore. [For me,] it was identifying printing presses and teletypes and things that sounded like that, recreating the sound of a press from 1971 and offices from 1971.”

Spielberg’s films know exactly what they’re doing.
“[Spielberg’s] films are always very clear on what the point of view is, what the focus is, how the transitions work, what the emotions going forward are, and then we try to help it. It’s little things, like the scene where Meryl Streep playing Kay Graham is nervously confronting Robert McNamara. She’s got keys and—Streep came up with this—she’s nervously fumbling her keys the whole time she’s talking to McNamara, so we put that sound in. We emphasized that. At the beginning of this movie, she’s a little bit on the awkward side, so the way she pulls out a chair, the way she sets down a suitcase, the way she puts a stack of file folders on a table, we give it weight and awkwardness. We pull from the movie because the movie is so clear about what it wants to do.”

Sound design is vital for scene transitions.
“What I focused on in this movie is the transitions. There are a lot of clever transitions that we pulled out for sound. There are sound transitions, like an AK-47 in Vietnam becomes a helicopter and the helicopter wind up becomes a jet. All these transitions that pull you forward through a film. A lot of times in a normal movie it will just have someone walking out, close the door, and cut, but this movie’s cuts allow us to kind of pre-lap the next scene and use the door closing as an explosion and make it propel into the next scene.”

Casey Mink
Casey Mink is the senior staff writer at Backstage. When she's not writing about television, film, or theater, she is definitely somewhere watching it.
END_OF_DOCUMENT_TOKEN_TO_BE_REPLACED