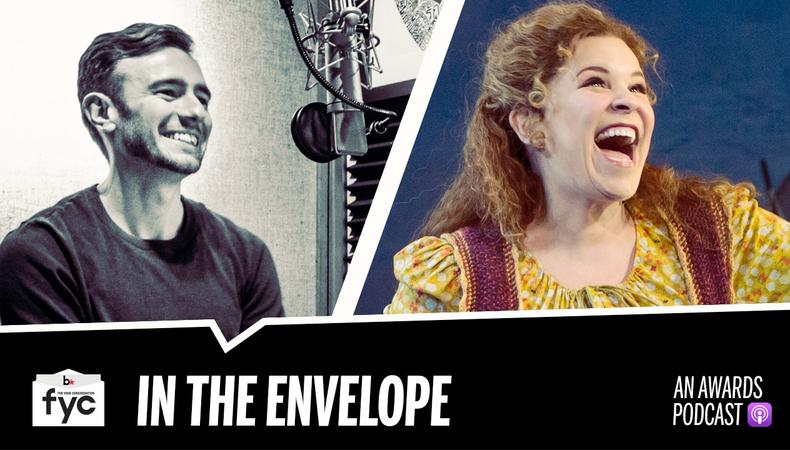 Tony Awards season is upon us, and Backstage’s “In the Envelope” is getting in on the action! We’re kicking off a series of podcast episodes featuring interviews with some of the most exciting performers working on Broadway today.

Lindsay Mendez just received her first Tony nomination for her irresistible turn as Carrie Pipperidge in the current revival of Richard Rodgers and Oscar Hammerstein’s “Carousel,” directed by Jack O’Brien (a part that launched Audra McDonald to stardom in an earlier Broadway revival). A true triple threat, she got her big break in the Off-Broadway musical from Benj Pasek and Justin Paul, “Dogfight,” directed by Joe Mantello. Years of hard work and finding her niche as an actor has turned Mendez into one of today’s most versatile performers; since “Dogfight” she’s played Elphaba in “Wicked” and broke hearts in last year’s drama “Significant Other,” totaling six Broadway credits.

Along with her magnetic stage presence and sensational singing voice, Mendez co-owns and runs Actor Therapy, a musical theater master-class series in New York—making her a fountain of actorly knowledge. She tells podcast listeners about the importance of packaging yourself as a product in the industry, knowing when to break rules and carve your own path, and loving the work.

Jack Smart
Jack Smart is the awards editor at Backstage, where he covers all things Emmy, SAG, Oscar, and Tony Awards. He also produces and hosts Backstage’s awards podcast “In the Envelope” and has interviewed some of the biggest stars of stage and screen.
END_OF_DOCUMENT_TOKEN_TO_BE_REPLACED