Andrew Rannells + Aubrey Plaza Join Our ‘In the Envelope’ Podcast 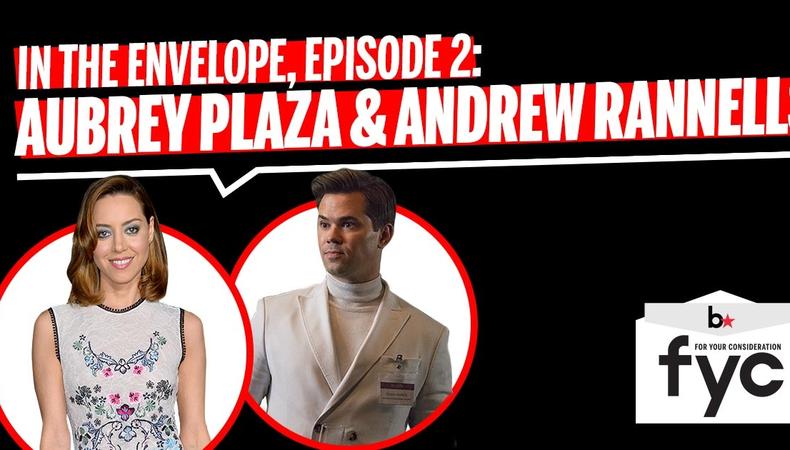 Episode 2 of “In the Envelope” features two hilarious and talented contenders in the 2017 Emmy Awards race. Andrew Rannells, a two-time Tony-nominated actor of stage and screen, was upgraded from scene-stealing guest role to series regular as Elijah Krantz on the HBO comedy “Girls.” He told Backstage about his crash course in on-camera acting from creator Lena Dunham and executive producer Judd Apatow, the Season 6 episode he submitted to the Television Academy for consideration, and his role on Ryan Murphy and Ali Adler’s short-lived NBC sitcom “The New Normal.”

Indie darling Aubrey Plaza is also known for an NBC comedy—as intern April for seven years of “Parks and Recreation”—but reinvented herself in a wildly different role this year on Noah Hawley’s new FX drama, “Legion.” As deranged supervillain-parasite Lenny Busker, Plaza demonstrated the creative power of unconventional casting and an outside-in approach to crafting a character. What is great acting to her? Click below to listen!

Be sure to like, rate, and subscribe for more interviews from the frontlines of the Emmy race.

Jack Smart
Jack Smart is the awards editor at Backstage, where he covers all things Emmy, SAG, Oscar, and Tony Awards. He also produces and hosts Backstage’s awards podcast “In the Envelope” and has interviewed some of the biggest stars of stage and screen.
END_OF_DOCUMENT_TOKEN_TO_BE_REPLACED