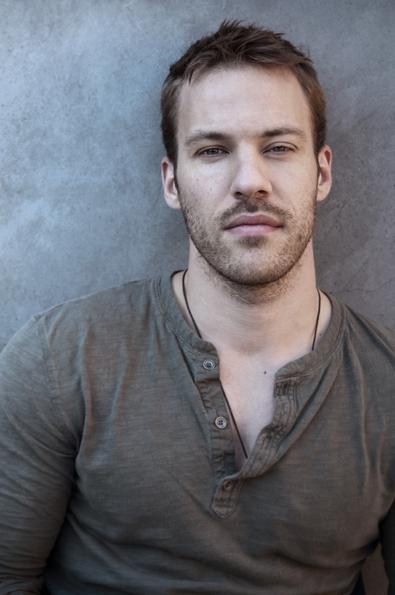 Already a vet of “The Flash” and “Arrow,” German-born actor Falk Hentschel is back in his wings and leather armor as DC Comics’ Hawkman in the CW spinoff “Legends of Tomorrow.”

On jumping time in 'Legends of Tomorrow.’
“The season gets catapulted into action because [of] Vandal Savage—a mastermind, super-evil bad guy who is immortal and has been around since Egyptian times. And Rip Hunter, a time master who has a spaceship that travels through time, picks us superheroes up—a group of very lone wolf–type superheroes—to fight Vandal Savage. We team up and we try to stop him before he lays waste to planet Earth.”

On his character, Hawkman.
“He’s been around for 4,000 years. He’s seen humanity grow up—all the heights and the failures, the evil and the good. I think he’s a mix of very relaxed about it all (after you die 206 times, I don’t know how worried you are) and sort of cynical. I think he’s actually terrified, you know; even though he’s lost [Hawkgirl] 206 times, she’s the only person who’s consistent. He’s lost children; he’s lost all his family. So I think there’s a strange contradiction between nonchalantness and being terrified to lose [her].”

On the action genre being his ‘calling card.’
“I think Hollywood wants to be safe. The things you do first become your calling card, and I think people just sort of go, ‘Well, we know he can do that.’ They kind of put you in that hole. I love to do action, but I think at heart, that’s part of the Carter Hall role that I’m so drawn to: the reincarnation. I like the fighting aspect, I like the superhero aspect, but I’m hoping and praying that the writers will push more into the humanity of being around for 4,000 years.”

On breaking into indie film.
“To be honest with you, I’ve been dying to do a nice indie feature—just something about a regular guy with a big quirk or a big emotional problem. Just something that’s a straightforward, classic indie film. It sounds weird, but it’s been easier for me to get cast in big tentpole films than the indie community. I’d love to do that.”

Benjamin Lindsay
Benjamin Lindsay is managing editor at Backstage, where if you’re reading it in our magazine, he’s written or edited it first. He’s also producer and host of a number of our digital interview series, including our inaugural on-camera segment, Backstage Live.
END_OF_DOCUMENT_TOKEN_TO_BE_REPLACED