How NOT to Freeze in an Audition: 5 Alexander Technique-Based Tips 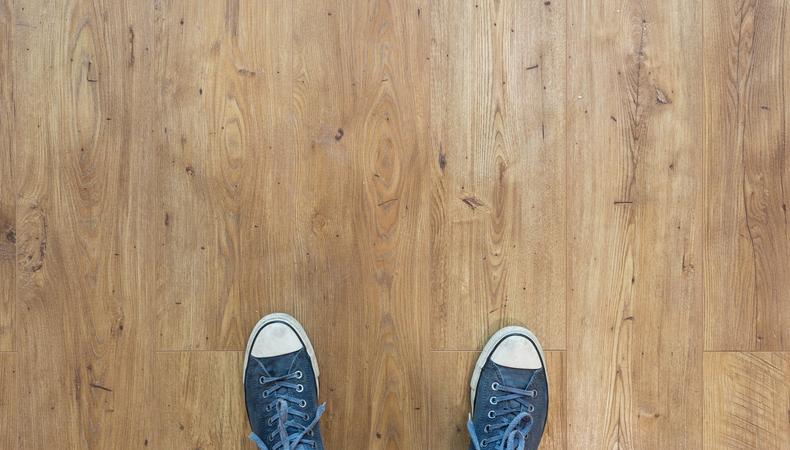 There’s a familiar phrase among actors that goes, “acting is reacting.” And while it’s true, it applies to much more than just acting. The truth is, we’re always reacting, even when we’re not on stage or in an audition.

When you freeze during an audition, what you’re reacting to is the anticipation that something will go wrong at some point in the future. You’re reacting to the worst-case scenario even though it hasn’t actually happened. The solution is to find something different to react to instead—something that allows you to be playful rather than defensive.

When we feel unsafe, our body responds by triggering basic autonomic nervous system reactions: fight, flight, freeze, faint. Those reactions are hard to change directly and hard to change quickly. That’s because when you experience fear, your body generates a quick burst of adrenaline and even when the scary stimulus is gone, it takes another 10 to 20 minutes for that adrenaline to work its way out of your system.

The typical reaction to these nervous feelings is to pay attention to them. But here’s my advice: don’t. Don’t be hypersensitive to how your body is feeling.

This may feel counterintuitive, but you don’t want to start from a place of trying to correct, force, or shift the physicalization of your body. You don’t want to start with provoking even more feelings of being “wrong.” Instead, you want to bypass the response that’s already started and move on to the next thing.

If you freeze, it means you’ve lost your flexibility and playfulness and you’re struggling to regain control. The good news is that your natural ability for social engagement is just as strongly built into your nervous system as your defenses. Before you enter that audition room, you can establish your sense of safety and reset your nervous system by playing a game.

Here are a few warm-ups or games I recommend to actors who freeze up in auditions, on set, or before going on stage:

To make the game even more effective, smile. Get your facial muscles to respond to your reactions and interactions with the world. That’s another huge part of playfulness: finding pleasure in what you are doing.

“Where’s the floor?” Once you’ve established where you are and what’s around you, tune into what’s supporting your body. Sense the floor through your body, not your eyes. Your proprioception—the unconscious data and information your body delivers to your brain simply by being in a space—will tell you that the floor has features that are important for safety. The floor is trustworthy because it’s firm, because it’s not moving. And no matter what you do, it will always be there; it’s a constant. And the bonus is that you don’t need to replicate that hard, motionless support with your body. You can let go of excess tension because the floor is being hard and motionless for you.

Exhale
People think the key to calming down is to take air in but by doing that, you’re actually just topping off the tank of the air that’s already in there. That creates a tension-producing sensation in the chest that feels like anxiety. Often, you wind up taking only a very shallow breath.

Instead, exhale. Take your time and use a consonant to slow you down: “ffffffffffffffffff.” Empty the tank and then, simply by virtue of the laws of physics, you will automatically inhale. Your exhale kickstarts your resilient breathing process. From that point on, encourage yourself to breathe easily, deep into your back. To feel the support of the floor and of the room you’re in.

If you find yourself feeling not only frozen but also tired and empty of energy, you’ll want to exhale not only slowly but against a little resistance, making a sound like a “shhhhhhhh!” A little bit like an angry librarian. Make this exhale last as long as you can and give yourself plenty time to look around the room while this and your follow-up inhale occurs. Doing that just a couple of times can help reset your system. And once you’ve done it, let yourself know you’ve succeeded. Smile.

Agree to Play
Sigh with satisfaction. When we play, we seek pleasure. And when we feel good, we perform at our best. Now is your moment to tune in by asking yourself to agree to play. Notice that your mind is curious and ready to play. Your heart is invested, ready to play. Your gut is alert, ready to play. When we agree to be playful, we’re letting go of the “no” and our worry about being perfect. We set our sights not on the end result, but on the vitality of being inside the game.

Up and Out
If you’re ready to play, you’re allowing yourself to lighten up. You will want to grow taller, expanding up and out into the room. Let the muscles that control your head movement unlock so you can engage and interact. Your animal-like readiness is available for this audition.

As you go through the five steps above, keep track of what’s working. When something does work, gently nod your head yes and smile. You want to remind yourself that you’re succeeding. You’re playing.

An audition is an opportunity to let the casting director see and experience who you are and what excites you artistically. Remember, you’re helping them out too. They need the perfect actor to cast the role. Seize the opportunity to show them that could be you.

Belinda Mello
Belinda Mello is a senior level Alexander Technique teacher and movement specialist with nearly three decades of experience in the performing arts. She currently teaches at the SITI Conservatory and The Barrow Group, and was an adjunct assistant professor for Alexander Technique in the Brooklyn College/CUNY Theater Department for 15 years, where she has also taught acting, movement, and mask.
END_OF_DOCUMENT_TOKEN_TO_BE_REPLACED