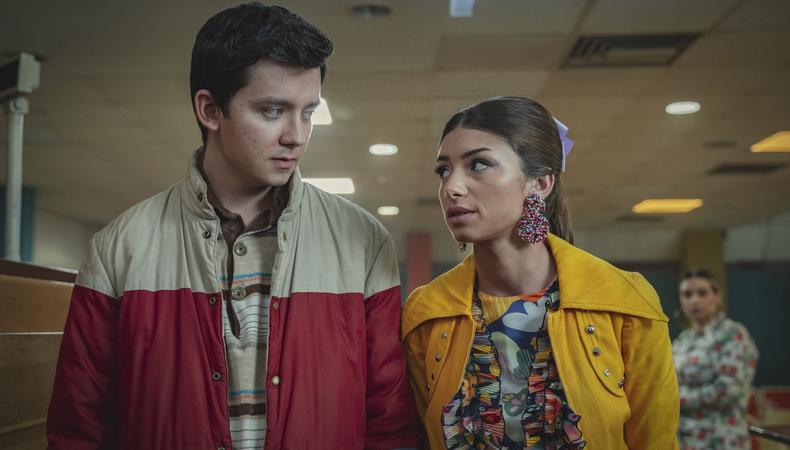 From Stranger Things to Emily in Paris, Netflix has become synonymous with churning out viral sensations. Many of the streamer’s top series have garnered cult followings. One such sleeper hit, Sex Education, has established a dedicated fan base. As viewers await the Season 4 premiere, you might be wondering how you could land a role on the British comedy-drama.

In this in-depth guide, we walk you through everything you need to know about the Sex Education casting process, where you can find open casting calls and auditions, and surefire audition tips from the ensemble and casting director.

What is Sex Education about?

Sex Education follows Otis Milburn (Asa Butterfield), a student at Moordale Secondary School and son of sex therapist Jean Milburn (Gillian Anderson). Initially torn about the idea of sex—thanks to his mother’s chosen profession—Otis ultimately becomes a pseudo-therapist for his friends at school, setting up a sex clinic with the super-smart Maeve Wiley (Emma Mackey). Though their underground business quickly becomes a success, an eventual chlamydia outbreak and the arrival of a new headmistress leave Moordale’s students without a school to return to the next year. Developers purchase the property at the end of Season 3, leaving the futures of Otis and his crew uncertain. How will the teens cope with the upheaval in Season 4? If fans have their way, Otis and Maeve’s will-they-won’t-they dynamic may finally reach the climax they’ve been hoping for. 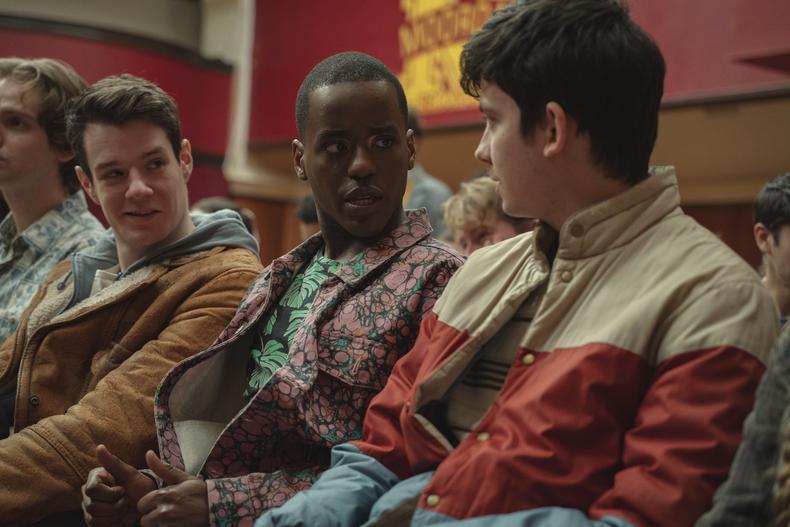 Who is in the cast of Sex Education?

However, multiple members of the main cast announced their departure at the end of last season. While Variety confirmed that Ncuti Gatwa will return for Season 4, despite being cast as the next Doctor on Doctor Who, Simone Ashley, Tanya Reynolds, Patricia Allison and Rakhee Thakrar all chose to leave the show after Season 3.

Who is the casting director for Sex Education?

Lauren Evans (The Girlfriend Experience, Paddington 2) is the main casting director for the series. What should you do if you ever end up in her audition room? “Relax!” she said. “The process is so much more enjoyable and successful if you don’t place too much pressure on yourself and the situation. We are here to help and facilitate a good audition, so work with us.” She added, “I try to make it as relaxed and informal as possible. Most actors get nervous before each casting, so I try to dissipate that as best I can. I try to prep the scenes well so I can give them something to play off [of].”

Evans also advises actors to be themselves. “Talk about things other than ‘industry talk,’ ” she continued. “I’m very keen to hear about people’s cats and wacky families. It’s nice to get a glimpse of the person who will turn up to set should they get the part.”

Actors should read the entire scene, not just their lines, in advance, because understanding stage directions can aid their performance. “If something in the scene confuses you, ask questions. We’re more than happy to help where possible,” Evans said. “I’ve often encouraged young actors to tape themselves at home so they can watch their performance. They need to develop an understanding of what works onscreen and adapt their style of delivery.

The CD says she remembers conversations with actors as much as auditions themselves. “No audition is wasted; we’re constantly thinking of other things you might be suited for,” she said. 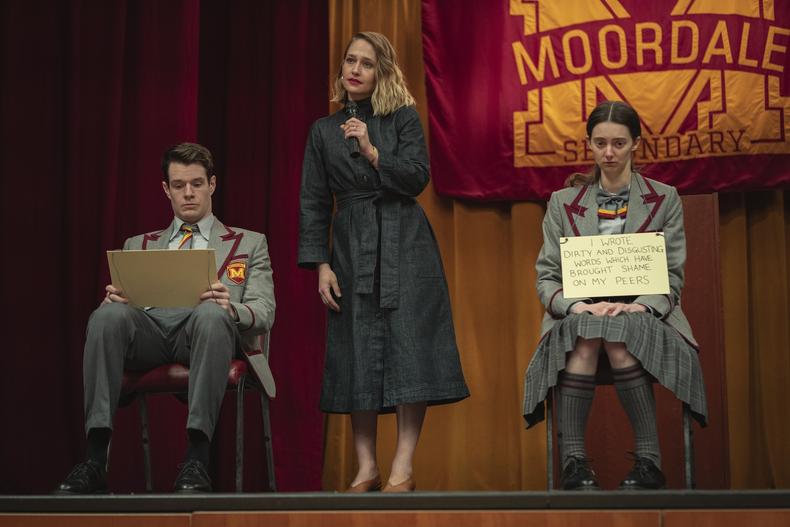 How does the casting process work for Sex Education?

When casting the show Evans said she had the freedom to bring in unknown actors instead of big-name stars, allowing her to prioritise “really talented people.” She said, “We did a huge search—not just with theatrical agencies, but at National Youth Theatre, drama groups, and weekend drama sessions. And I went into swim clubs and rugby clubs, looking for ‘jocks’ and ‘head boys’ and things. [The size of my search] did mean being confident with your instincts, knowing who to push forward and who you can dismiss quite early on—because it’s our job to filter through to the next stage and present your ‘selects’ to the team [instead of] putting forward hundreds of people for them to look at.”

Gatwa, who plays Eric Effiong, benefitted from this approach, as Evans’ thorough search helped him land his big break. “She’s amazing. The lengths that she goes to to find the actors that she does to be brought into our weird and wonderful world is amazing,” he told us. “She’s so, so, so hardworking. I think she had discovered me because she used to work with a very prominent casting director in the UK called Nina Gold. I think I had done a couple of takes for Nina. And [Lauren] had the idea to bring me in for Eric.

“I remember talking to her—I think I was auditioning for Edmund in King Lear, the naughty brother,” he continued. “And I don’t know how she got from that take that I would be good at playing Eric, but she did somehow. She brought me in and was really cool and made the audition process calm and cool and very familial. She was down-to-earth and made the whole audition process very fun.”

Evans said that because it’s a “relationship show,” chemistry reads were particularly important. ”We really put the cast through the wringer, poor things,” she said. “I think we did a couple of different pairings as well, because we had a few front-runners for each role. And at that stage of the casting, it’s all about going slowly, so we brought some people back five, six times. It was like The X Factor, there were so many people in the room.

“There’s so much pressure in chemistry reads, but I would give the same advice to actors as in any other casting: don’t psych yourself out,” she advised. “Relax yourself as much as you can, and know we are there working with you. I think actors often come in thinking that CDs are there to test them or judge them, or maybe even to catch them out. Take stock of what you’re doing; get yourself to a calm, relaxed place where you can do your best work; prepare well; work with us; and ask us questions. We’re not terrible people. Mostly.” 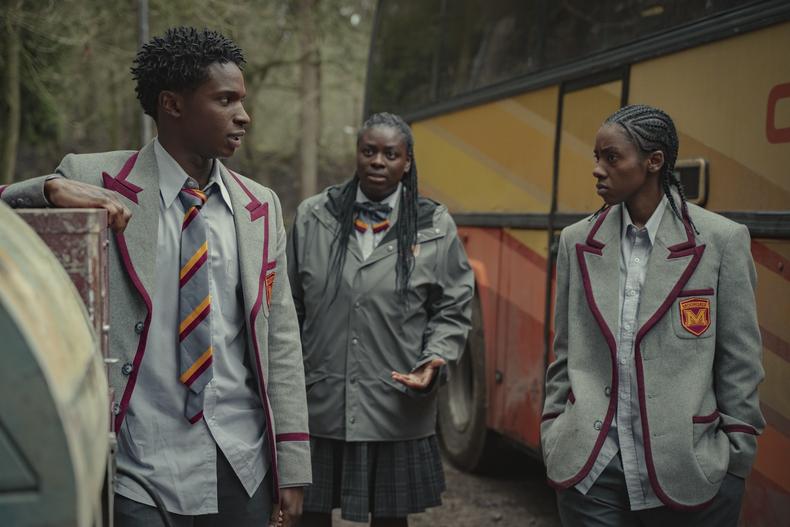 When does filming for Sex Education Season 4 start?

Filming for the new season is already underway. According to new behind-the-scenes images, the cast returned to the set in early August. Season 4 received the greenlight in September 2021, shortly after Season 3 premiered on Netflix. However, up until July, fans were unsure as to when the show would resume filming. But on August 5, Asa Butterfield tweeted a selfie from outside his trailer with the caption: “Guess who’s back.” Fans posted a slew of heart emojis in response. 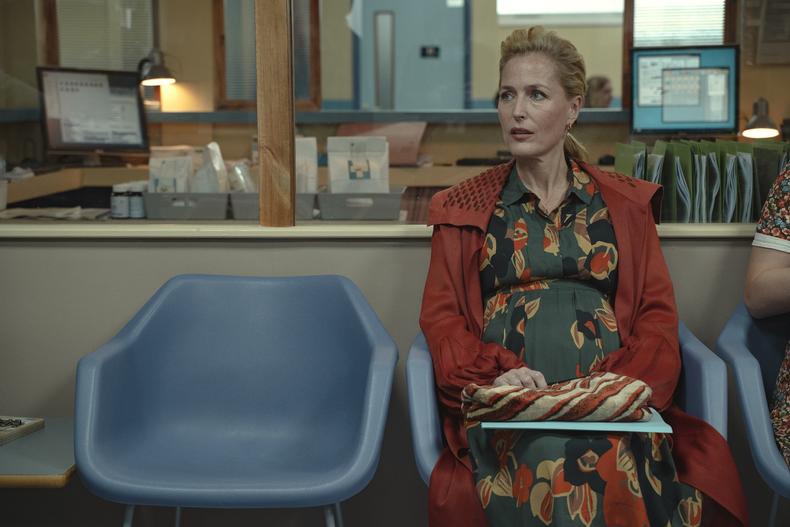 Where can you find Sex Education casting calls and auditions?

The Netflix series has already turned to Backstage once for its casting needs, as the CDs were seeking Bristol-based talent, aged 18–30, for background roles in the series. Bookmark our main casting call page for the latest information on upcoming opportunities. 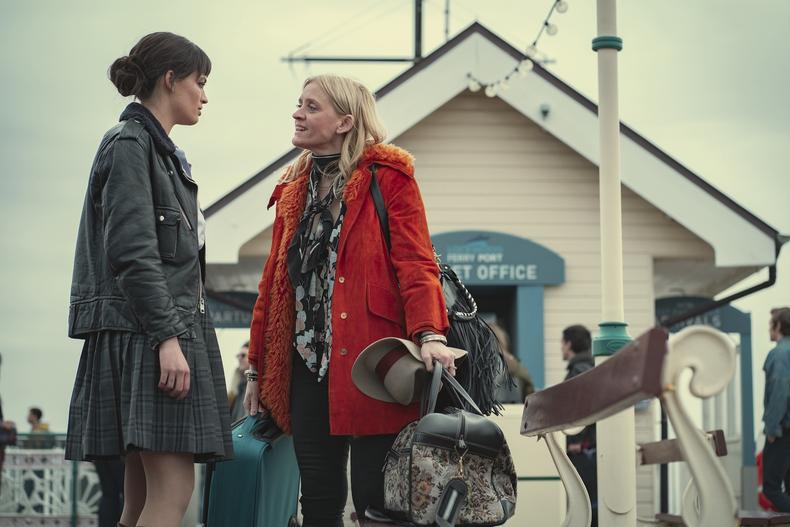 What are the best audition tips for landing a role on Sex Education?

Explore how the character differs from you. For Butterfield, who already has years of acting under his belt in films like Hugo and Ender’s Game, auditions offer an opportunity to experiment and get inside the character’s mind. “You might just have a scene, and you have to make a lot of guesses,” he said. “You have to do your own approach to it. If you’re just sending in a tape, for example, it’s quite hard, because you might read a scene a certain way, and do your tape for it, and it might just not be what they’re looking for. It’s hard to know, so you’ve really just got to go with your gut instinct and find a way into this character.”

But don’t let that deter you. Instead, use your audition as the chance to show your creativity. “Find out what makes [the character] different from you, whether it’s the way they speak or the way they move in the scene; just figure that out. Know your lines, obviously, so you don’t have to think about that. And have fun with it!” he continued. “Don’t be afraid to experiment. When you’re doing an audition, they want to see something fresh, and they want to see some of you and some of your ideas.”

Own who you are. Known best for her role as Special Agent Dana Scully on The X-Files, Emmy winner Gillian Anderson is an industry veteran. Still, she’s no stranger to self-esteem issues. But she said that “once we start owning everything about ourselves and accepting we are who we are, we are how we are, and loving ourselves for what we are exactly as we are, it’s at that moment that we start to radiate [self-esteem].”

Gatwa echoed the sentiment. “It’s quite natural, as an actor, to compare yourself to how well other people are doing and how other people might’ve played that role you auditioned for,” he explained. “There’s a lot of comparison you can do as an actor, which is natural, because it’s a competitive industry. However, we’re all individuals, so you can only ever be yourself. I would’ve told [my younger self], ‘It’s OK; calm down; you’re doing fine. Things might not make sense now, but they will eventually.’ You know that Kris Jenner meme ‘You're doing amazing, sweetie’? I would have that playing in my head.”

Remain open to suggestions. While Evans wants you to come to your audition prepared, she added that you shouldn’t be “so rigid in your approach that you can’t change it up if asked for an alternative version. If you haven’t got time to prep but you can sight-read well, then that’s fine. But it’s hard when you know someone’s got the ability to give you a really good take, but because they can’t look up from their script, you can’t see enough of them.”

Take a subtler approach. Evans says that doing too much can pull focus from your performance. “Don’t dress in full costume. Sometimes a nod to it can be good, especially if it’s an era. But if you do come in full costume, not only is it distracting, but your interpretation might be off—it might be different to what the team are thinking. Props also tend to be distracting—but sometimes they can really work out great. When Rakhee Thakrar auditioned for Ms. Sands in Sex Education, she brought in a sandwich; and it worked perfectly, because she was eating, and there would be moments where she couldn’t speak. It was hilarious. But I think it’s about instinct. And you can always ask.”