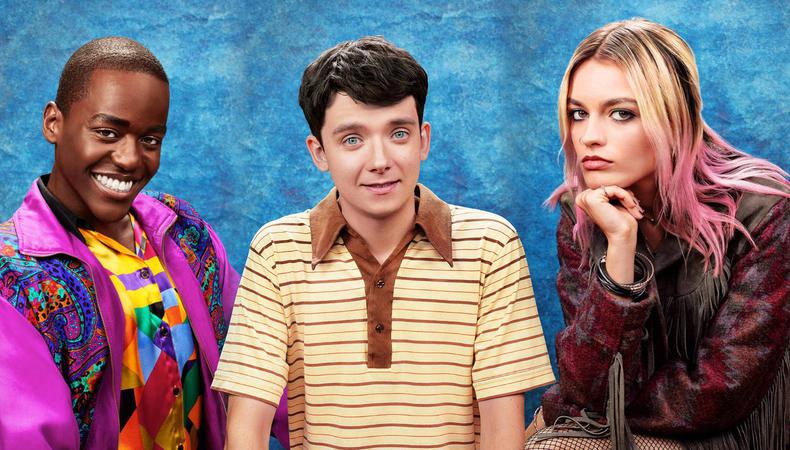 There’s plenty of valuable insight for actors from the conversation between Sex Education casting director (CD) Lauren Evans and Backstage’s Hannah Williams. Evans, who also has Game of Thrones, Star Wars, and Harlots on her CV, let us into the process of casting Netflix’s hit, gave her advice on making the most of an audition, and laid out why and how you should be emailing her. Here are just some of the takeaways from the class:

On casting the net wide for Sex Education
“We were given freedom to cast people who were unknowns rather than look for actors that would sell the show, which is refreshing because at the heart of it, we just wanted really talented people. And so, we did a huge search – not just with theatrical agencies, but at National Youth Theatre, drama groups, and weekend drama sessions. And I went into swim clubs, rugby clubs, looking for ‘jocks’ and ‘head boys’ and things. [The size of this search] did mean being confident with your instincts, knowing who to push forward, and who you can dismiss quite early on, because it’s our job to filter through to the next stage and present your ‘selects’ to the team, not putting forward hundreds of people for them to look at.

The person we found who hadn’t done anything before was Emma Mackey [who plays leading role Maeve Wiley]. I think someone recommended her from a casting she’d done and said: ‘This girl’s really good – you should probably check her out.’ But she hadn’t done anything and she didn’t have any headshots. Maeve was such a difficult part – everyone came in and put their own spin on it. They were all really interesting but we just didn’t feel like we found it. And then Emma came in and I remember [director] Ben Taylor’s face – he was like a giddy schoolboy! When Emma left and we shut the door, he was like: ‘Eeeeee!’ It had taken a while but we’d found her.”

On CDs adjusting their ideas
“[We’re on the lookout for] this sort of spark of potential. And as you’re going along and getting people in, you’re also assessing whether your approach to the role is right, adjusting your thinking on the character from what you're getting in the room. But there were people who met for roles they didn’t get, but were kept in mind for others. For example, Amy Lou Wood met for the role of Lily, then we cast her as Amy. And I think Patricia Allison came in for Kate, and Lily, and then Amy, and then we cast her as Ola because she had this fantastic energy and lovely subtle style of delivery, and we wanted to include her somewhere and we just had to find the right fit.

Some people we found really quickly – Connor Swindells, for example. I knew of him before from Harlots but I wasn’t sure if he could do comedy. He was one of the first people to meet for Adam and he absolutely nailed it. But other characters took weeks or even months. We’re trying to find people who fit well together and also ensure it feels inclusive and a true reflection of our society. For instance, Eric was written as black because it’s a massive part of his storyline: his heritage and his struggle with his sexuality and his dad. But everyone else was open. We cast without limitations on ethnicity, unless it’s justified in the script.”

On the importance of chemistry reads
“Sex Education is a relationship show, so we had to get them in together. We really put the cast through the wringer, poor things. I think we did a couple of different pairings as well, because we had a few front runners for each role. And at that stage of the casting, it’s all about going slowly, so we brought some people back five, six times. It was like The X Factor, there were so many people in the room. I mean, incredibly supportive people. But still, lots of us sat there watching.

There’s so much pressure in chemistry reads, but I would give the same advice to actors as in any other casting: don’t psych yourself out. Relax yourself as much as you can and know we are there working with you. I think actors often come in thinking that CDs are there to test them or judge them, or maybe even to catch them out! Take stock of what you’re doing, get yourself to a calm, relaxed place where you can do your best work, prepare well, work with us and ask us questions. We’re not terrible people. Mostly.”

How to make the most of an audition
“Prep the scenes really well, but don’t become so rigid in your approach that you can’t change it up if asked for an alternative version. If you haven’t got time to prep but you can sight-read well, then that’s fine. But it’s hard when you know someone’s got the ability to give you a really good take, but because they can’t look up from their script, you can’t see enough of them.

Sometimes we can’t give an actor bags of time, so I don’t expect them to have researched the project, all the crew and creatives, and to have learned the script and fine-tuned their approach to it. Especially with less than 24 hours’ notice! But I find it annoying when I know someone is really good and they have time but don’t prepare. And you think: ‘Ah, what a wasted opportunity.

Don’t dress in full costume. Sometimes a nod to it can be good, especially if it’s an era. But if you do come in full costume, not only is it distracting, but your interpretation might be off – it might be different to what the team are thinking. Props also tend to be distracting – but sometimes they can really work out great. When Rakhee Thakrar auditioned for Miss Sands in Sex Education, she brought in a sandwich and it worked perfectly, because she was eating and there would be moments where she couldn’t speak. It was hilarious. But I think it’s about instinct. And you can always ask.”

Tips for self-tapes
“Never read directly down the lens, always just to the side of it. If you’ve got someone else you need to focus on, speak to the other side of the lens so that you’re not in profile, otherwise we lose all the lovely work you’re doing. Don’t be really far away – we need to see your face. It’s always difficult to have a successful self-tape if you don’t have someone reading the lines, even if you have to record yourself and play it back. But when you don’t have anyone reading the lines back at all, I find that quite jarring. And if it’s really difficult for you to make a connection to a recording of the lines, put your friend on speakerphone – that’s great.”

Emailing casting directors
“Now is as good a time as any to be emailing us. And if by chance your face fits a brief we have at the moment, then bingo! I keep all my tapes from every actor I’ve ever met because if a name comes up, I look up to see what my note is on them and watch the tape to see if I want to bring them back in.

You don’t need to write a covering letter with an email. Just be brief, clear, concise. Something like: ‘This is my name, this is where I’m from, and this is what I’d like to show you, please do keep me in mind...’ I think when your email starts to become a life story, then it’s all a bit much.”

Staying sane, even after lockdown
“I’m just trying to watch TV at the moment. I’m attempting to bake and craft with my toddler, and I’m getting out in the fresh air. I think it’s easy at the moment to get stuck with researching online and thinking you need to be on your screen all the time. But actually, getting out and putting your mind to something else is important. You don’t have to be pushing forward with your career right now – it’s an insane time. Just as in everyday life, you don’t have to live and breathe this. Like I always say, when we do that walk from the waiting room to the casting room, we don’t have to talk about the show or the industry – we can talk about you, about your life. It’s OK to have one.” 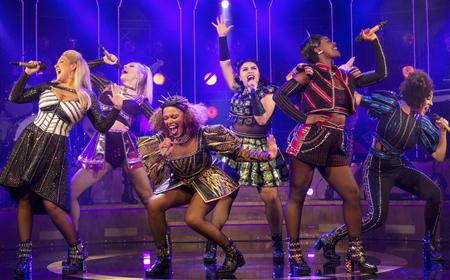 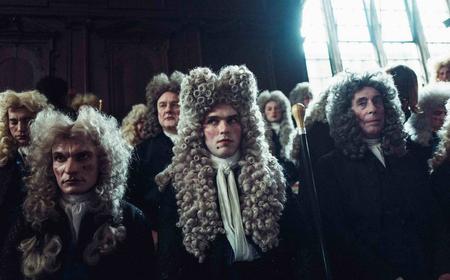 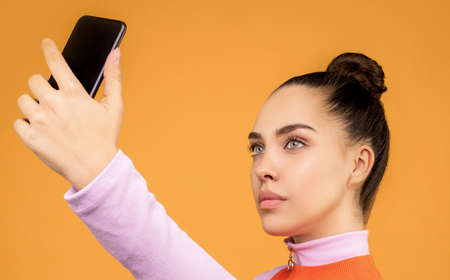