Why Jake Gyllenhaal Hit Refresh on His Career 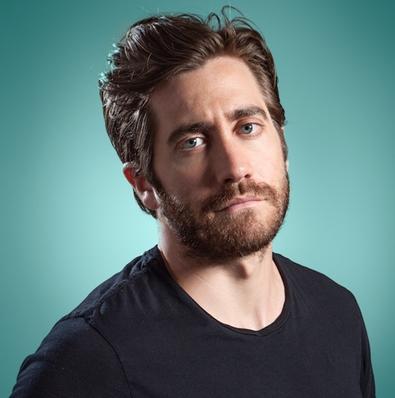 Anyone can be guilty of going through the motions—even Jake Gyllenhaal, and even the people who write about him.

“When you have a lot of opportunities, which I am blessed to have had in terms of my work, you get into the habit of not paying attention to certain specifics,” Gyllenhaal says. “And as we get busy, anything we do is the same thing.” Warming to the theme, his voice rises, and he makes an example of the interviewer. “You’re going to churn out this story, then you’re going to churn out another story, you know? And you fucking probably know how to do it perfectly, and you can do it in a certain period of time, and you probably have half of it written already somewhere in your mind. You don’t get to be in the position you’re in without knowing how to do those things and having certain things already in your back pocket.”

Satisfied that he’s made a convincing parallel, Gyllenhaal returns to the topic at hand. “And I wanted to throw all of that away. I asked myself, ‘What if I just start from scratch and devote myself only to this one thing? What happens when you do that for five months in preparation?’ ”

Filmgoers will find out when “End of Watch,” the gritty cop drama that inspired Gyllenhaal to seek a fresh way, opens Sept. 21. New York City audiences, however, will get to double-dip on the 31-year-old, who is appearing Off-Broadway in “If There Is I Haven’t Found It Yet,” opening Sept. 20. The timing, as with so much of Gyllenhaal’s career, is fortuitous.

“I made a promise to myself 10 years ago that for every three movies—if I had the opportunity to do three movies!—I would do something on the stage,” Gyllenhaal says during a break from rehearsals. “And I broke that promise to myself and woke up 10 years later going, ‘Why am I not doing what I love doing?’ I had the opportunity, and I needed to seize it before the door closed and nobody wanted me!”

Gyllenhaal can be forgiven for allowing so much time to lapse between stage performances. Since his 2002 turn in a West End revival of “This Is Our Youth,” he has gone from indie fave to major movie star, picking up an Oscar nomination for “Brokeback Mountain” along the way.

Now the actor will be appearing nightly in Nick Payne’s family dramedy, as the directionless uncle to an overweight teenager whose parents are alternately baffled and worried by her. Oh, and the family’s British. And Payne’s dialogue is evocatively oblique. And Gyllenhaal’s Terry is somewhat inarticulate.

Gyllenhaal doesn’t take it easy on himself.

“I feel like I do,” he argues, “given that Nick’s writing is brilliant. There are twists and turns like driving the streets of Paris at 150 miles per hour, but ultimately I feel like I’m kind of saved by how brilliant everything underneath it is. But it’s not the easiest of roles to have picked out.”

Stars like Gyllenhaal, who bring the ready-made tag “Oscar nominee” to advertisements, billboards, and posters, are catnip to Broadway producers. Given his pick, however, he chose an elliptical British family drama rather than something more commercial. Gyllenhaal has been longing to perform this particular play for two years, but still. Off-Broadway? Doesn’t Broadway do serious dramas?

“The size of the show is really fitting for Off-Broadway,” he says, though avoiding the fanfare of Broadway likely wasn’t too disappointing for him. “I know everyone’s in the business to make a profit, but I also think there’s a real sense of not being involved in that game [Off-Broadway]. Just the real sense of ‘Let’s get down to work, and we don’t have to think about the other things.’ ”

It makes sense that the child of professional artists—director Stephen Gyllenhaal and screenwriter Naomi Foner—would, no matter his star wattage, balk at the overtly commercial and gravitate instead toward the collaborative and weird. Case in point: “End of Watch,” for which Gyllenhaal re-imagined his approach to the craft. Jetlagged and unable to sleep, he first read the script in an hour and a half in the middle of the night and met with writer-director David Ayer the next day. That’s when the actor decided to find out what would happen if he dedicated five months of his life to preparing for his role.

A sliver of a plot about a dangerous drug cartel skirts the edges of “End of Watch,” but for the most part the camera is content to record the interaction between Gyllenhaal and Michael Peña’s best friends and partners. The intense five months of preparation that Gyllenhaal and Peña dutifully put in—including ride-alongs multiple nights a week, putting both men in bulletproof vests and life-and-death situations—pays off in a believable, back-slapping bro friendship between the two.

As with his best work (“Brokeback Mountain,” “The Good Girl,” “Zodiac”), Gyllenhaal’s “End of Watch” performance pivots on the chemistry between himself and his co-star. Gyllenhaal’s talent has always been in invisible, seamless partnering; he’s a team player in a leading man’s body—a team leader. When he’s working off other actors who push him, and against whom he can push back, he shines. When he treads a more traditional Hollywood route (“The Prince of Persia”), the results can be less warmly received. “End of Watch” and its dependency on his chemistry with Peña reminded Gyllenhaal of the importance of interacting, and how, in his words, “to get back to not being able to be OK without another person.”

So it isn’t surprising, in the end, that Gyllenhaal chose an ensemble play Off-Broadway for his stateside stage debut. “To feel like you’re a part of a family that is truly relying on each other to stay afloat—that idea is what drew me in,” he says. “I had no real explanation for not doing a play for essentially a decade, but I intend not to make that mistake again. Hopefully, ideally, it will be three plays for every movie.”