Make ‘Room’ on Your Oscar Shortlist for Brie Larson 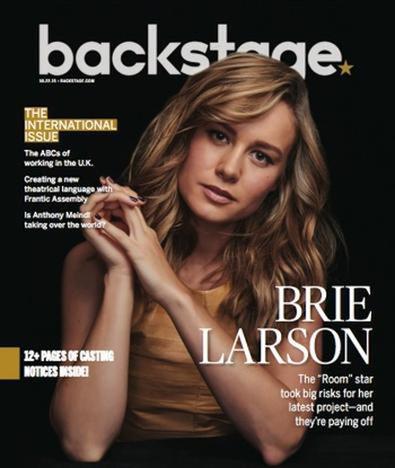 Acting, according to Brie Larson, is just like scuba diving.

“I know it’s odd,” she acknowledges with a shrug. “But when I was getting scuba certified, it was explained very early on that you never get to just strap on a tank and jump into the ocean. You have to know how deep you’re going, and the deeper you go, the less amount of time you stay down there—and it takes longer to get to the surface.”

It’s an apt metaphor for anyone who immerses themselves in characters for a living, but the imagery works particularly well given Larson’s performance in “Room,” Emma Donoghue’s film adaptation of her novel (currently in select theaters with a Nov. 6 nationwide release after taking the Toronto Film Festival by storm). As Ma, a young woman confined to her kidnapper-rapist’s backyard shack for seven years, Larson had to plunge to alarming psychological depths. As she says, “It’s very draining to play somebody with that type of emotional charge inside of her.”

It’s equally draining promoting such a film, even for a pro. In the midst of a junket day, having woken up at 3 a.m. and given back-to-back interviews all day while readying for yet another screening that night, it’s understandable that Larson gasps with joy upon receiving a cappuccino. But the fatigue doesn’t show; even when pawing through the snacks before her—“Would you like some chips? We’ve got Goldfish, we’ve got Cheetos!”—she’s fully present, answering questions with clarity and confidence. Years of experience in the film and music industries have prepared her for the marathon that is awards season.

“It’s impossible, when you’re playing a character for 12 hours a day, to assume that’s not going to rewire some aspects of your brain,” she continues. “It just will. Your brain is so lovely and so willing to please. It wants to help so much. But then you have to spend an equal amount of time undoing those neurons you’re wiring together, to make sure you’re back to yourself.” 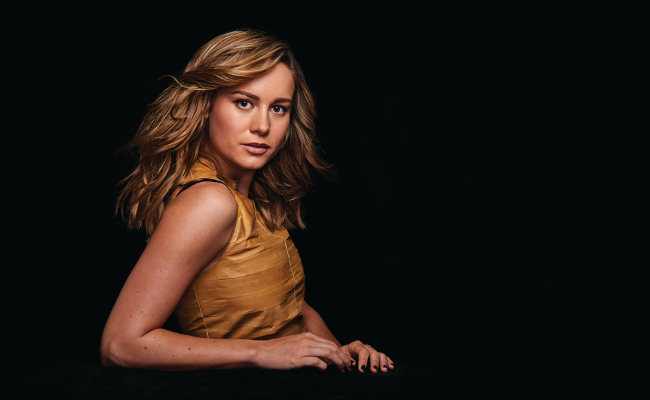 To avoid the acting equivalent of the bends, Larson kept friends and family close—“People sent me care packages,” she says—talked regularly to her therapist, and made lists of the qualities that differentiate Ma and herself, “so any time an emotion comes up that’s, like, ‘I feel so helpless,’ you go, ‘Oh, that’s Ma. That’s actually not me.’ ”

But Larson’s most reliable buoy was 9-year-old Jacob Tremblay, the actor playing Ma’s son, Jack, and the film’s narrator. Born inside the shack, which they call Room, with no knowledge of existence beyond its four walls, Jack provides Ma with a reason to live—as well as, eventually, the means to escape. Larson says her young co-star helped inject humor and play into the process, while enabling her to focus all her energy into caring for him the way the character would.

“Ma’s role in the film was to support Jack and to do whatever she could do to continue to support him, so it seemed only logical for me to support him, for Brie to support Jacob.” Larson had encountered a similar phenomenon with “Short Term 12,” the 2013 foster care drama that put her on the map and in contention for “Room.” As the supervisor of a facility for at-risk teens, Larson gives a powerhouse performance precisely because of her selflessness, reacting with full-bodied commitment rather than just acting. “So much of my thought process during that movie was about caring for these kids,” she says. “I found it relieved so much tension for me.”

Asked about the similarities between the two characters—both face crippling sexual abuse, for one—Larson says she was very much “starting all over again with a bunch of factors in ‘Room’ that are impossible to embody just from your typical life.” She met with trauma specialists and doctors to understand the effects of claustrophobia and inadequate sunlight, and rehearsed with Tremblay in the space, crafting handmade toys and drawings. In the seven months between booking the job and filming, Larson worked daily to make Ma’s habits rote. “I didn’t have to think about making any choices, like, ‘I’ve got to remember my wrist is hurt, my teeth are bad, I’m depressed and exhausted from lack of vitamin D.’ You just prepare to the point that it looks effortless. Then you get the luxury of listening.”

Most remarkable, according to “Room” director Lenny Abrahamson, was Larson’s ability to keep Tremblay on track without breaking character. “Ninety percent of the focus will be on the child,” he explains. “Keeping [him] concentrating, talking him through takes, stopping and starting. Brie, far from being put off from this, would be able to help in the middle of an emotional scene—get the hair out of his eyes or stop his foot from hitting the table.” 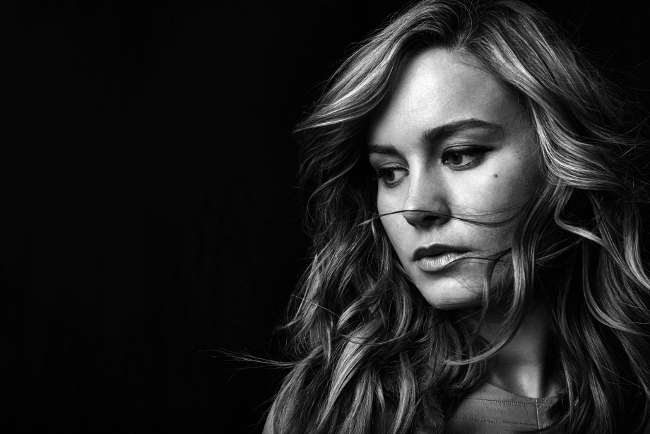 Abrahamson also marveled at Larson’s capacity for anger; if “Room” is, as he calls it, “almost a parody, a dark version of a terrible marriage,” Ma’s maternal frustrations must play tenfold. “For somebody who’s not a parent, she does the most amazing job being a parent.” From their initial conversation about the role, Abrahamson says Larson had an undeniable “star quality,” but what made her irresistible was something altogether more organic. “With Brie, there’s a naturalness—that amazing combination of charisma and truthfulness.”

Nowhere is this more apparent than in the film’s final close-up, during which we finally catch a whisper of Ma’s inner monologue. What she is on the precipice of understanding, Larson says, is that “it’s not about saying ‘No’ to it entirely or shutting it out and saying it didn’t happen. It’s actually about bringing it closer and having a proper thank you and goodbye to it.”

The same could be said for Larson’s relationship with this character. “It was very hard to say goodbye to Ma. It took a long, long, long time. I felt like she was a ghost that haunted me for so many months afterward.” Stepping out of any role, what Larson calls “giving it the respect it deserves to put it in the ground, let it go, and move on,” requires as much gratitude as self-awareness.

“I couldn’t have played Ma if I didn’t have my own tragedies, my own pains, my own sufferings, and also my own connections to love, to my mom, to my friends,” she says. “You can’t live your life being afraid of the goodbye and worried about the hello. It’s all together. It all sort of wraps itself up and becomes a great opportunity to explore. And then hopefully to put it into whatever you’re working on [next].... There’s all this good and all this bad and all these things that happen in the middle and it’s just life, man.”

As her scuba diving certification can attest (not to mention her transition away from indie films, with Amy Schumer’s hit “Trainwreck,” and “Kong: Skull Island” set for 2017), Larson believes in the importance of variety. “If there’s any acting advice I could ever give, it would be to have a robust life. I love the word ‘robust!’ Because it includes everything; there’s a place for all of it. If you try to spend your life running away from it, you’re kind of missing out. On a color. Of the rainbow.” Her face scrunches as she laughs. “I’ve become more comfortable as time has gone on with saying goodbye because...I’ve been having so many conversations about the cyclical nature of life. It just keeps going.”

So does her day of press. As the next interviewer enters, Larson says another goodbye and another hello. And the cycle starts again.

UPDATE: Brie Larson won the 2016 Academy Award for Actress in a Leading Role.

Jack Smart
Jack Smart is the awards editor at Backstage, where he covers all things Emmy, SAG, Oscar, and Tony Awards. He also produces and hosts Backstage’s awards podcast “In the Envelope” and has interviewed some of the biggest stars of stage and screen.
END_OF_DOCUMENT_TOKEN_TO_BE_REPLACED