7 L.A. Modeling Agencies You Should Have on Your Radar 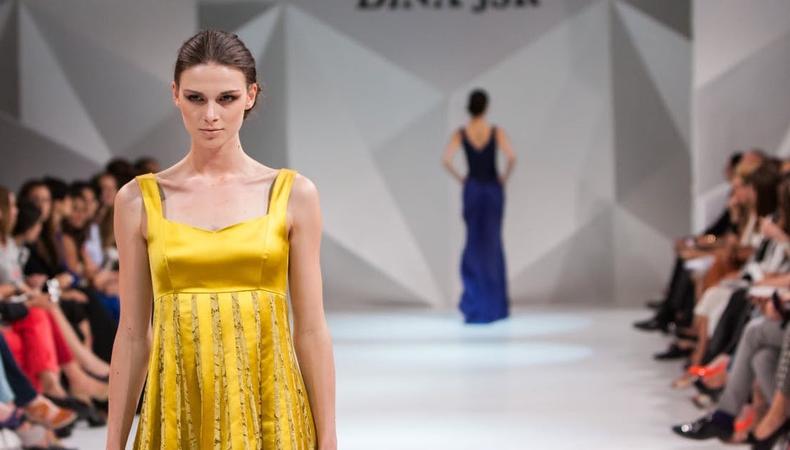 The Breakdown: Bella Agency has quickly risen to the top of the field due in large part to its two-tiered nature: it houses both fashion and lifestyle in one agency.
Submission Policy: Submit your headshot, mid-shots, and full-body shots through their web form.

Though established somewhat recently (2004), Bella Agency has already capitalized on the rapidly growing social media landscape by creating Bella INFLUENCERS, meant specifically to represent talent with a strong social media presence. In addition to that specialty, they also offer on-camera, commercial, and youth representation. Influencers like Sydney Lotuaco (“The Bachelor”) and Hayley Herms (“Revenge Body”) are repped by Bella Agency, as are working models Brooke Slade (NYDJ) and Bryana Knightly (Ulta). Knightly tells Backstage: “Bella Agency redefined the term ‘model’  for me. From day one they have encouraged me to be myself and to fully embrace my individuality. My Bella agents are very supportive and really guide me in the right direction. They have nothing but my best interest and that is something I thought would be hard to find.”

Though Bella is a highly coveted L.A. agency representing a diverse group of talented models and actors, they’re also passionate about fostering new talent, and offer a welcoming, inclusive environment—something the modeling industry isn’t always known for. Agency owner Ray Volant even says in an interview that Bella frequently grooms models with little to no experience when agents see potential.

The Breakdown: Genetic is the perfect agency for models looking to be represented solely for editorial work.
Submission Policy: Genetic's website details their guidelines and straightforward submission process.

Established in 2012, Genetic is one of the premiere boutique modeling agencies in L.A., and aims to both discover and develop some of the city’s most “preeminent” talent; in other words, it’s a great place to consider breaking in! Established clients frequently grace the covers of Harper’s Bazaar, Vogue Portugal, Grazia, and more. Models repped by Genetic, like Simona Kirchnerova (Vogue Czechoslovakia) and Yuliia Kurochka (Alo Yoga), work internationally for high fashion brands, but choose Genetic as their home base. The agency is a safe and supportive jumping-off point for newer models.

Technically a “Mother Agency”—or an agency that helps fresh models work with secondary agencies—Genetic is an incredible resource for budding models in the Los Angeles area who dream of working in high fashion. “Being signed to Genetics allows me to expand myself as a model by giving opportunities to work with all different types of talents in L.A.,” Carolyn Rose tells Backstage. “Genetics has made signing and getting my name out in L.A. very easy, since they are constantly sending me to new clients.” 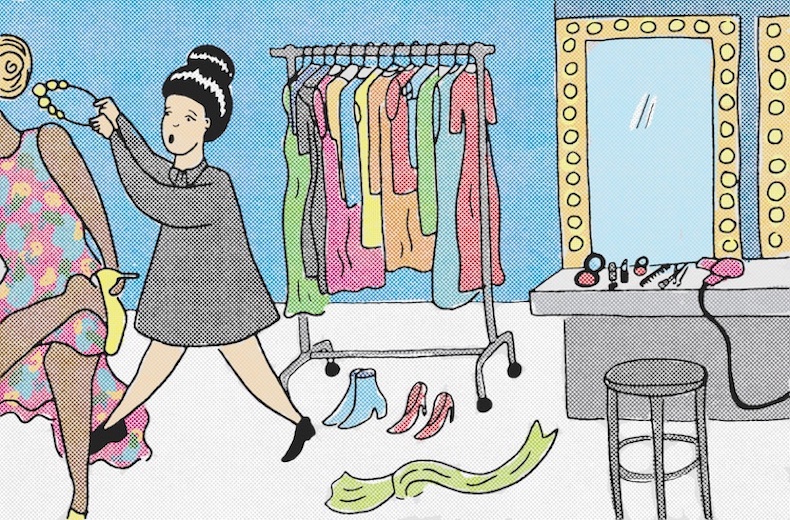 How to Become a Model in Los Angeles

The Breakdown: LA Models is the only agency on this list that specifically caters to models in Southern California.
Submission Policy: Submit online (under the "Become" tab), or attend an open call, held every Wednesday, 3-4 p.m.

More than 29 years ago, Heinz Holba set out with a mission to bring an international modeling presence out west. Holba found the healthy, elegant look of California models as an asset to the industry, as well as SoCal’s natural locales (beach, desert, mountains) for photoshoots. His efforts to encourage models worldwide to make the voyage to California have paid off, and today, LA Models is the largest modeling agency on the entire West Coast. Actor-musician Gabriette Bechtel (“I’m With the Band: Nasty Cherry” on Netflix) is signed with LA Models, as are Gizele Oliveira (Victoria’s Secret), Nyadhuor Deng (Nike), and Michael Yerger (Calvin Klein).

The agency boasts a strong team of agents and executives who take a personal interest in their clientele and adhere to a strong code of ethics. Karine Roman, LA Models’ Vice President and New Faces Director, launched the agency’s “Model Camp,” which exists to educate and support young girls looking to break into the industry. According to Teen Vogue, Roman also loves LA Models’ diversity initiatives: “Honestly, it starts with our clients. Fashion companies are finally understanding that they’re much more appealing when they work with models that everyone can relate to versus just the blonde blue-eyed girl.”

The Breakdown: With a 30+ year heritage as a major industry player, NEXT agents work closely with both established models and newcomers to craft lifelong, dynamic careers.
Submission Policy: Next Management frequently hosts open calls in various cities and on a rolling basis in their L.A. office. They also feature an online submission portal on their website.

No list of top modeling agencies would be complete without NextModel Management. With branches in New York, London, Paris, Milan, Miami, and L.A., it’s no surprise that the agency has seen its talent grace the covers of some of the biggest magazines including Vogue and Harper’s Bazaar, as well as walk runways in the shows of some of today’s most prominent designers. Powerhouse models on their roster include Alexa Chung, Rainsford (Reformation’s original “Dream Girl”), and Shaun Ross (Alexander McQueen, Givenchy)—but don’t let these recognizable faces deter you from pursuing representation here. Next is just as focused on discovering new talent as they are with establishing solid relationships with existing models and clients. From newcomers to supermodels, Next features a diverse slate of models and talent across the globe.

Actor and model Courtney Allegra outlines her positive experiences with Otto in a review: “I signed with Otto after getting back into modeling over a year ago, and they have opened up so many doors for me. Tereza and Jason are the sweetest, most genuine people and amazing agents who treat their models with respect and kindness. Otto has placed me with Wilhelmina MIA and never fails to send me out on castings and get me booked on great jobs with amazing teams! I definitely recommend Otto to anyone wanting to take their career to the next level with a fantastic & supportive team!”

The Breakdown: With the agency’s presence now on the West Coast, models who offer a more lifestyle-focused aesthetic have a fantastic resource in Q.
Submission Policy: Open calls are held every Tuesday, 10–11 a.m. at 8618 W. 3rd St. in Los Angeles. Bring your résumé and photos.

Having established a strong reputation in New York in 1998, Q Model Management has grown to become one of the strongest management agencies in the world (and an excellent asset to L.A.’s pool). Led by a progressive team of agents that includes Shelly Kolsrud (Head of Commercial Talent), Q’s L.A. branch is small but mighty. Their models have partnered with brands like Google, Facebook, Apple, Nike, Adidas, Starbucks, Amazon, and more.

The agency’s mission is to treat their clients like family, and ensure that their work environment is safe from harassment and weight-control practices. Commercial model Brandon S. shares his experience with Q: “I have worked with Q for a little over [five] years. I couldn’t be happier with my choice to sign with them commercially.... It’s like a family atmosphere. I know my agents personally. I don’t feel like a small fish in a big pond.” 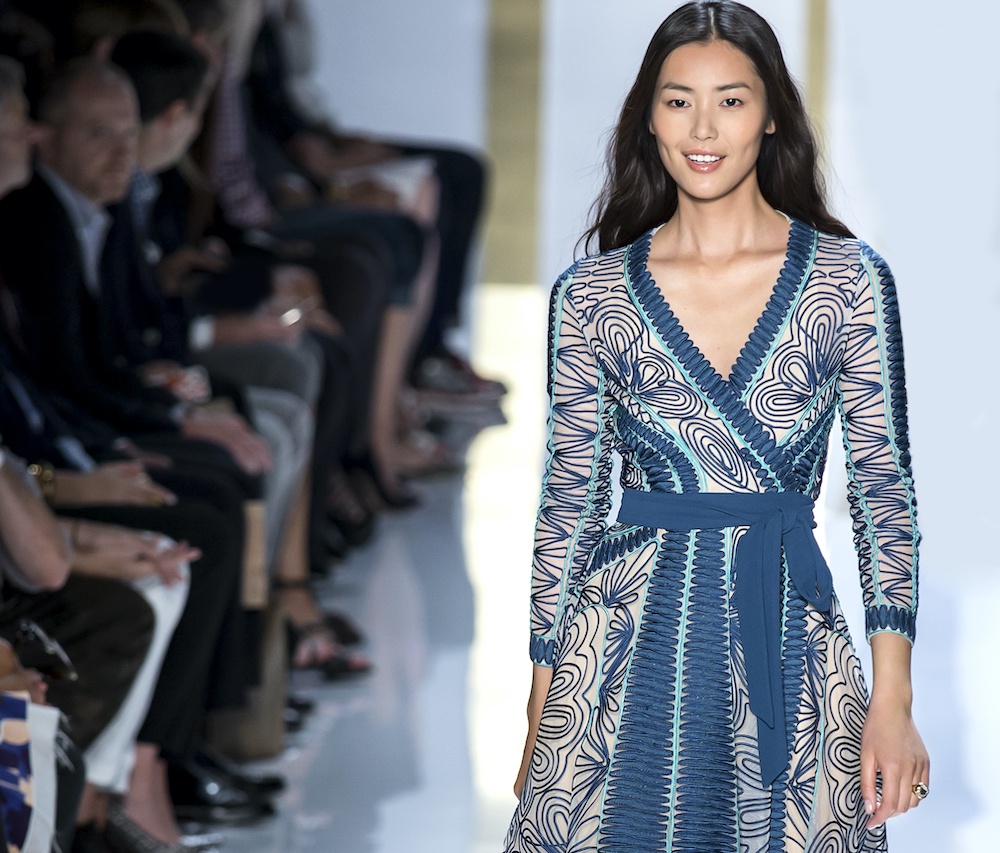 How to Use Backstage to Become a Model

The Breakdown: Hands down the biggest agency included on this list, Wilhelmina could be the next big step in your career if you’re already a working model with significant professional experience.
Submission Policy: Submit your application materials for Wilhelmina here.

Founded in 1967 by the Dutch supermodel Wilhelmina Cooper, Wilhelmina Models is regarded by many as the top tier modeling agency in the world, representing talent of all ages, types, and sizes. In addition to its L.A. branch, Wilhelmina also has locations in New York and Miami, as well as established relationships with hundreds of local management firms throughout the country. The agency has a reputation for working with the best and brightest in the industry. They’ve represented icons like Isabella Rossellini, Beverly Johnson, Naomi Sims, Gia Carangi, and Coco Rocha, and currently represent L.A. working models Kenzie Spooner (Moschino), Priscilla Huggins Ortiz (Maxim), and Austin Dixon (Wrangler) out of their successful West Coast branch.

Despite being one of the most prestigious modeling agencies in the world, Wilhelmina maintains personal relationships with their clients. Wilhelmina fitness model Stacia Suttles shares her experience first signing with the agency in L.A.: “I felt like I was at home. From the people at the front desk, to people I would see in the hallways of the agencies, to then sitting down in the meetings, it felt very comfortable and welcoming.”

For more on how to become a model, check out our full guide.