How to Overcome Jealousy 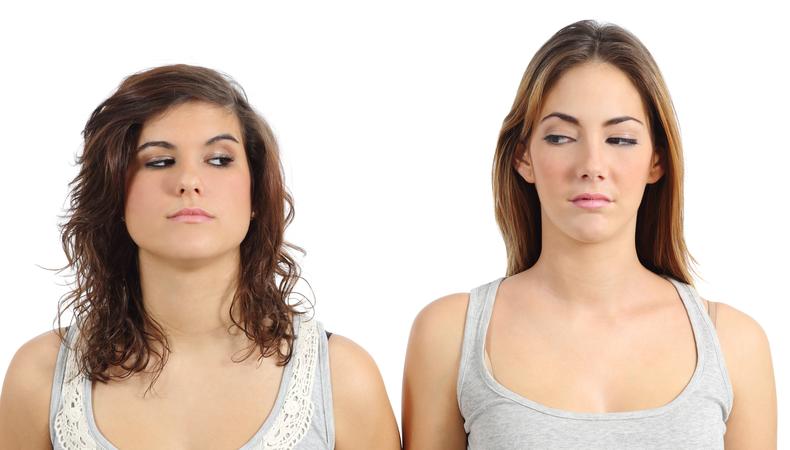 Jealousy might feel like something that comes with the territory of being an actor—as if it’s something you’ll always have to feel. But that doesn’t have to be the case. You can go through your entire career without feeling jealous at all, or move through it quickly whenever it does arise.

While jealousy is usually regarded as a “bad” thing, especially because it feels really bad, it’s a natural human emotion that arises whenever you really want something but, for whatever reason, don’t believe you can have it. It can be incredibly painful when left unchecked, though, and it can become harmful to your acting career, eating away at the creative energy youcould be using to advance your career and do great work. But the most important reason to shift out of jealousy is that it represents a “wall” inside that stands between you and what you want—whether it be a high-profile role, a contract with a power agent, or a relaxed stage presence.

Here are four steps to transform jealousy into fuel that advances your career:

Get clear about what you’re jealous of
The good news about jealousy is that it’s a very clear indicator of what you want. Jealousy isn’t a wishy-washy feeling—it’s intense and pointed and clear. Acknowledging this clarity is the first step toward using it to your own benefit.

Get clear about why you feel like you can’t have it
Whenever jealousy is present, it’s because some part of you feels like you can’t have what the other person has, or, at the very least, you’ll have to overcome huge obstacles to get it. So another gift jealousy gives you is the knowledge that you have a block—a negative fear or belief that separates you from what you want.

After getting clear about the specific thing you want, ask yourself, Why does this feel off-limits to me? Write that answer down. You might write something like, “It’s just not in the cards for me,” or “I’m afraid I won’t be good enough.”

Turn it around
Next, take that negative fear or belief and turn it into a positive statement that represents what you’d most like to be true instead—even if it doesn’t feel true right now. “It’s just not in the cards for me” can become “It’s my destiny to star in powerful films that change the world.”

“I’m afraid I won’t be good enough” can become “I trust in my God-given talents.”

Use whatever words feel best to you, as long as they fully collapse the old, negative fear or belief. You can tell whether or not the new positive statement is more powerful than the old by reading them both aloud. When you feel like you have the right new positive statement, reinforce it as often as you can in whatever way feels best.

Check your work
The “test” or marker as to whether or not your jealousy has actually been transformed is when you see others experiencing something you want and feel nothing but happy for them and inspired to achieve the same. Once you’ve passed that test, you come to know the truth that jealousy isn’t a negative emotion you have to deal with forever.

Jealousy is really just misdirected inspiration. And you wouldn’t feel jealous about anything you weren’t actually meant to achieve or experience for yourself.

Teri Wade has dedicated her life to empowering actors, writers, and directors. Using her transformational coaching methods, she has helped thousands of artists change their lives, enhance their careers and connect with new audiences. She is the creator of The Evolving Artist™, author of “The Essential Life Story™”, and a contributing writer for Backstage.

After you check out our TV audition listings, watch the video below for more advice on overcoming natural jealousy!

Teri Wade
Teri Wade has dedicated her life to helping creative artists overcome self-doubt and hidden blocks so they can make the impact they’re here to make. Using proprietary coaching methods, she has helped thousands of artists break through hidden barriers and take their careers to new heights. She is the creator of The Evolving Artist, author of “The Magic of Recreating Your Story.”
END_OF_DOCUMENT_TOKEN_TO_BE_REPLACED