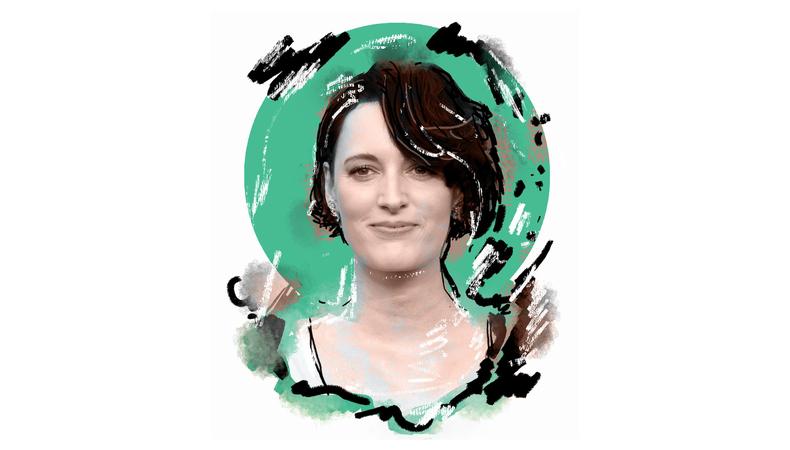 Television doesn’t get much better than Amazon Prime’s “Fleabag”—and interview subjects don’t get much better than Phoebe Waller-Bridge. That’s the impression, at least, after a Backstage-hosted screening and Q&A with the creator and star at the SAG-AFTRA Foundation Robin Williams Center. Diving deep on writing and acting advice, Waller-Bridge answered the five questions we often ask our actors, recounting her favorite scene partners on the Emmys-sweeping series and the “Downton Abbey” gig that could’ve been.

READ: Phoebe Waller-Bridge on How Actors Can Create Their Own Work

How did you get your SAG-AFTRA card?
I think it was “Fleabag”—still confused about what that is. [Laughs] But, yeah, I think it’s “Fleabag.”

What’s one performance every actor should see and why?
I’m gonna be really self-referential and, uh—I mean, not me! [But] I will talk about “Fleabag” because I was so blown away by it, and this is not to single people out for any other reason, but I think Sian Clifford’s performance as Claire is a master class in how to perform somebody with such depth and complexity who’s also only thinking about her hair the whole time.You’ve got those three layers: hair, marriage, and ultimate doom of my life—and that’s basically what she’s always thinking about. I’ve seen her through drama school all the way up to where we are now, and she’s just extraordinarily good. And then Andrew Scott is just—I mean, I don’t know how that man does what he does. He’s charisma personified, but mainly because he’s so alive in the moment. He did “Hamlet” in the West End, and it’s been recorded, it’s on [BBC] iPlayer—I don’t know if you can get that here—but that is a performance that is totally blinding. Anything Andrew Scott’s in. He knows the power of a look, and he knows how to really look at you. He’s totally fearless. He will look at you like he’s in love with you. I mean, I paid him to look at me like he was in love with me, which I’ll never regret.

What is your worst audition horror story?
One of the first major auditions that I ever had, which was a big moment for me, was when I had an audition for “Downton Abbey,” and my agents were like, “Holy shit. Don’t fuck it up.” I had prepared for this role, and it was a really moving scene. It was between one of the sisters and this guy, and I knew it was meant to be sort of profound and moving and emotional. And I went in and I performed the scene and, honestly, I was like, “I have nailed this.” Like, “I am moved by what I’ve done.” And the director was, like, pissing himself laughing. Not in a mean way, in a really-enjoying-the-performance way. He was like, “I had no idea this character was funny!” And I was like, “Neither did I!” I remember then leaving and calling my agent and saying, “I think something weird happened.” Anyway, I didn’t get a callback or anything. But then my agents called me a few weeks later saying they’d released another casting call for the same character, saying, “And she’s also funny.” So, it was like an extra dig.

What is the wildest thing you’ve ever done to get a job?
OK, actors will understand this, but there were some times when I’d wake up in the morning and I’d spontaneously gone out the night before and I’d be hungover and I would be late. And it was those auditions that I always got. You start analyzing that. The ones I’m prepared for and I’ve totally got the whole look and the lines—I’m sure I must come in with this energy. But then you come in, and I know from being on the other side of it, as well, the actors who come in who are just quite comfortable with who they are and just go, “This is what I was gonna do,” and just bring so much of themselves to it…. I guess the hungover-tired thing just forces you to be a little more natural. I don’t know, it’s a dangerous thing to say to people, because maybe it was the parts I was going for, but I remember when my inhibitions had just gone out the window, I just felt like, “This is what I’d fuckin’ do, do you want it?” And more often than not, they would be the ones that go. I mean, it’s bad preparing in that way for an audition, but there’s something about forcing yourself to be yourself, and that is such a hard trick to play.

READ: The Brilliance Behind the Cast of ‘Fleabag’

What advice would you give your younger self?
I wish I’d known that there’s no such thing as getting acting “right,” because I think I went into drama school like, “Yeah! I wanna play characters! And I wanna go crazy, and I can be anyone! I can be an old man, I can be anything!” And I came out, like, “I’ve got to stand [up straight] or I’ll never get a job. I’ve got to have perfect hair and I’ve got to breathe from my diaphragm,” and all that kind of stuff. And that really stifled me for ages. And it was only after meeting Vicky [Jones, “Fleabag” director] who, when I’d do that kind of stuff in front of her, she’d [scrunch her nose]. But then we’d be working on “Fleabag,” and I’d just be a bit more like me and have the weird quirks that make a person a person—your posture, or the way you pause in the middle of a line. It’s that kind of stuff. That’s what makes it fun as an actor, and that’s what makes you playful. It was just like: Forget all the other stuff. Learn your technique, if you’ve got one, and then try and forget it, because just being your own, awkward, weird version of that character is the best you can do.

Benjamin Lindsay
Benjamin Lindsay is managing editor at Backstage, where if you’re reading it in our magazine, he’s written or edited it first. He’s also producer and host of a number of our digital interview series, including our inaugural on-camera segment, Backstage Live.
END_OF_DOCUMENT_TOKEN_TO_BE_REPLACED