An Acting Coach Shares 3 Rules for Finding the Funny 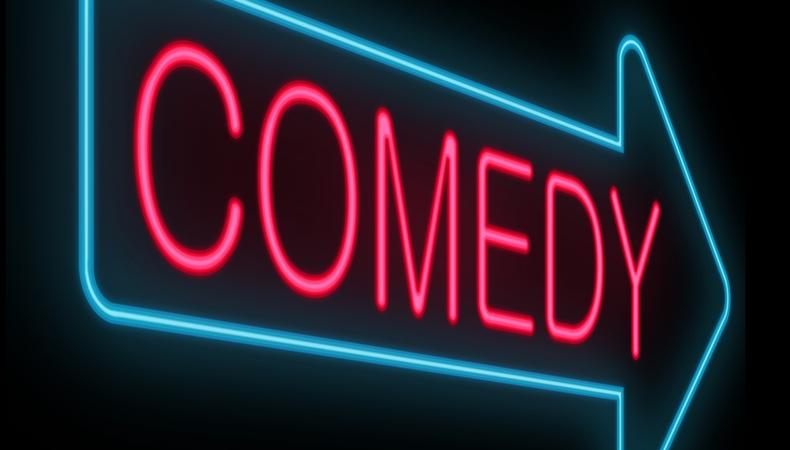 The classic acting aphorism,“Dying is easy, comedy is hard,” has been attributed to dozens of performers from Peter O’Toole to Jack Lemmon to Groucho Marx, but most likely originated with celebrated Shakespearean actor Edmund Kean, who uttered the now famous phrase on his deathbed.

He was, of course, right. Comedy is the toughest performing discipline to master. And while it is hard, here’s a few rules to help you get it right and find your funny.

First, let’s define comedy: It’s the art of surprise and exaggeration—the ironic unexpected. Context matters, but everything and anything funny employs the two universal elements of exaggeration and/or surprise. Comedy is also never accidental. It is specific, structured, timed, and precise. Like music, the timing and rhythm have to work or the song is not musical—and the comedy is not funny.

Know the difference between single-camera and multi-camera comedies.
While all good comedy is grounded in the truth and honesty of your character and the situation in which you find yourself, as a general rule, multi-camera shows (like “The Big Bang Theory,” “2 Broke Girls,” and Disney shows) are more like acting on stage. Actions and behavior are bigger and broader. Vocals are louder and more exaggerated. Your comedy quirks and neuroses are more apparent and on the surface. Single-camera shows (“Modern Family,” “Curb Your Enthusiasm,” “New Girl”) read and play more like drama. Behavior and voice are more subtle, real, and reined in. Emotions are typically covered. Single-camera comedy is more about your relationships to the people you’re talking to and the comedy comes more from the internal thoughts of the characters as opposed to the external wacky behavior more common in multi-cam.

Understand the structure of a joke.
All jokes have two parts: the set-up and the punchline. They are a team, and one doesn’t work without the other. Like Laurel & Hardy, spaghetti & meatballs, and vodka & cranberry juice.

The set-up provides the information that gives the joke context and allows it to make sense. The set-up sets the circumstance that makes the punchline funny. For example, a classic punchline, “Why the long face?” is meaningless by itself. But when you set it up, it makes sense. “A horse walks into a bar and sits down. The bartender comes over and says, ‘Why the long face?’ ” My husband loves that joke. (My husband has no sense of humor.) There can be a lot of set-up or just a little, but it’s got to be there and it’s got to give the exaggerated or surprising punchline meaning.

The punchline, obviously, delivers the joke—an exaggerated or surprising response to the information provided in the set-up. "A customer is getting more and more unruly waiting to order in a restaurant. He’s disturbing the other customers. The waiter finally walks over and says, ‘What can I get you, sir? Eggs? Pancakes? Straightjacket?’ ” OK, an old joke but you see the structure and elements of surprise and exaggeration.

As the set-up and punchline work together, you must remain active in the scene whether you are setting up or delivering the joke. You must have thoughts that drive your line delivery and make you part of the comedy.

Find your funny.
You can’t make others laugh unless you know what your personal funny is. That special, singular quality that makes you quirky, weird, different, and funny. To find it, you need to let your unedited inner child out. Let loose and go for it. Look for it. Unless you’re a real dud, it’s there. When you’re out with friends and they laugh at something you say, make a mental note of what you did and how you did it, how you sounded and why they responded the way they did. That’s your quirk. That’s your special weirdness that no one else possesses. That’s your funny. Apply it to your joke delivery and it’ll work.

And when all else fails, just fall back on another comedy rule: say your line bigger, broader, faster, and funnier.

Once you’ve found your funny, try your line deliveries in different ways —faster, bigger, broader, quieter, with attitude. Sing it with some body movement. Whisper it. Cry it. Flip the meaning of the words and say it in a surprising way. If you’re talking about being happy, reverse it and say it with sadness. Cover your disgust with excitement. Say I love you with hatred. Experiment with vocal tones. You’ll be amazed at what you’ll find by delivering the same line in different ways over and over. When your body tells you, “Wow that was loose and made me laugh,” you found it. If it’s tight, it’s not right.

Prove you’re funny by browsing our Los Angeles audition listings! And before you can be funny, you have to warm up your voice. Watch the video below for tips on how to do that in public!

Shari Shaw
Shari Shaw is the founder of Act As If, Live As If, an executive and life coaching consultation company. Her first book is due to be published later in 2016. Additionally, Shaw also teaches her own workshops in Atlanta, New York, and Vancouver.
END_OF_DOCUMENT_TOKEN_TO_BE_REPLACED