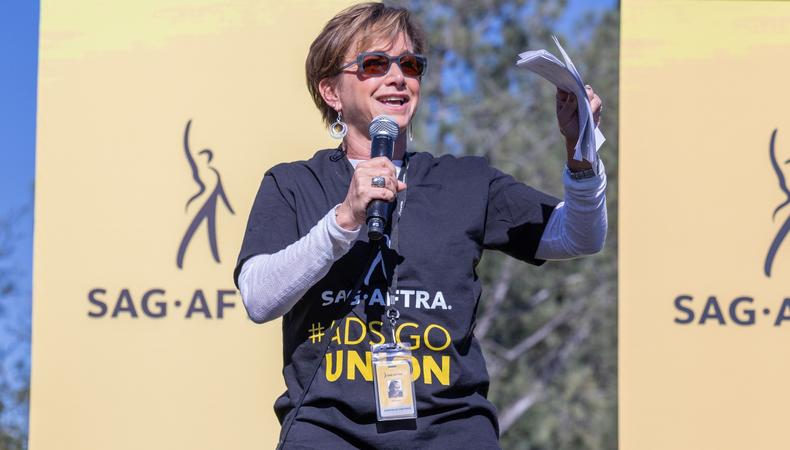 The board for the nation’s union of professional screen talent, SAG-AFTRA, has unanimously approved a new three-year television and audio commercials contract negotiated with the advertising industry’s Joint Policy Committee (JPC). The new contract is a product of its monthslong Ads Go Union campaign in which the union made a case for updated terms in a fast-changing digital media industry. Union membership has until May 8 to vote on whether the contract is approved.

“The new commercials contracts deliver essential gains to our members while positioning performers and the industry for growth in a rapidly changing environment,” said SAG-AFTRA President and negotiator Gabrielle Carteris in a press release.

Commercial and advertising gigs are some of the most lucrative for professional actors. Along with sustaining pay and residuals, ads give actors broad exposure and help fill out reels. In recent years, however, the union claims that ad agencies have been hiring nonunion talent for new or extended media projects outside of a contract’s purview. In October 2018, the union’s increased pressure saw the ad industry encouraging agencies to wrap up union projects this spring in the event of a labor strike.

“I think everyone on both sides agreed that the contract to 2019 was outdated, cumbersome, complicated, inflexible,” the JPC’s lead negotiator Stacy Marcus told Backstage. “And it truly did not reflect the realities of commercial production and for the performers and for the producers themselves.”

In late March, both parties agreed to a short-term extension of the contract to allow for more time to finalize new terms—a sign that they felt a solution was possible and that neither party was ready to walk away from the table. Shortly after the extension, an agreement was made for the union’s board to review.

“I am most proud of the way the two parties were able to work together to really effect meaningful change,” said Marcus. “The things that we accomplished in the 2019 negotiation go far beyond anything done in more than a decade.”

Highlights of the new contract include a 6 percent increase in rates and an alternate compensation structure that varies pay based on region, timespan, and reach. The new payment protocol allows producers to hire more union talent, both parties agree. Language is updated around protection from sexual harassment—consistent with the new union-standard protocol of prohibiting auditions in private spaces such as hotel rooms—and more funds are dedicated to retirement and pension.

Additionally, the contract expands coverage for stunt workers—an active subset of union membership—and streamlines the renegotiation process for agents representing union actors in commercial gigs who wish to extend the maximum period of use. Such a term is notable as the Writers Guild of America is in a heated dispute with its members’ agents over packaging fees and negotiation protocols.

Despite the successful negotiation with the ad industry at large, SAG-AFTRA is still on strike against bicoastal ad agency Bartle Bogle Hegarty LLC. The strike started in September 2018.

“One message that I delivered across the table during negotiations and which I shared also in our industry town hall is that increased union production under this contract benefits all of us,” said Marcus who, significantly, is the first female chief negotiator for the JPC—as well as the youngest. “Increased production and employment under this contract means more business for [advertisers] and more business for performers.”

If approved by SAG-AFTRA’s membership, the new contract will last until March 31, 2022.