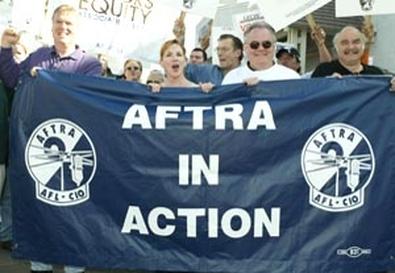 Photo Source: Getty Images
If its effects weren't so injurious, the behavior exhibited by the Screen Actors Guild over the past two years would be hilarious: former national executive director Doug Allen issuing a public letter attacking the American Federation of Television and Radio Artists just months before the two unions were supposed to jointly bargain for a new TV-film contract; president Alan Rosenberg declaring a civil war with guild foes while leading a filibuster at a national board meeting; Rosenberg's opponents within SAG firing Allen—not once but twice; Rosenberg and his allies, including 1st vice president Anne-Marie Johnson, suing the guild for the way Allen was initially fired.

While that was going on, SAG members worked under the terms of an expired contract for nearly a year, missing out on pay increases as the economy tanked. In addition, AFTRA, long viewed as the weak sister in the unions' oft-dysfunctional relationship, secured jurisdiction for 66 out of 70 television pilots, which could deplete SAG's income for the next year or more. When SAG's TV-film contract was eventually ratified, on June 9, the total loss to members was, according to guild sources, approximately $85 million. Moreover, the union now has an operating deficit in the neighborhood of $6 million.

Clearly, the guild needs to heal, but that process probably won't start immediately. Though the polarizing issue of the TV-film contract has been settled, more divisiveness lies ahead in the form of the September elections, which include the races for presidency and secretary-treasurer.

Recently, Back Stage conducted interviews with several members of SAG's national board to assess how the guild can recover from years of infighting and move forward. Most who spoke were from the moderate faction. Among the more hard-lined MembershipFirst partisans and their supporters, only Johnson would speak. Attempts to interview Rosenberg, as well as national board members and rank-and-file actors sympathetic to MembershipFirst, were unsuccessful. Back Stage also spoke with Jonathan Handel, a Los Angeles attorney who covers entertainment and the media on his blog Digital Media Law (www.digitalmedialaw.blog
spot.com).

In keeping with Back Stage's List Issue, here are four steps—more or less in order—the guild can take to right itself and once again become a fierce and effective advocate for its members.

SAG's last three full-time national executive directors were either forced out (Allen and Greg Hessinger) or gently nudged aside (Bob Pisano). Each move was made after the balance of power shifted between hard-liners and moderates. For long-term stability, the guild's highest-ranking staffer has to remain above the political fray, to help identify and implement strategies, manage the other paid employees, and provide ballast for a union populated by people who specialize in drama, intentionally or otherwise.

"Any creative project I've been involved with, unless there is a strong director, it's been a disaster from the get-go," said Paul Christie, a national board member and former president of the New York board. "Actors thinking they can direct themselves is always a recipe for disaster."

SAG's instability at the highest level has played out against the backdrop of a digital revolution that is rapidly changing the entertainment industry and threatening actors' earning power, individually and collectively.

During his tenure, Allen did not help matters by taking a partisan position in his letter, written in summer 2007, which accused AFTRA of undercutting the guild in basic cable. After its publication in SAG's Screen Actor magazine, Allen lost the moderates, who favor a merger with AFTRA, and damaged greatly an already-fragile relationship with the guild's sister union.

Asked what SAG's first job should be, Handel said, "Getting [SAG interim national executive director] David White hired on a permanent basis." Such a move would not happen before the September elections, according to SAG sources. If the moderates retain or increase their majority, White stands a good chance of getting the job, if he wants it.

Publicly, Johnson has kept her own counsel about White, though she said both he and Allen "really care about the Screen Actors Guild and the well-being of the members." Johnson's is the most powerful and persuasive voice in SAG's opposition party. If she were to endorse White—whether MembershipFirst gains or loses seats in the election—the guild could reduce the political turmoil surrounding the national executive director position.

Nearly everyone recognizes that SAG needs to stop fighting internally, but it's likely to happen only if board members can do it while working on a concrete issue, rather than paying lip service to the idea. "You've got to build up the trust that was lost in these last couple of years," said Sam Freed, president of the New York division, "and strengthen our relationships where our union being a union is actually more possible."

Johnson is skeptical that a unity of purpose can be developed and fostered. "I hope that both slates, both parties, put the needs and the desires of the members first," she said. "At this point, I don't know if I see us reaching common ground."

She did, however, identify a possible issue to work on: basic cable, which has been a principal flashpoint in the guild's confrontation with AFTRA and, by extension, a source of friction between SAG's hard-liners and moderates. In a July 14 interview with Back Stage, Johnson said SAG must renegotiate its basic-cable contract as soon as it can and do so, if possible, with
AFTRA, under the unions' joint bargaining agreement known as Phase One. If the contracts are uniform, she said, producers can't play one union off the other. Asked if that issue might be a way for the warring sides to achieve peace, Johnson said, "I think it will be a really good place to start."

Eleven days after Johnson spoke, the guild's national board overwhelmingly approved a tentative basic-cable contract, with terms similar to those of SAG's main TV-film pact. The two deals expire June 30, 2011. That is the same day that AFTRA's prime-time broadcast contract is set to expire, putting the unions in a position to eliminate a major source of confrontation.

Sue-Anne Morrow, a national board member in New York and a moderate, said jurisdictional disputes are "not a good situation for any of us to be in, as AFTRA or SAG members." She and Johnson each pointed to the recently negotiated commercials contract, bargained jointly with AFTRA under Phase One, as an instance in which the unions worked well together.

"There could have been so much animosity in the room that it would have been impossible to get any work done," Morrow said, "but we made it happen." Said Johnson, "We should look at that and see how we can do that again."

Economic principles dictate that two unions competing for the same work will invariably lower the price of labor, but neither Johnson nor Morrow sees merger as an issue to be tackled immediately. First, the two unions have to eliminate the uncertainty surrounding Phase One, Morrow said, which surfaced when AFTRA broke with SAG to negotiate its own prime-time TV deal last year. "Everyone knows it's a potential problem—that either of the unions can walk away from Phase One," she said.

Morrow and Johnson both said they would like to see all contracts covering common areas of jurisdiction negotiated under Phase One. Johnson remains deeply skeptical that a union pooling actors with broadcasters can best safeguard the interests of actors. Morrow, however, said merger was "a no-brainer."

4. Strengthen Ties With Other Unions

Although it was the last of the Hollywood unions to ratify a new contract with networks and studios, SAG is scheduled to be the first to start negotiations on its next contract, on Oct. 1, 2010. To maximize its leverage, the guild needs to formulate a strategy with the other unions, and not just with AFTRA, Handel and Christie each said.

Beyond that, said Christie, SAG should try to merge with AFTRA, Actors' Equity Association, and the Writers Guild of America, East and West. "I don't know if it's going to be possible in the future to be maintaining all these different health-and-pension plans for all these different organizations without reaping the benefits of shared services," he said. "You've got to make some drastic and bold business decisions."