How to Survive Your First Cold Read 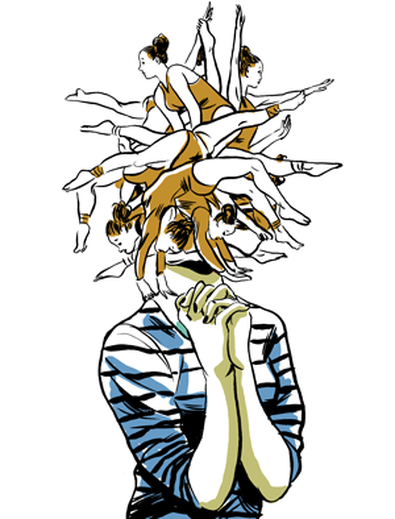 Dear Michael:
I am a 15-year-old girl, and even though I’m without an agent, I have landed my first audition with a casting director for a feature film. This is something I’m extremely excited about but also very nervous about. They have only seen my headshot, so I know I got the opportunity to audition for this project based on my look, and I’m worried that I won’t be able to give them what they’re looking for at the audition. I know that it’s going to be a cold read (no chance to prepare), and I have been given little to no information about the part. I really don’t want to screw this up, and I was hoping to get some advice on cold readings.

Dear Nervous:
It’s your first professional audition, so it’s perfectly understandable that you’d have anxieties and worry about getting it right. But you know what’s weird? Actors at all levels put ourselves through these same crazy mental gymnastics surrounding auditions. I’d even go so far as to say it seems an inherent part of our nature; we constantly worry that somehow we won’t be any good—or at least not good enough—and that we’ll be unmasked as the undeserving fakes we are. I’ve even heard that concern expressed by big, successful “name” actors.

But Nervous, here’s the thing. These people—the casting folks—they want to see you. Go see them. It’s that simple. Don’t get tangled up in ideas like delivering what they want, “nailing” the material, or—God forbid—trying to get a job, because the truth is none of us know how to do any of that. Just go do some acting for the folks, and leave it at that. Want to know a really unpleasant reality? Most of the time, we don’t get the roles we audition for; that’s just a statistical fact. Furthermore, good acting is even harder to define than good dancing, writing, singing, or painting; assessments of our work are highly subjective. So getting worked up about doing it right is a big fat waste of energy. I’ll be even blunter. Given that it’s your first professional audition, it’s unlikely you’ll book the gig. But believe it or not, that perspective can be good news because it takes the pressure off. Just go and relish the fact that you’re doing what professional actors do—auditioning, and by invitation no less. It’s pretty cool to be invited, isn’t it?

Here’s one more bit of wisdom—a personal policy of mine, and the opposite of how most actors think. When you audition, take care of them. Never ask them to take care of you. They’re nervous about finding the right person. Put them at ease. Don’t share your nervousness. Instead, try to project a helpful, calming demeanor that will allow them to relax and watch your work.

Congratulations on this milestone. Go do your thing, have a great time, and leave the rest to the casting people.