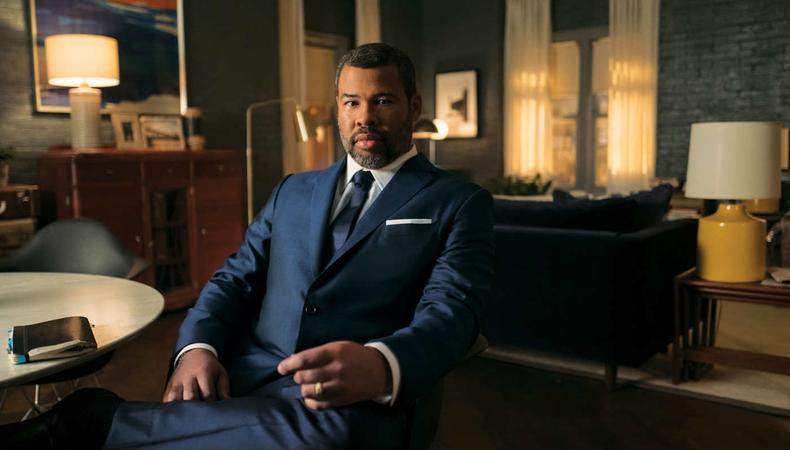 With the newest offerings of premieres from streaming services and broadcast TV alike, April is bringing more than May flowers. Some series are coming to an end, other favorites are just debuting their latest seasons. The eighth and final season of beloved fantasy crossover hit “Game of Thrones” arrives on the 14th, while AMC and BBC America premiere the second season of critical darling “Killing Eve.” Amazon offers the return of “Bosch” for its fifth season, while comic book based “The Tick” comes back for its second. Speaking of comic book-inspired series, the second season of “The Chilling Adventures of Sabrina” will make its return this month, alongside Netflix’s latest horror offering, “Chambers,” which stars Uma Thurman and Tony Goldwyn. Also debuting this month is the reboot of Rod Serling TV classic “The Twilight Zone,” hosted by Jordan Peele.

Amazon Prime Video
Amazon’s superhero comedy, “The Tick,” returns for its second season on April 5th, while Titus Welliver and “Bosch” return on the 19th, making it the fifth season for this police procedural based on a series of Michael Connelly novels.

AMC/BBC America
The much anticipated second season of “Killing Eve” premieres April 7th on both AMC and BBC America. Star Sandra Oh picked up Golden Globe, Critics’ Choice, and Screen Actors Guild Awards for her performance in the first season, and critics and fans alike can’t wait to see what’s next. The second and final season of western drama “The Son,” based on the Philipp Meyer book of the same name, premieres on the 27th, and stars Pierce Brosnan, Henry Garrett, Zahn McClarnon, Jess Weixler, Paola Núñez, Elizabeth Frances, and Sydney Lucas.

CBS
CBS launches two new dramas this month. On April 15th, stay tuned for “The Code,” similar to crime procedural “NCIS,” except focused on the Marines. And wrapping up the month on the 28th comes a new drama from producers Greg Berlanti and Ava DuVernay: “The Red Line” stars “ER’s” Noah Wyle in a timely drama about racially motivated shootings by a police officer in Chicago.

Cinemax
Slated to premiere April 5 is “Warrior,” an action drama based on writing from Bruce Lee about the Tong Wars in late 19th century San Francisco.

The CW
The CW launches its final new series of its 2018–2019 season this April 4. “In the Dark” is a comedy-drama series directed by Michael Showalter of “The Big Sick.” Produced by Ben Stiller’s Red Hour, the series features Perry Mattfeld of “Shameless” as a blind woman who believes she’s found a murder, and when no one believes her, she takes it upon herself to investigate.

HBO
The final season of fantasy juggernaut “Game of Thrones” premieres on the 14th after eight Emmy-winning seasons on the premium network. And on the 22nd, a co-production with the BBC, “Gentleman Jack,” premieres. This historical drama is based on the true story of Anne Lister, prolific diarist and landowning woman in early 19th century England, who also was an open lesbian. It stars BAFTA Award winner Suranne Jones as the titular character alongside Sophie Rundle, Gemma Whelan, Timothy West, Gemma Jones, Katherine Kelly, and Sofie Grabol.

IFC
The Hank Azaria-led comedy, “Brockmire,” returns for its third season on April 3rd, and it’s already been renewed for a fourth. Azaria portrays a baseball announcer and stars alongside Amanda Peet and Tyrel Jackson Williams.

Sundance TV
“Unspeakable,” the Sundance Channel’s newest miniseries starring Sarah Wayne Callies, starts airing on April 4. It tackles the emergence of HIV, AIDS, and Hepatitis C in the Red Cross’ blood banks in the early 1980s and is based on the books “Bad Blood” by Vic Parsons and “The Gift of Death” by Andre Picard.