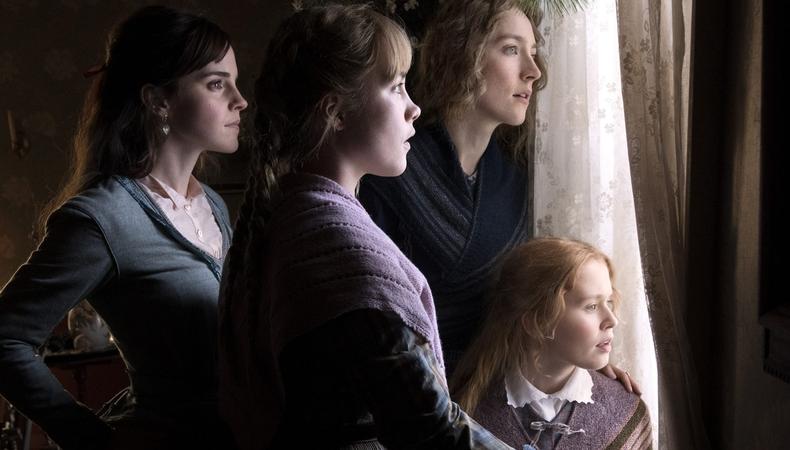 Hollywood’s guilds are getting their turn in the spotlight this January, showcasing the best work of their respective members by doing what the town loves best—handing out shiny trophies.

It’s now screenwriters’ turn, with the imminent 72nd annual Writers Guild of America Awards. The bi-coastal ceremonies in New York City and Los Angeles, honoring the top screenwriters in various fields, will be held Feb. 1. The guild announced their nominations for outstanding achievement in film screenplays today, joining their previously announced list of nominees for television, new media, and more.

The original screenplay nominees are “Booksmart” from Annapurna Pictures, “Knives Out” from Lionsgate, and recent Golden Globe winners “1917” from Universal Pictures, “Parasite” from Neon, and “Marriage Story” from Netflix. Adapted screenplay contenders, meanwhile, are “A Beautiful Day in the Neighborhood” and “Little Women” from Sony, “The Irishman” from Netflix, “Jojo Rabbit” from Fox Searchlight Pictures, and “Joker” from Warner Bros. (Certain buzzy contenders, including “Once Upon a Time...in Hollywood” and “The Farewell,” did not meet requirements in the WGA’s Minimum Basic Agreement and were classified ineligible.)

Last year’s big winners, “Eighth Grade” and “Can You Ever Forgive Me?”, were notably absent from the subsequent Oscar best picture list. Which of the 2020 nominees could also hear their names called when the Academy Awards announce nominees Feb. 13?

Nominees in the television, new media, radio, and news categories include TV dramas “The Crown” and “Mindhunter” from Netflix, “Watchmen” and “Succession” from HBO, and “The Handmaid’s Tale” from Hulu. The comedy series category includes “Barry” and “Veep” from HBO, “Pen15” from Hulu, “Russian Doll” from Netflix, and last year’s winner, “The Marvelous Mrs. Maisel” from Amazon Prime Video.

Made up of film, TV, radio, and new media writers, the Writers Guild of America, West (WGAW) and the Writers Guild of America, East (WGAE) together cast nominations and vote for their annual accolades. At the 2020 ceremonies, scribe Richard Price will receive the WGA East’s Ian McLellan Hunter Award, while filmmaker Nancy Meyers will accept WGAW’s Laurel Award for Screenwriting Achievement. For more information and a full list of nominees, visit www.wgaeast.org and www.wga.org.

Jack Smart
Jack Smart is the awards editor at Backstage, where he covers all things Emmy, SAG, Oscar, and Tony Awards. He also produces and hosts Backstage’s awards podcast “In the Envelope” and has interviewed some of the biggest stars of stage and screen.
END_OF_DOCUMENT_TOKEN_TO_BE_REPLACED