Michaela Coel + ‘I May Destroy You’ Dominate 2021 BAFTA TV Awards 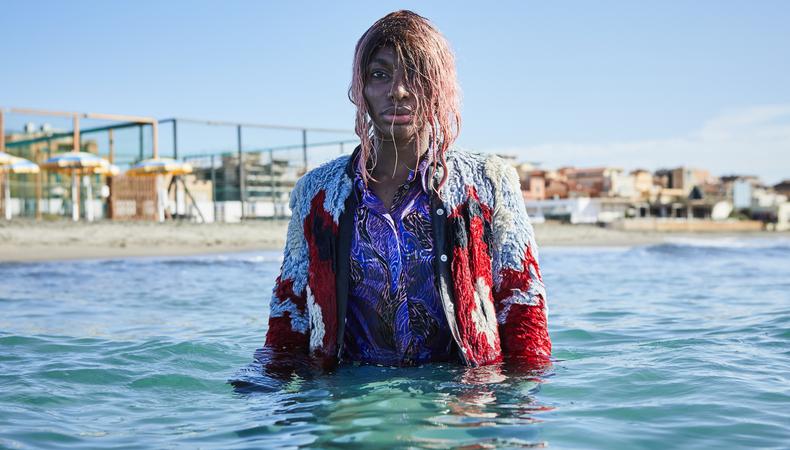 The British Academy of Film and Television Arts (BAFTA) TV awards took place 6 June with actor-writer-director Michaela Coel winning two of the academy’s most prestigious awards. Big TV names such as Cush Jumbo, Jodie Comer, and Paul Mescal attended the west London ceremony in person with a host of other talent, including Catherine Zeta-Jones and Catherine O’Hara, appearing virtually to present awards. The show was hosted by actor and director Richard Ayoade and opened with a musical performance by It’s a Sin star Olly Alexander. The televised ceremony, held in a half-empty studio due to COVID-19 safeguards, saw its guests wearing glamorous masks and practicing social distancing.

It was a good night for Coel, whose sexual consent drama I May Destroy You won two BAFTAs: Best Mini Series and Leading Actress. For the latter prize, Coel triumphed over an impressive shortlist of nominees including Comer, Letitia Wright, Billie Piper, Daisy Edgar-Jones, and Hayley Squires.

In her speech, Coel singled out her crew for special praise, calling them “the unsung heroes who create everything you see, hear, and feel.” She also heralded the work of the show’s intimacy director for allowing her to “make work about exploitation, loss of respect, about abuse of power, without being exploited or abused in the process.” I May Destroy You has now won five BAFTAs after its success at the BAFTA Craft Awards in May, where Coel also picked up awards for her writing and direction.

The Leading Actor award went to a clearly shocked Mescal for his role in Hulu’s lockdown hit Normal People. Celebrating his first BAFTA win, Mescal thanked his co-star Edgar-Jones, calling her “the best scene partner and one of the best people I know.” The Supporting Actor BAFTA went to another first-timer, Malachi Kirby, for his role as civil rights activist Darcus Howe in Small Axe. His BAFTA adds to the five awards Sir Steve McQueen’s anthology series won at this year’s craft awards ceremony.

A number of other real-life black British stories were also recognised by BAFTA. Rakie Ayola became a first-time winner with the Supporting Actress prize, for her role in the one-off drama Anthony as the mother of teenager Anthony Walker, who was murdered in a racist attack in 2005. Sitting in Limbo, about the real-life stories behind the Windrush scandal, won Best Single Drama.

Lennie James’ Save Me Too (of Sky Atlantic/World Productions) won the drama series prize, beating The Crown, I Hate Suzie, and Gangs of London. Sex Education star Aimee Lou Wood won her first BAFTA for Female Performance in a Comedy Programme.

When it came to the award for scripted comedy, it was an all-BBC shortlist with Inside No. 9 ultimately triumphing over This Country, Ghosts, and Man Like Mobeen. Best International Programme went to Storyville documentary Welcome to Chechnya: The Gay Purge, which beat fellow nominees Lovecraft Country (HBO), Little America (Apple TV+), and Unorthodox (Netflix).

On top of the past year’s global pandemic, BAFTA has faced its share of challenges, including criticism regarding a lack of representation of Black and Asian creatives in film award nominations. Then in April, actor and director Noel Clarke was given an outstanding contribution award despite BAFTA being made aware of sexual harassment allegations against him. Two of tonight’s big winners have previously been vocal about these issues; Coel issued a statement supporting the women who had come forward to out Clarke, while McQueen warned BAFTA risked “becoming irrelevant” if it didn’t deal with the lack of diversity in its nominations.

BAFTA was formed in 1947 and has been presenting its TV awards since 1954. For more information, check out Backstage’s guide to the BAFTAs.