15 Iconic Female Directors You Should Know 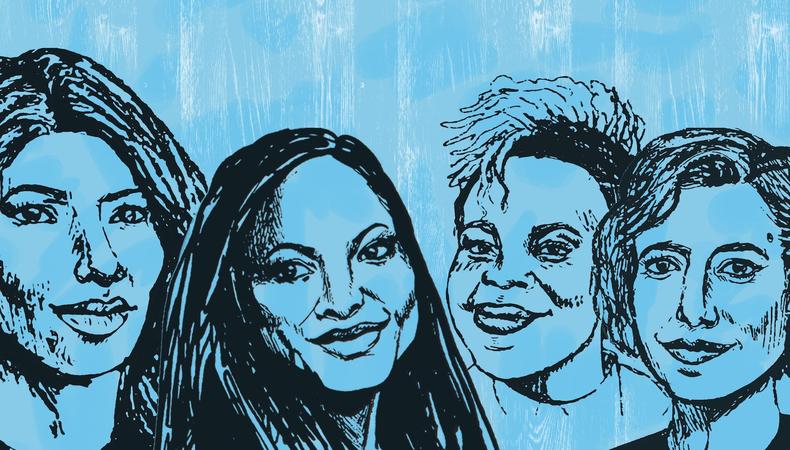 Although women make up half of all film school graduates, they helmed just eight of last year’s 100 highest-grossing films, and account for only 4.3 percent of directors in that total in the last decade. The best director Oscar has nominated only five women in the awards’ history, with just one woman claiming the honor (Kathryn Bigelow for “The Hurt Locker” in 2010).

Thankfully, women are in front of and behind the camera for some of the buzziest recent titles in Hollywood, among them Marielle Heller’s “Can You Ever Forgive Me?” and “A Beautiful Day in the Neighborhood,” Mimi Leder’s “On the Basis of Sex” and “The Morning Show,” Emerald Fennell’s “Promising Young Woman,” and Regina King’s “One Night in Miami.” The highest-grossing film helmed by a woman is Jennifer Lee’s “Frozen 2,” with Anna Boden’s “Captain Marvel” and Patty Jenkins’ “Wonder Woman” not far behind.

Below, we assembled a list of 15 female film directors you should know: a sorority of trailblazers, prize winners, household names, and indie darlings. All happen to be women, but none are “women directors.” With every “Action!” they yell, we get one step closer to retiring lists like this.

The daughter of Iranian immigrants, Akhavan first earned laughs and acclaim for “The Slope,” a web series in which she and co-creator Ingrid Jungermann portrayed a lesbian couple in Brooklyn. She also acted on multiple episodes of “Girls” and “Flowers” (a British comedy starring Olivia Colman), as well as “Appropriate Behavior,” her Film Independent Spirit Award– and Gotham Award–nominated feature directorial debut, which landed in Sundance’s 2014 Next program.

Akhavan stuck to writing and directing for her highest-profile project to date, Sundance U.S. Dramatic Competition premiere “The Miseducation of Cameron Post,” winner of the festival’s Grand Jury Prize and a Tribeca Film Festival selection.

Campion’s follow-up, “The Portrait of a Lady,” received two Oscar nods and partnered the Kiwi director with Aussie Nicole Kidman, whom she’d later work with on “Top of the Lake,” the Emmy-winning series she co-created in 2013. Her body of work also includes the John Keats biopic “Bright Star,” and “Holy Smoke!,” a feature that premiered in competition at the 1999 Venice Film Festival and won Campion and star Kate Winslet its Elvira Notari Prize.

As an infant, Coppola made her film debut in none other than “The Godfather,” her father 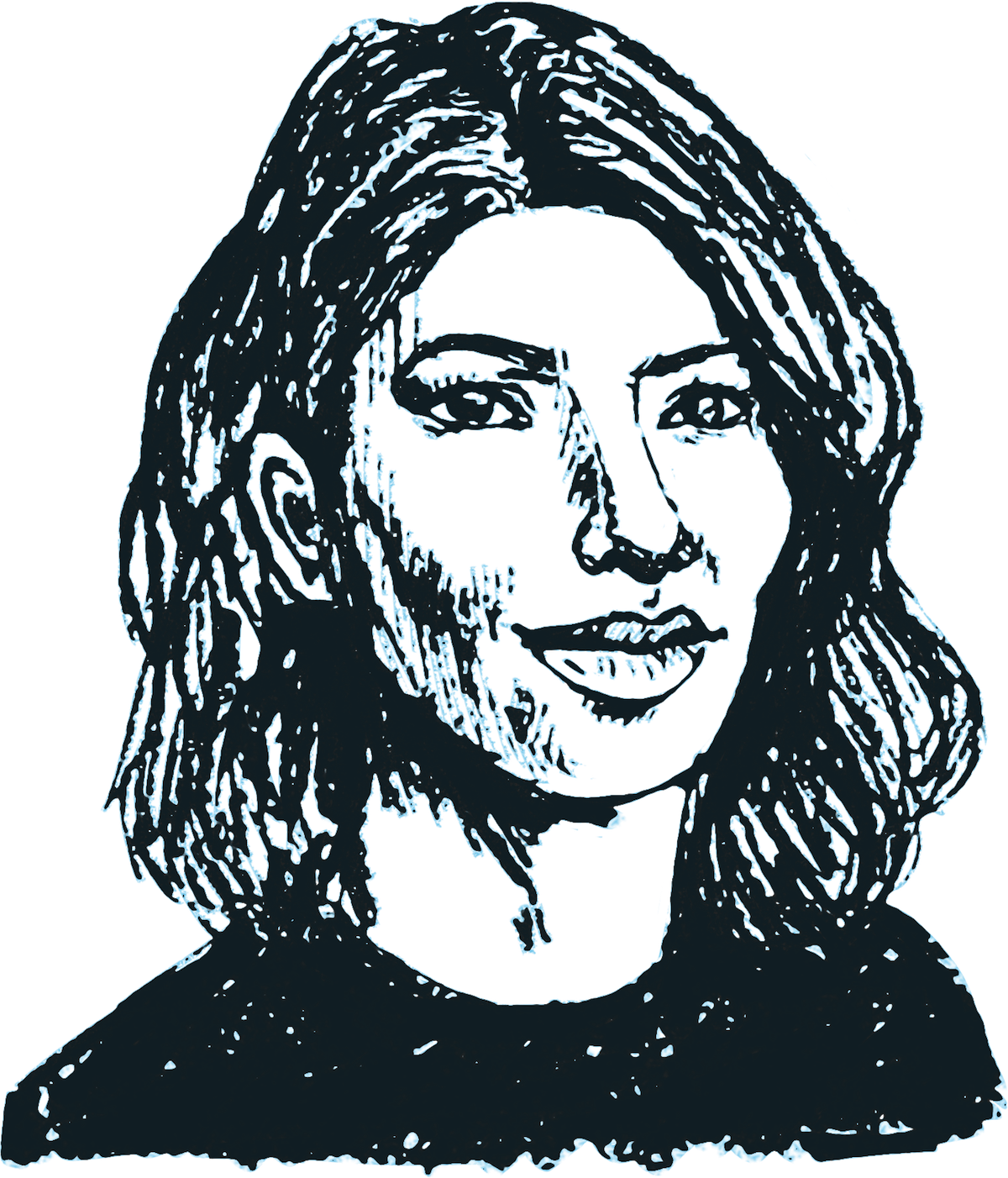 Francis Ford Coppola’s best picture Oscar-winning masterpiece. In 1999, she made her own acclaimed feature directing debut with “The Virgin Suicides.” Her sophomore effort, “Lost in Translation,” netted four Academy Award nominations, anointing her the third woman welcomed into the best director nominee category. Although she lost that trophy, she won best original screenplay and made history again with 2017’s “The Beguiled,” which made her the first woman in 56 years to win the best director prize at Cannes. In 2020 her follow-up collaboration with Bill Murray, “On the Rocks,” was hailed as a critical masterpiece. 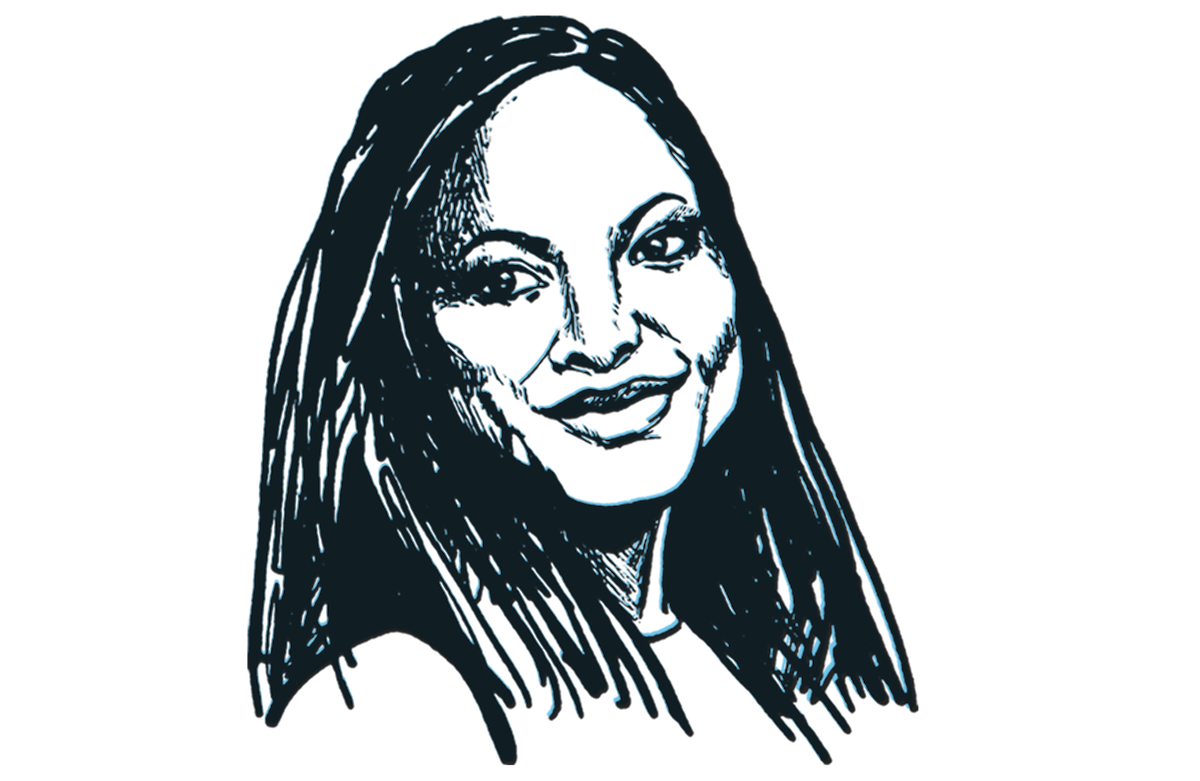 Ava DuVernay famously did not pick up a camera until she was 32 years old, first finding success in Hollywood as the founder of a public relations firm. Four years ago, she directed her first Oscar winner, “Selma,” a best picture nominee. Her Netflix documentary, “13th,” delved into the systemic racism in the U.S. prison system and netted DuVernay an Academy Award nomination for best documentary feature. With Disney’s “A Wrinkle in Time,” DuVernay became the first black woman to ever helm a $100 million-plus live-action film, as well as a second-time director of her “Selma” producer and co-star Oprah Winfrey.

For Winfrey’s OWN network, DuVernay created the drama “Queen Sugar,” a series where all 40-plus episodes and counting have been directed by women. Her Emmy-winning Netflix hit on the Central Park 5, “When They See Us,” is considered a gold standard of TV miniseries.

Longtime journalist and celebrated wit Ephron followed her parents into the screenwriting business, beginning with two projects for star Meryl Streep and director Mike Nichols. The first, “Silkwood,” garnered Ephron her first Oscar nomination, plus four more for her collaborators, while “Heartburn” was Ephron’s adaptation of her own best-selling novel.

Besides also writing “When Harry Met Sally…,” she directed seven of her scripts, including two films for Tom Hanks (“Sleepless in Seattle,” “You’ve Got Mail), plus additional features for John Travolta (“Michael”), Steve Martin (“Mixed Nuts”), and Streep (“Julie & Julia”). The year after Ephron died from leukemia complications, she received a 2013 Tony nomination for writing “Lucky Guy,” the play that brought Hanks to Broadway for the first time.

An actor since age 3, Foster became an Academy Award contender at 15 for playing a sex worker opposite Robert De Niro’s ex-Marine in “Taxi Driver.” She eventually won a pair of best actress Oscars in a three-year span for “The Accused” and “Silence of the Lambs.”

Just before turning 30, the Yale alum entered film directing with “Little Man Tate.” (Her three follow-ups are “Home for the Holidays,” “The Beaver,” and “Money Monster.”) Also an Emmy-nominated director for “Orange Is The New Black,” Foster accepted the 2013 Cecil B. DeMille Award—the Hollywood Foreign Press Association’s lifetime achievement recognition—at age 51, using her stage time to come out as a lesbian while also acknowledging that it was no one’s business whatsoever. (That Golden Globe recognition was followed up in 2021 with an acting win for “The Mauritanian.”) 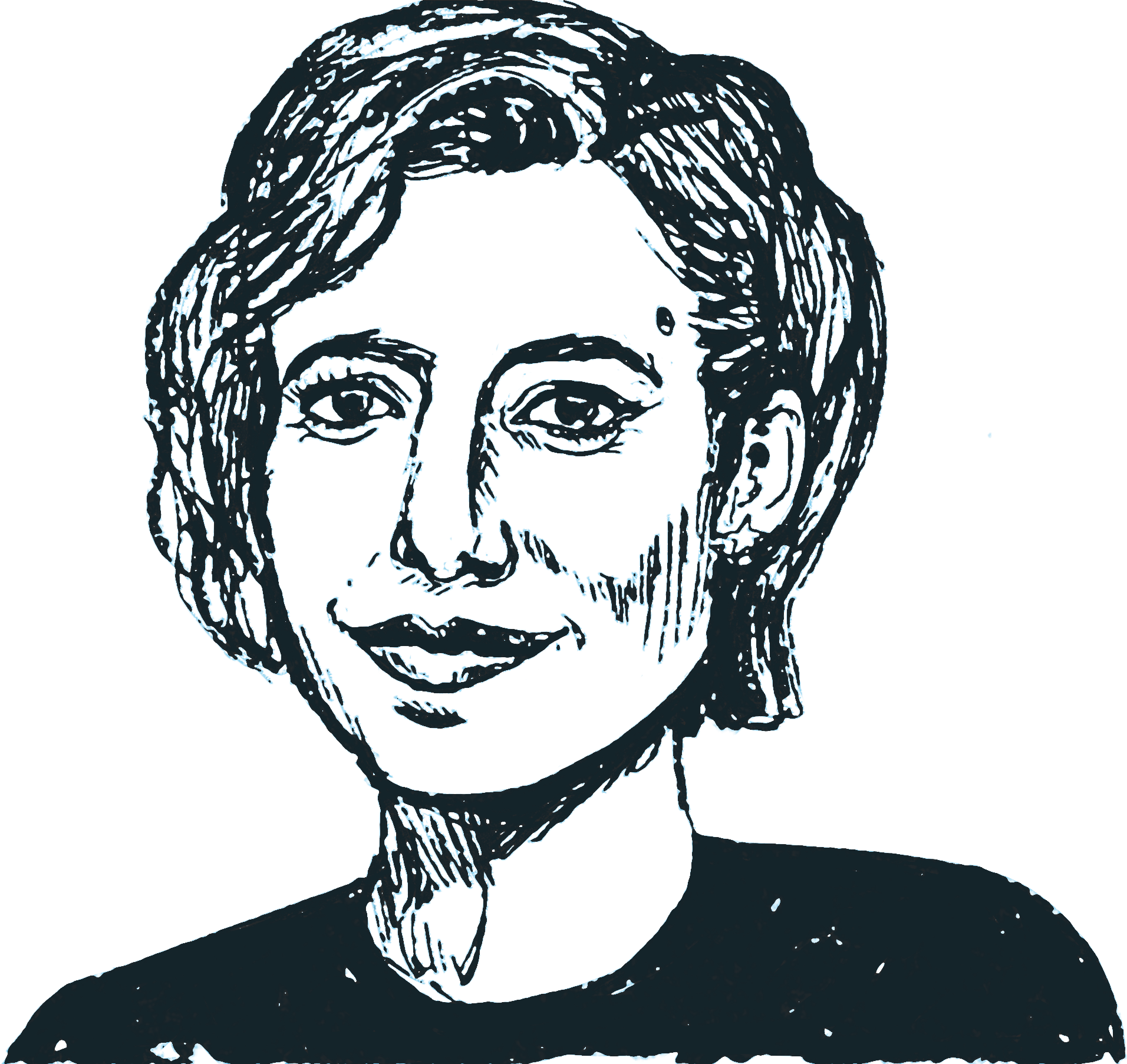 She co-starred in her first directing project, 2008’s “Nights and Weekends,” and has vowed to continue her Sacramento, California–focused oeuvre. Not long ago, Meryl Streep, Laura Dern, Emma Watson, Timothée Chalamet, and Saoirse Ronan assembled for Gerwig’s “Little Women” retelling, which again put her in the awards spotlight. 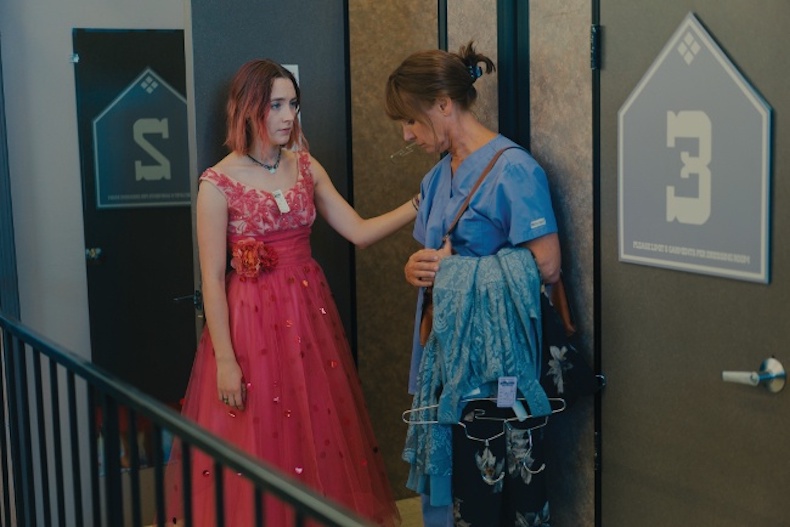 Educated at New York University and the American Film Institute, the writer-director has also been the architect behind episodes of “The Office,” “Gossip Girl,” and six episodes of the Amazon Studios series “Red Oaks.” This fall, the New Group will debut an Off-Broadway musical production of “Clueless,” also penned by Heckerling.

After becoming a ’70s sitcom star on “Laverne & Shirley”—a series co-created by her brother, the late director Garry Marshall—Penny Marshall began her own career behind sitcom cameras. Her film directorial debut came with the Whoopi Goldberg feature “Jumpin’ Jack Flash” (1986), which she parlayed into six more movies, among them two Tom Hanks classics (“Big,” “A League of Their Own”), plus others led by Robin Williams (“Awakenings”) and Drew Barrymore (“Riding in Cars With Boys,” her last feature released theatrically).

Philadelphian Meyers got her Hollywood start as a production assistant on “The Price Is Right.” In 1981, she received an Oscar nomination for her first screenplay, “Private Benjamin,” which she co-wrote with her then-husband, Charles Shyer, and Harvey Miller. The couple collaborated until long after their divorce, completing eight more screenplays together, among them both “Father of the Bride” films, “I Love Trouble,” and the Lindsay Lohan version of “The Parent Trap,” Meyer’s first turn in the director’s chair. Subsequent gigs have included more romantic comedies, such as “Something’s Gotta Give,” “It’s Complicated,” “The Holiday,” “The Intern,” and more.

A University of Chicago and Columbia University grad, Peirce worked as a paralegal and film projectionist while completing her first full-length film, “Boys Don’t Cry.” The drama won Hilary Swank her first best actress Oscar, while Peirce took home a pair of Spirit Award nominations, as well as National Board of Review honors for outstanding directorial debut.

In the intervening years, Peirce has helmed episodes of “The L Word,” “Halt and Catch Fire,” and “Dear White People,” along with two more features (the “Carrie” remake and “Stop-Loss”), with another forthcoming for Amazon Studios (“This Is Jane”). She was elected to the Directors Branch of the Academy of Motion Picture Arts and Sciences’ Board of Governors last year.

In her 20s, UCLA film school alum Prince-Bythewood earned a pair of Emmy nominations for writing and directing a CBS children’s special, but her major career breakthrough came a few years later with the beloved cult classic “Love & Basketball.” Spike Lee produced the film, her first, in which Omar Epps and Sanaa Lathan square off as enamored athletes who each hope to go pro.

Since winning a Spirit Award for that screenplay, she has directed two more features, “The Secret Life of Bees” and best original song Oscar nominee “Beyond the Lights.” With her husband, Reggie Rock Bythewood, she also co-created the 10-part Fox series “Shots Fired,” sharing directing duties last year with the likes of Malcolm D. Lee (“Girls Trip”) and Jonathan Demme. “The Old Guard,” her 2020 action-fantasy film starring Charlize Theron, was a critical and commercial smash on Netflix. 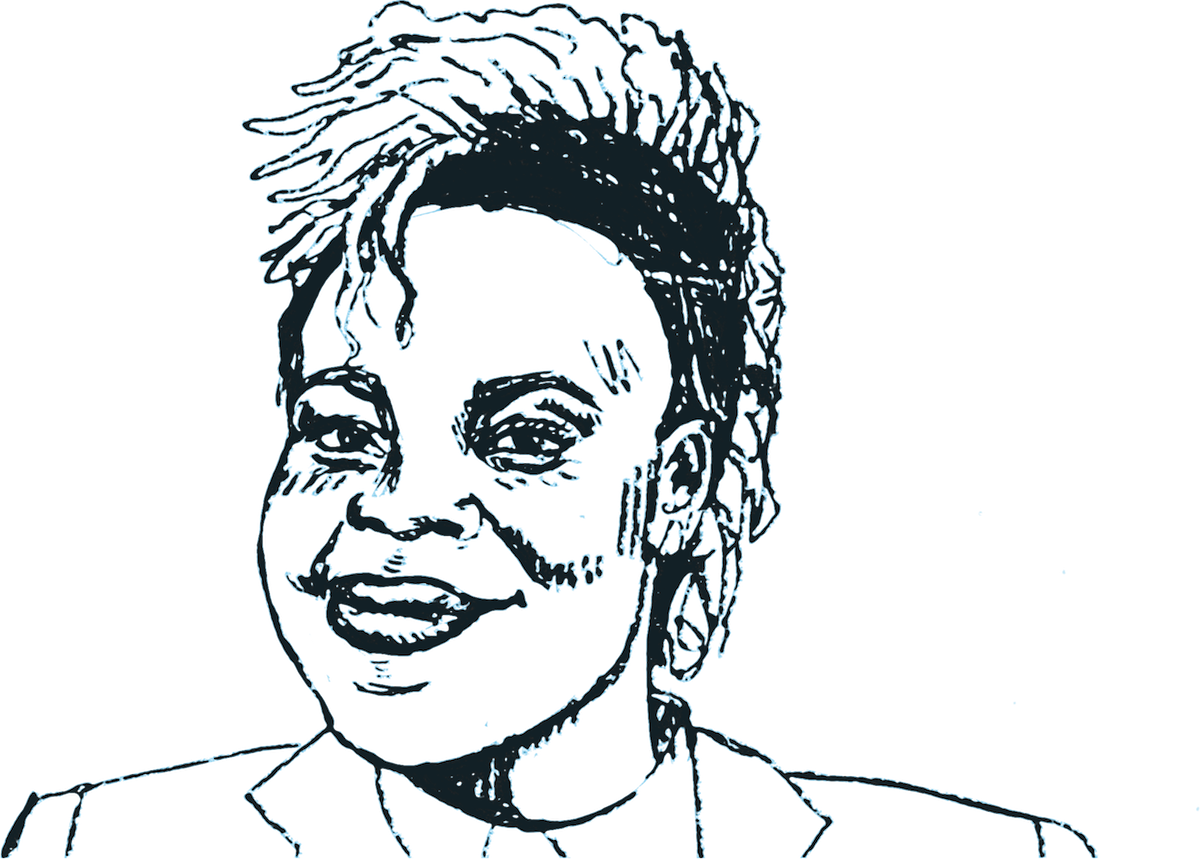 During her time at NYU film school, Rees began shadowing her professor Spike Lee, and interned on both “Inside Man” and the 2006 HBO documentary miniseries “When The Levees Broke.” Lee went on to executive produce Rees’ feature debut, “Pariah.” The film premiered in competition at Sundance, winning its 2011 cinematography honors for Bradford Young, plus Film Independent Spirit and Gotham Awards for Rees.

Her feature film as a writer-director, “Mudbound,” was the Sundance festival’s biggest acquisition of 2017, selling to Netflix for $12.5 million, en route to four Oscar nominations. She also helmed Netflix’s “The Last Thing He Wanted,” an adaptation of Joan Didion’s 1996 novel.

The late French New Wave pioneer Varda received her first Oscar nomination in 2018, mere months after Angelina Jolie presented her with the Academy’s honorary statuette at the Governors Awards. The prolific photographer-turned-television-and-filmmaker began directing in the mid-’50s with “La Pointe Courte,” which the native Belgian followed with feminist touchstones such as “Cléo From 5 to 7” and “Vagabond.”

For nearly three decades, she was married to fellow filmmaker Jacques Demy, chronicling his death from AIDS complications in her 1991 dramatic work “Jacquot de Nantes.” In 2017, she and her friend JR, a former graffiti artist more than 50 years her junior, co-directed the documentary “Faces Places,” which received an Academy nod for best documentary feature.

Combined, Zhao’s features have been nominated for 10 Film Independent Spirit Awards! She completed the Forest Whitaker–produced “Songs My Brothers Taught Me” while part of the Sundance Institute, eventually premiering the film in competition at the 2015 festival. Like its predecessor, 2017’s “The Rider” took a trip to the Cannes Film Festival, returning from the Croisette with the top prize in the Directors’ Fortnight program, the Art Cinema Award. The film was distributed by Sony Pictures Classics, shortly after Beijing-born Zhao won the inaugural Bonnie Award, a $50,000 grant from Film Independent and American Airlines. Zhao is directing the next big Marvel Entertainment installment, “The Rider,” on the heels of the success of Searchlight Pictures’ “Nomadland,” the winner of prizes at the 2020 Venice and Toronto Film Festivals, 2021 Golden Globes, and more.