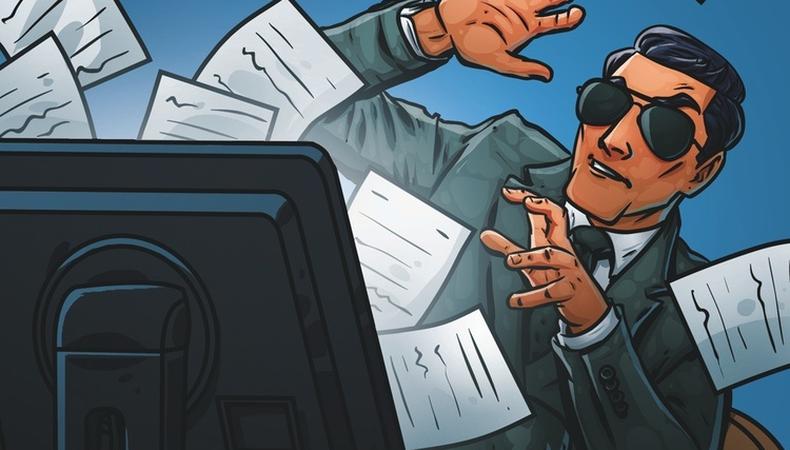 I hate Al Gore. The day that man invented the Internet, my life became a living hell. All the hard copy submissions were replaced by a deluge of emails that never seems to stop. Seriously, they come in every few minutes. There’s no end.

I’m a curious cat, so I open every single one of those emails, just like I used to open all the hard copy submissions. A lot of agents ignore them, but that’s not my nature. I have to know what’s inside. Call it my tragic flaw.

So let’s take a closer look at a recent submission from an actor named Brenda and my thought process as I read through it.

The email begins with a referral. On the surface, that’s a good thing. One of the best ways to get an agent’s attention is to have someone refer you. Doing this makes you stand out from the pack. Unfortunately, this referral isn’t going to work. Why? Because the person doing the referring is an acting teacher I’ve never met. The name doesn’t even ring a bell, and I know a lot of teachers.

Referrals from strangers are worthless.

Moving on, I see that Brenda’s with a manager I don’t like. Hell, no one likes this guy. He signs a ton of actors, places them with agents, and then completely ignores them. Instead of providing guidance, he lets people like me do all the heavy lifting. But rest assured, if there’s an offer on the table, this manager suddenly becomes Johnny on the spot with opinions about the deal and how quickly he can receive his commission.

At this point I already know I’m not interested in this actor, but hope springs eternal, so I decide to soldier on.

There are three headshots attached to the email. The first one is great. It shows an attractive young woman with dark hair and sky-blue eyes. The next picture isn’t as impressive. The lighting’s off, and her smile is as crooked as Lombard Street. I brace myself and click on the last one. Yikes! This picture is simply terrible. It’s like the headshot of Dorian Gray. She should’ve quit while she was ahead.

Always go with your best picture, the one everyone loves. Burn the rest.

Well, Brenda has one last chance to redeem herself. Sure, the referral is nonsense and her manager’s a joke, but she does have one decent picture and I still haven’t looked at her résumé. This could all turn around with the click of a mouse.

I decide to go for it. Click. The PDF opens, and I start to inspect the cluttered document.

She has 12 film credits, and I don’t recognize any of them. That’s not a good sign. They’re all probably short films or glorified home movies. Either way, those “credits” mean nothing.

Reading further, I see she’s listed a series regular credit on a pilot that isn’t real. It’s probably some Web thing no one has ever seen. Real pilots involve a studio and a network.

The rest of her résumé is even less impressive. Here are a few random observations:

Brenda has eight theater credits, but I’ve never heard of the plays or the theaters where they were done.

Her training section has one L.A. teacher I recognize. The rest are from out of town, and no, I’m not talking about New York or Chicago.

Under special skills I see “years of improv experience,” but I don’t see any improv under training. What’s up with that?

And that’s all she wrote. This submission is a definite pass, but it’s all good because another 20 came in while I was reading this one.