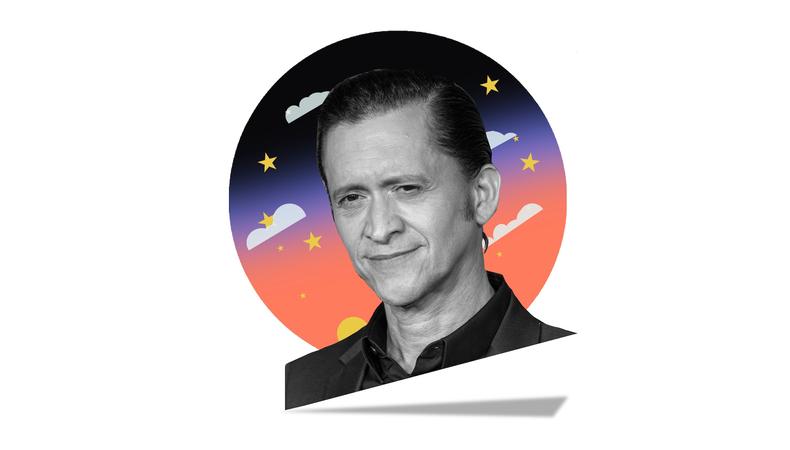 It’s taken more than three decades, but with Clint Bentley’s “Jockey,” Clifton Collins Jr. has finally gotten the chance to be a leading man. He plays Jackson Silva, a weathered, world-weary racing jockey whose body is begging him to finally get off the horse, but whose pride and tenacity refuse to let him back down. The longtime character actor calls up the kind of textured, lived-in performance that has made him one of the hardest-working actors in the business. (Standout performances in the acclaimed “Nightmare Alley” and the upcoming “After Yang” also help his case.)

“Jockey” earned Collins top acting honors at last year’s Sundance Festival; he’s also nominated for lead actor at the 2022 Film Independent Spirit Awards, and he could very well see himself vying for an Oscar. Collins takes a walk down memory lane in our craft and career questionnaire.

I had started auditioning, and I had no clue what I was doing. So it’s really trial and error. Two months in, I got an audition for a “Say No to Drugs” commercial, and I got it. It was a month before my 18th birthday. So I got Taft-Hartley on that. And that’s when you gotta be the guy even though you’re not union. So that’s the thing all actors want. Like, if I could just get Taft-Hartley! Because I wanna be SAG! Three weeks later, I got two commercials in one week. And there’s a window when you’ve got to pay. I don’t know what it is now, but you’ve got this initiation fee that’s, like, a chunk of money. And I remember my uncle spotted me, I think it was $1,200—which, as a 17-year-old, I had all kinds of side hustles and side jobs, but I didn’t have that kind of dough at 17. Thankfully, my uncle spotted me the money, which I paid him back.

When I first started this, a dear friend of mine, who was like a big brother and a mentor since I was a teenager, asked me if I’d seen “Sid and Nancy.” And I was like, “Sid and Nancy? Who are they? Are they like Bonnie and Clyde?” I didn’t know about Sid Vicious. I was into gangsta rap, you know? So we watched Gary Oldman play Sid Vicious, and I had my mind blown. I was getting ready to do my first big role. I was still learning to act. But I was traveling alone for the first time to Australia for three months. So this was one of the films he presented to me to tighten me up. And he was the first actor I studied—Gary Oldman as Sid Vicious. And in all honesty, that performance was so ahead of what I was even capable of doing, whatever capacity that I was in touch with. I was like, I could never do that! Like, he’s actually acting? That’s not somebody? He’s pretending to be Sid Vicious, but it sure looks like Sid Vicious to me, and I don’t even know who the guy is! But it was Gary Oldman. So from that point forward, I really started to study a lot of actors, just because I was enthralled and captivated and intrigued.

Wow, this is so funny. You normalize these wild things so they’re not so wild anymore. Whether it’s lying about an audition, or you’re seeing some friends signing in on a call sheet for a different audition that you couldn’t get in on, so you sneak over there and just write your name on it and just play super dumb. I’ve done everything. Like, they’ll tell you there’s not a script available, but they’re going to have a general, but you want to increase your odds. So you contact some people that are higher up that might have access to that script, and you find a character that you love. So you come in character. Let’s say he wears glasses. So I walk in there with my glasses on: “I’m so sorry. I’m wearing my glasses! I tore a contact, so I had to—and, oh, my God, there’s a character with glasses!”

I fought really hard to get into this room. I don’t know what the agent said to set it up, but it was not set up properly. So clearly, they did not want to see me. I felt completely unwanted. I felt like they’re just ready to chop my head off before I even walk in the door. And I studied so hard. I’m like, I got a shot! They cracked the door just open enough for me to squeeze in there and do my dance, so let me do a great dance.

So [the character is] supposed to be this charming guy. These older women start a brothel for themselves. They’re like, “Well, men have their brothels; why can’t women have [brothels]?” That kind of thing—and I won’t mention the big stars that were in it, but they’re classics. Afterward, my agent called me: “Hey, Clifton, what went on in there? What happened?” “What do you mean what happened? I rocked it.” And he says, “Never in my entire career as an agent have I gotten feedback like this. Yeah, they said that you scared them.” “Like, in a good way?” “No. Bad. They said you played him like a rapist.” And I’m like, “Whoa! A rapist?”

But you roll the dice when they say they don’t want to see you. I have been in quite a few audition rooms where they didn’t want to see me. And I usually get them because, since the odds are stacked so high against me, I know I’ve got to come through with a bull’s-eye. I’ve done everything; I’ve even rewritten dialogue and given an extra copy of the sides to the casting director. I don’t recommend that. I did get that role, so you can pull it off. But you’ve just got to realize that the torches are lit, and if you don’t pull through, that bridge is gonna burn.

Study harder, which is the same advice my grandfather gave me. He gave it to me in different stages of my career. One day I was working on “Thief,” the Andre Braugher FX TV show. My grandfather was fighting cancer. I was in New Orleans filming, and I called him. He sounded pretty bad, but immediately, he asked, “Are you doing good work?” And I said, “Yeah, I’m doing good work.” And he says, “Well, I want you to do better work.” When I heard him say that, it just choked me up. It was like, Oh, my God. He hasn’t been here; he hasn’t seen the dailies. Can I do better work? Well, I sure as hell can try. I could explore more; I could research more; I could play more. And I did. It’s something you’ve got to tell yourself, to remind yourself if you get stuck: If you fall into the fun zone, then you’re going to keep exploring, because you’re having fun with the character. The discoveries are fun. They’re validating. They’re the “Aha!” moments that make us feel like: Oh, wow, I’m headed the right way. Nobody’s done it like this.