How to Create Your Hosting Reel 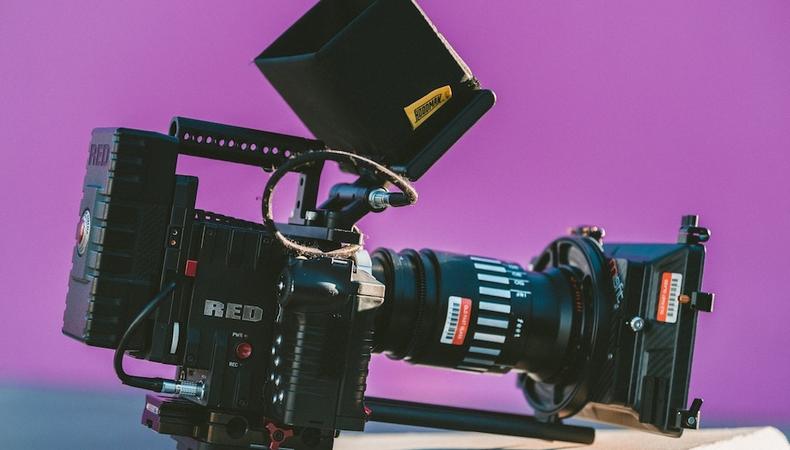 There are skills you must learn to be a serious candidate for on-air hosting jobs, just as with acting. But in both fields, once you have the skills and have honed the talent, the more imposing barrier becomes, "How do I show producers and casting directors what I can do?"

In acting, this challenge is difficult. The worst case, but sadly not the least likely one, is to work for weeks on a showcase which no one comes to see, or to act in a student film that never gets made, or – shudder – to pay casting directors and agents to watch you do your monologue and then never see or hear from them again. "I'm so freakin' talented but I can't get my talent in front of anyone!" That is the true actor's nightmare.

But if you're itching to be a host, good news! It's EASY to show what you can do, in an effective, inexpensive way. To make a great hosting reel, you don't need many of the things that make showing your acting talent so difficult to do – like other actors, a theater, a film crew, not to mention a good script that features you doing the kind of character you do best.

To make a great hosting reel, you only need yourself and some basic professional video equipment. I tell my hosting class students, "If you don't have a hosting demo reel, it can only be because you really don't want one." It's really that easy. Here's how you do it.

Identify two or three different shows that are fronted by a host. There are, at last count, 11.6 gazillion on YouTube alone. Choose them based on how much you'd like to be those hosts, with a serious, objective appraisal of whether anyone else could see you in those roles (in other words, stick to your type).

Steal their scripts by transcribing what they say. It's not always the case, certainly, but generally host scripts from shows that have been produced are well-written. Of course, if you prefer, you can make up your own hosting jobs and write the scripts yourself. Each one should be 15-30 seconds long.

Next, find someone with video equipment. I’m not talking about a smart phone, but it doesn't have to be elaborate or expensive, either. The major requirement is that it captures audio from a microphone that the talent (that's you) has pinned to their body or that they can hold in front of their mouth, like a reporter. Bad audio, i.e., audio recorded from the camera's self-contained mic, is the equivalent of shooting blurry video, maybe worse. Nothing says "just kidding" like a demo reel with crappy audio.

Now, all you need to do is find locations that suit the scripts you've cobbled together, or a green background, which can be as simple as a bed sheet hung on a wall or a commercially available product made for photography (several inexpensive ones can be found easily). Greenscreen, which has been used in movies and TV for many years, is your best option because it gives you the ability to edit in any picture or video footage you have, as if you were really there. Apple's user-friendly iMovie app does this remarkably well, and there are a lot of other options.

Use a tripod, shoot the scripts (memorized!), changing up your outfit for each, and edit them together. You want to have a finished product of only 60 to 90 seconds. Voila! You are officially the host of your own hosting reel. You can upload it to your own website if you have one, or to an actor database site that hosts your video, résumé, and headshots, and submit it for hosting jobs.

As simple as this is, there are professionals who can do it all for you if you're not sure you can, or want to, do it yourself. For example, in my hosting classes, I offer a free hosting demo reel just for taking the class. It’s a fun project for my studio, which means prices stay reasonable.

Hosting demo reels are simply too easy to create not to have one. Make yours, and put yourself in the mix for all those jobs!

Brad Holbrook
Brad Holbrook is the founder, chief cook, and bottle washer of ActorIntro.com, a Manhattan studio that creates video marketing tools for actors. He also trains and coaches actors in the skills required for performing on camera, privately and in group classes.
END_OF_DOCUMENT_TOKEN_TO_BE_REPLACED