Why Creating TV for Kids + Adults Is Similar, According to Nickelodeon’s ‘The Astronauts’ Showrunner 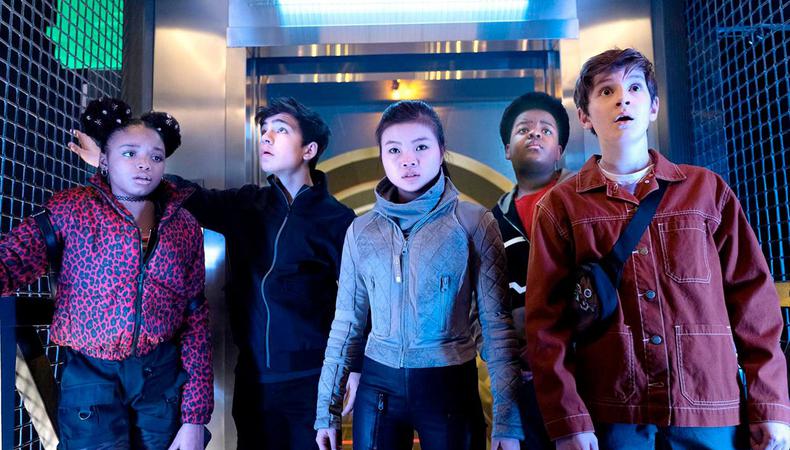 Daniel Knauf’s journey to running a TV show is a long one and a short one, and it’s so unlikely that it would be unbelievable as a character arc on television. After writing for practice on the side of a long career as a health insurance broker, he began to post his work online around 1999 and 2000, before blogs and internet discoveries were normal occurrences. A producer looking for something other than police or medical procedurals found the first act of a feature script that had potential for a slot on HBO during the time that “Sex and the City” was the premium cabler’s big series. With some adjustments, that script became the two-season series Carnivàle. After creating and running his own show as his first major foray into the industry, Knauf learned how hard it is to get a project made, and how unusual his trajectory had been. His TV education continued with writing and producing on series like “Supernatural” and “The Blacklist”, before returning to the top spot this year with a bit of a different project, Nickelodeon’s “The Astronauts,” about a group of kids that are accidentally launched into space and have to find their way home. Knauf shares his experience making the family-friendly dramedy, which premiered on Nov. 13, plus what happens when COVID-19 interrupts a television shoot.

What a day on set looked like for Knauf on “The Astronauts”:
“I do things a little differently than most showrunners. First of all, I like the writing to be one part and the production phase to be another part, so we had eight of 10 episodes written before we even did any filming. Once we go into production, I like to be on set. Most of my job is watching the rehearsals and seeing if the lines are working. Is the scene working? Is everybody aware of the purpose of the scene? You make sure everything’s blocked right and then once they start actually shooting coverage, you’re revising pages and monkeying around with future episodes and fine tuning things. If some of your cast has trouble with certain kinds of lines you make little tweaks that you can’t do in the vacuum of a writers’ room.

I want to create an environment in which everybody will come away from it saying, “I did the best work I’ve ever done.” Sometimes that’s just getting out of people’s way if you’re really doing the job. If I ‘cast’ the right production designer, if I ‘cast’ the right stunt coordinator, if I ‘cast’ the right, wardrobe person, then ideally I don’t really have to do anything, I just have to get out of their way and let them do their job. I like to give people creative wiggle room. I like to be surprised by something somebody’s done. When I go home every night, I run an inventory of all the things I did really well. And then, what didn’t I do well? If there’s a situation where I feel like I owe somebody an apology, I go over to their office and apologize the next day.”

How COVID-19 changed the way he operated as a showrunner:
“It really affected the production. All of a sudden, we can’t have more than 50 people on set. Generally it’s like 200 people. It became this very complex thing. We finished four episodes and then we shut down and then in August, we started shooting again. I had a live feed to the camera so I was able to sit in my living room in Westlake Village and in real time watch what was being shot. If I’m on set, that means there’s one less person who could be on set who’s actually maybe more necessary on set. It was really weird because it was by remote control. But then again, when I was shooting ‘The Blacklist,’ we’re shooting that in New York and all the writers were in Los Angeles so I’m used to working by remote control.”

The difference between running a show for young and adult audiences:
“You can try to convey the truth of every scene and not get lazy, not fall back on what we’ve seen a million times before. The gold standard is what they call the ecstasy of recognition, where you’re watching a series and a person reacts to a certain situation in a way that’s wholly unexpected, but completely in line with that character, or, more importantly, in line with something that reminds you of a situation you might’ve had. You think, Oh my God, I thought I was the only one, but I guess I’m not and it reconnects you with humanity. When I’m looking around and people were responding to the scene similarly to me, it means they could get it. I’ve never seen it that way before. I’m always kind of going for that, whether you’re writing for children or adults, it doesn’t make any difference. I think the big change is how dark you can go. There are places I’m not going to take kids. Even the way people have a conflict, I’m probably going to be a little bit more general. You’re not quite as intense when you’re writing for kids and families. But it can be really scary.  We actually were able to go to some places in the story there that are fairly dark, but I’m a big believer in redemption and I don’t go to dark places just to go to dark places.”

What it’s like to work with a cast of mainly young talent:
“When writing for kids, I write like I’m writing for really honest adults. Kids just generally say what’s on their mind. They’re not very good at diplomacy. There’s not that much subtext. Less subtext I think with children is the main thing. These were 12-year-olds, so they’re just on the cusp of becoming adults. They’re moving into that territory. They’re fun to write. Adults are always hiding behind masks. Kids are just in the process of building that mask.” 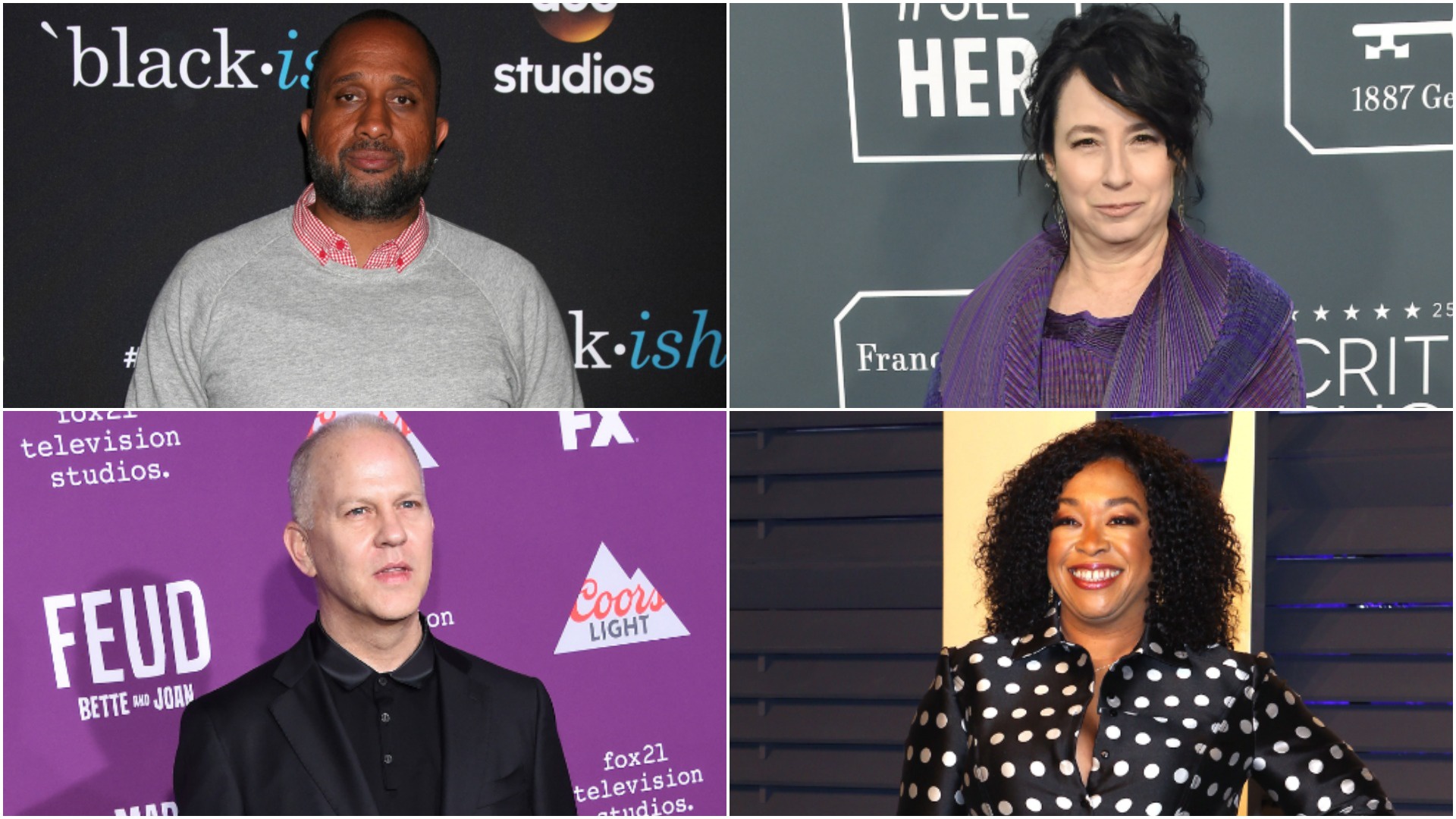 Want to Become a Showrunner? Take Notes From These 12 Power Players

Advice he has for aspiring showrunners:
“Sit down, write some episodes, pull some friends together, and just start shooting. What used to be insanely impossible, the equipment is consumer level now. The best thing to do is get a job where you’re supervising people because it’s really about management. You’re managing people and material and making sure that you’re exploiting that material in service of creating something wonderful. You’ve got to like people and you’ve got to inspire everyone you’ve come in contact with and give people enough room to create. Another good thing is to look at people who have been in leadership positions. Read some biographies, they all relied on really smart people. Emulate people who did it successfully.”

What Knauf thinks makes a good showrunner:
“Somebody with a clarity of vision who can function inside the fog of combat production. There are a lot of moving parts and there’s a lot of people asking you questions. It’s maintaining that this is the show we’re all making and making sure that everybody understands that and the showrunner maintains that and doesn’t let it become distorted. At the same time, if something better comes up, be smart enough to seize that too. It’s maintaining that clarity of vision.”

What he thinks makes good TV:
“Television that when I’m watching it, I go, ‘I have no idea what’s going to happen next,’ but it’s not coming from left field. I think it’s a matter of constructing characters that are going to do unexpected things or handle things in a way that is different than what we’d expect them to do. That all comes from character rather than you going, ‘I’ve seen this a million times, but I’ve never seen this. So let’s do this.’ It can’t just be this weird creative contrarianism; it needs to be embedded in that character. It’s about who they are and not just because what the plot means.”