Doug Wright Talks How to Adapt ‘The Little Mermaid’ for Stage 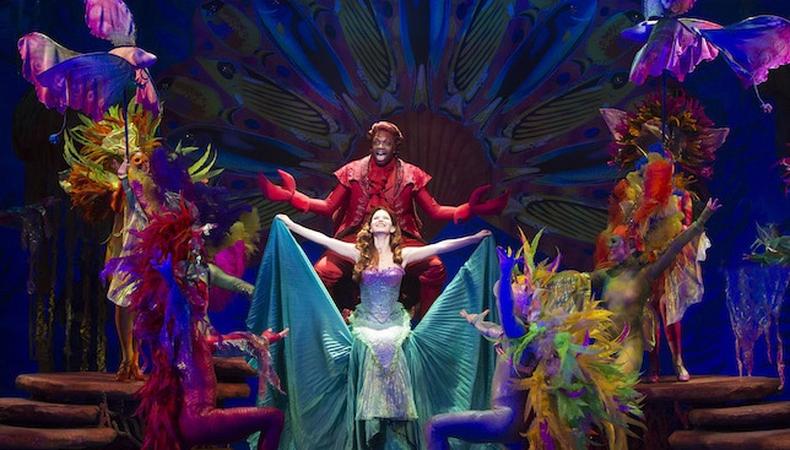 Dallas native Doug Wright has had one of the most peripatetic careers in modern theater. Yale educated, he won both the Pulitzer Prize and the Tony Award for his one-actor tour de force “I Am My Own Wife,” delved into the mind of Marquis de Sade in “Quills,” and updated Swedish playwright August Strindberg with the ominous “Creditors.” But he’s also received acclaim as the author of three musicals—all, coincidentally, adapted from films. “Grey Gardens” and “Hands on a Hardbody” were both based on documentaries, but the third was the essence of family-friendly fare: The Disney animated classic “The Little Mermaid.”

We caught up with Wright on the eve of “The Little Mermaid” opening for its latest tour at Fair Park Music Hall in Dallas, to chat about the process of keeping the charm of the source material while turning it into a modern, character-rich musical.

What was your association with the animated film before you got tapped to adapt it for stage?
I was already an adult when “The Little Mermaid” came out, but I was as enchanted as any young person. The story is a valentine to anyone who feels different or out of place. And the first time I curled up and watched the film, I was gob smacked by Alan Menken’s score—it was Broadway-worthy long before we ever mounted it there. I actively lobbied for the job, because I really wanted to adapt it.

The movie is a brisk 90 minutes with a half-dozen charming songs. What was the process like expanding that into a full-scale stage production? What was your process like working with the composers to integrate the old songs and find room for the new? Our producer, Tom Schumacher, had worked on the animated film, so we had access to all of the early notes and scripts. We turned to them. In early drafts, Triton and the wicked Ursula were actually brother and sister, so we borrowed that element for our version. And Alan was wonderfully generous about revisiting the material with a fresh mind, as long as we kept true to the late Howard Ashman’s richly idiosyncratic vision. Glenn Slater wrote vivid and insightful new lyrics, so at times it almost felt like crafting a new show.

As a writer, you are known for your character studies of complex personalities. How do you apply those skills to fantasy characters, honoring fans’ expectations while holding it up to your own standards? I wanted to make sure that Ariel, when she falls for Prince Eric, is captivated by more than just a pretty face. We made him an outsider in his own world, too; instead of ascending to the throne as expected, he wants to break free and sail the high seas. He’s no more at home on land than Ariel is “under the sea.” So they are both strangers in the worlds they inhabit, and that gives greater grist for a satisfying love story when they finally meet. And in Ariel’s final confrontation with Ursula, we felt she should save herself, not be rescued by a male figure. So we tinkered, to be sure. But hopefully we never violated the whimsical tone of the original.

A lot of the film is set underwater with fishy characters. As a playwright, how much do you put into conceiving how those things are executed, and how much do you just leave it to others to figure out? With all the creative minds at Disney Theatrical at our disposal, we were never overly prescriptive about how a certain character should look or operate onstage. We had a host of inventive designers to help solve those problems, so we were happy to cede to them!