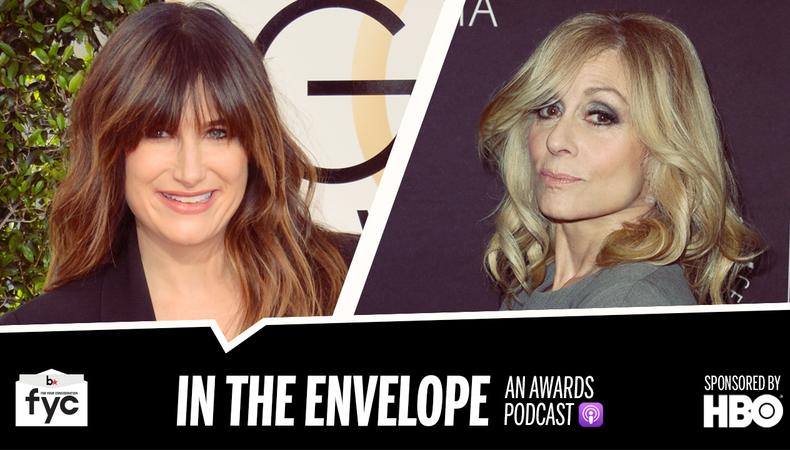 In this extra-special, extra-long episode, we are joined by two Emmy-nominated stars from Jill Soloway’s groundbreaking Amazon comedy “Transparent.”

Judith Light, a Tony- and Daytime Emmy-winning legend who keeps breaking our hearts as Shelly Pfefferman, has been recognized for the second time in a row by the Television Academy for “Transparent.” Season 3 ended with her character giving a rousing rendition of Alanis Morissette’s “Hand in My Pocket,” a scene that epitomizes the intimacy and poignancy of the series. Light tells Backstage about drawing lifelong inspiration from the LGBTQ community, working with Jeffrey Tambor and the rest of her on- and off-screen Pfefferman family, auditioning as your best self, and seeing acting as an opportunity to serve.

Kathryn Hahn, a frequent scene-stealer in everything from “Crossing Jordan” to “Parks and Recreation” to “Bad Moms,” received her first Emmy nod for “Transparent” this year. Her performance as Rabbi Raquel Fein, ex-fiancée of Jay Duplass’ Josh, this season included a shattering crisis of faith. It also differs from her equally stellar work on Soloway’s other dramedy, “I Love Dick.” Hahn gives a generous (and hilarious) interview covering everything from the nuances of religion to early-career survival jobs.

Jack Smart
Jack Smart is the awards editor at Backstage, where he covers all things Emmy, SAG, Oscar, and Tony Awards. He also produces and hosts Backstage’s awards podcast “In the Envelope” and has interviewed some of the biggest stars of stage and screen.
END_OF_DOCUMENT_TOKEN_TO_BE_REPLACED