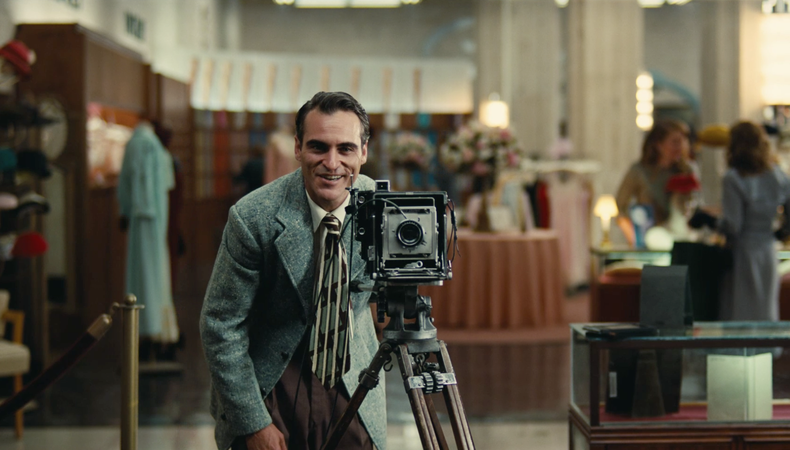 Part of acting is observing and absorbing performances by other actors. Watching masters of their craft deliver timeless performances is a great way to learn technique, get inspired, and ruminate on that je ne sais quoi of believable and affecting scene work. But where to start? What movies should you add to your Netflix queue or track down on Amazon Prime? Actors across the industry offer up the movies they would recommend, including performances of their own they felt were most worth watching. And just in time for the weekend!

“ ‘Lincoln.’ I think Daniel Day-Lewis is amazingly transformational. He’s someone actors should go and watch and see how he does it. ‘My Left Foot’—[see] all of his movies and watch how he transforms.” Michael Potts, “Jitney”

“I love John Cassavetes’ ‘Opening Night.’ It’s such a beautiful movie, and Gena Rowlands is so tortured in it and gives a brilliant performance. She is just one of the best actors that I’ve ever seen. She and Cassavetes understood how we diffuse emotion through most of our daily lives. We don’t want to feel most of the time, and we certainly don’t want to feel negative emotions throughout the day, and she just had a way of doing it where you knew what she was feeling but she was trying not to feel it. That just always struck a chord with me, and it’s something I try and work toward.” —Skeet Ulrich, “Riverdale”

“ ‘Tootsie.’ It’s about art and being an actor (among many, many other things.)” —Amanda Peet, “Brockmire”

“My favorite film that I was in was ‘Grosse Pointe Blank.’ That was largely improvised and brilliant and wonderfully constructed and different.” —Minnie Driver, “Good Will Hunting”

“ ‘Scarecrow.’ It’s the only film I’ve ever made in absolute continuity, and that allowed me to take all kinds of chances and really build my character.” —Gene Hackman, “Superman”

“ ‘Dr. Strangelove.’ The thing that I love the most about it is that I’m a huge [Stanley] Kubrick fan, I’m a huge Peter Sellers fan, and I think that the way that Kubrick shoots a movie shows the best of what a director can bring to an actor’s performance, and I think Peter Sellers shows just incredible range in his performance in a serious, nuclear war film at a time when that was actually a thing that could happen. It’s a really brave movie.” —Justin Collette, “School of Rock”

“ ‘Silkwood.’ Meryl Streep to me is the biggest genius of all time in terms of acting. I like every performance from her, but there is something about her in ‘Silkwood’ that is mind-blowing. The scene in the car—I think I watched it 20 times in a row.” —Penélope Cruz, “The Assassination of Gianni Versace: American Crime Story”

“My favorite kind of acting scenes, or at least where I think people shine the brightest, are odes to Meisner technique scenes where people are face-to-face and it’s almost like a repetition exercise. There’s an eight-minute sequence in ‘The Master’ by Paul Thomas Anderson. It’s the programming sequence, or the ‘download,’ rather, where Philip Seymour Hoffman’s interrogating Joaquin Phoenix’s character. That feels like almost an ode to the Meisner technique in acting and reacting, the pinch and the ouch, not premeditating what you’re going to do.” —Timothée Chalamet, “Call Me By Your Name”

“It’s more or less what inspires you. That’s the thing: It makes you want to, it makes you feel about yourself that you’re in a valued art form, the performing art form.” —Al Pacino, “Paterno”