How to Nail Your Musical Theater BFA Audition, According to CCM Chair Aubrey Berg 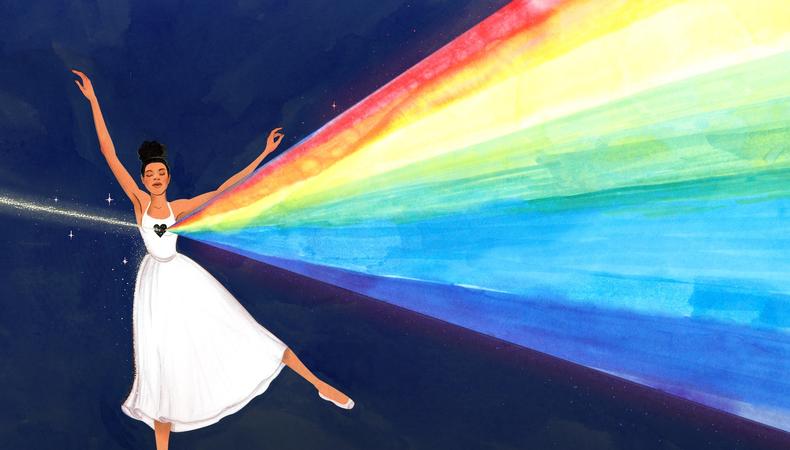 Many casting directors will say that an actor’s job is to audition; booking the gig is the “gravy.” It’s a familiar concept for any young actor beginning to build their career. For performers pursuing higher educational training, their biggest audition to date is likely the one getting them into a BFA program. The University of Cincinnati’s College-Conservatory of Music’s chairman for musical theater, Aubrey Berg, sees more than 1,000 applicants audition for 20 spots each year. During his tenure, Berg has become a casting director of sorts, sifting through the many applicants for the nation’s oldest musical theater college program for the stage stars of tomorrow.

What can a student expect from a CCM audition?
We start with a dance audition. They warm up steps across the room and learn a combination to see how they pick it up. We watch them throughout the process to see how they work under pressure and interact with the students who are teaching them the combinations. They interact with the faculty, as well, so the personality evaluation starts when they walk through the door. Then they have an individual audition. They perform two songs and a monologue of their own choosing, and then we talk to them to see how they field questions and get a sense of who they are. We see them for about 75 minutes.

What are you looking for during these auditions?
Usually, we have someone there to evaluate movement skills, both in dancing and in an acting piece. Somebody evaluates their voices—not just when they sing, but when they speak, answer questions, and do their monologues. Another person evaluates their acting skills, smarts, and mental ability. We try to evaluate if they’re in touch with their emotions and if they can share their emotions. Then there’s a fifth area: personality. We look for strong, unique personalities, because that’s what’s going to get through the work. I can’t think of any actor that’s made it without a strong personality of some sort. That lives within you, and we try and bring it out during the four years at CCM.

What helps a candidate stand out in an audition?
Actors who are confident and performers who have explored the material and know what they’re dealing with. Actors who give themselves over to the performance without saying, “Look at me! Look at me!” I don’t have a high tolerance for divas or showing off; I like performers who are honest in the work they present. Sometimes kids are coached so much there is no spontaneity left in the performance. Every time you perform, you should do it as though it’s the first time. It should be fresh, not just a reproduction of what your coaches have told you is good. Spontaneously enjoy the material and share the characters’ thoughts and emotions. 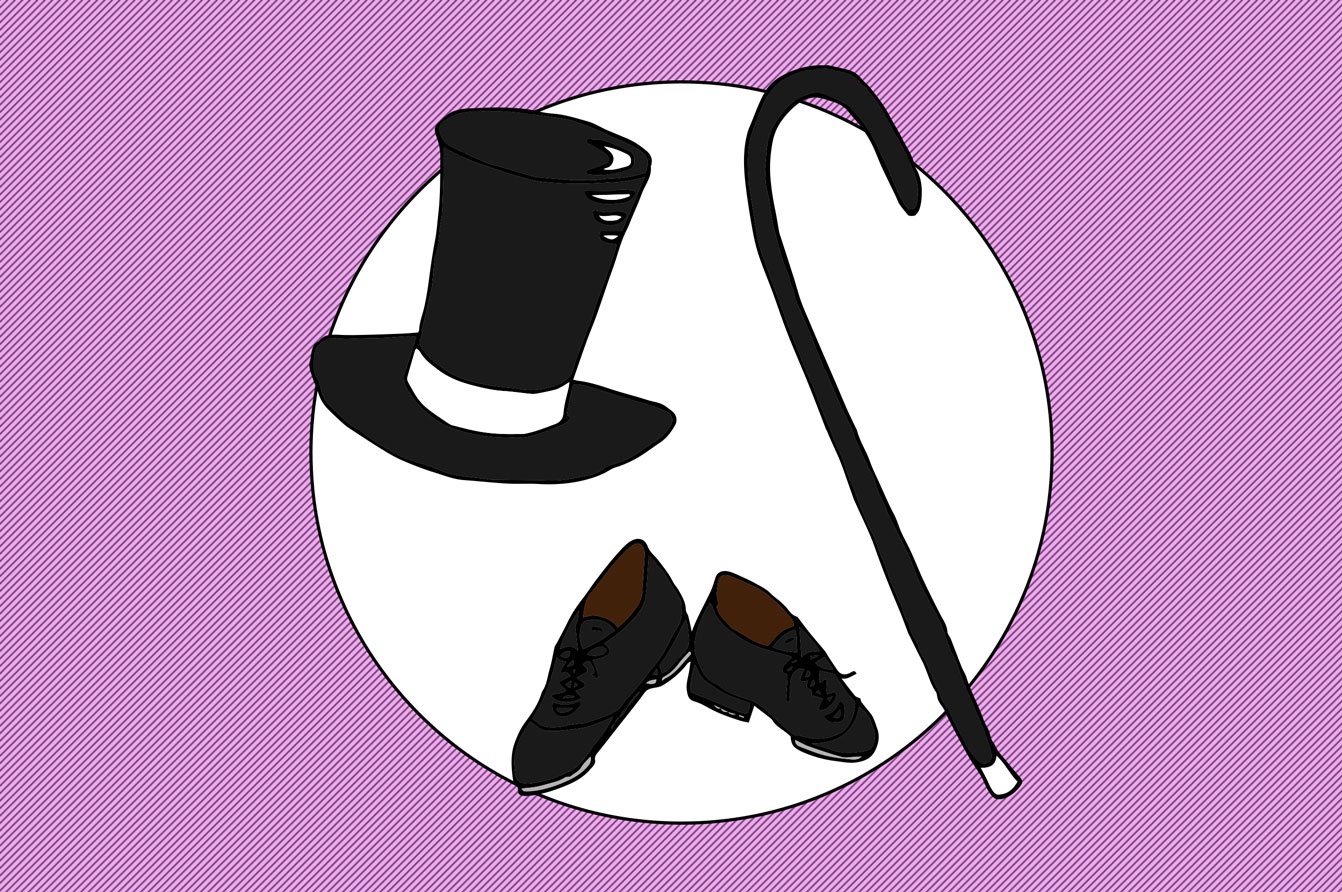 What advice would you give someone looking to become a CCM student?
Be yourself. I always talk about the two big Ws. The first W stands for “who you are” and the second stands for “what you can do.” I think this is true of any audition for any production anywhere in the world. Under what you can do, show your voice, body, head, and heart. Under who you are, show us the essence of you and what makes you tick. Sometimes people are so busy showing us what they can do and checking their faces and doing strange things that they forget to show us who they are, or they think it’s not important. Actually, it’s essential.

What are some audition tips you have for CCM applicants?
Some people are so busy trying to impress us with the notes they can pop out and how they can tip their faces that they forget to show us who they are. I keep coming back to this persona component of the audition. We’re not just evaluating skills, we’re also trying to find the people behind those skills. Then there are all the usual things to beware of. We see young people doing pieces that are completely inappropriate for their age, singing songs that may be great to listen to but really don’t show you any abilities on the part of the person who’s performing them. We see kids who have no sense of who they are, and they’re always difficult to evaluate. I look for confidence.

As much as you can assess it, I try to look for smart applicants. I look for people who seem particularly interested in the world, as opposed to having musical theater blinkers on. I like my students to be able to have a conversation; I like them to have good social skills; I like them to be able to walk into a room, shake somebody’s hand, and introduce themselves and have a conversation. It’s difficult to get a sense of these things in the short time we have for an audition, but if you’re looking for them, you can find them. And the other thing that has really nothing to do with the applicants but everything to do with the people behind the table is you have to try and think four years into the future [to] where these kids will end up, not necessarily where they are at that point in time.

We’re looking for people who are hungry to learn, willing to grow. You have to be a great performer and you have to have a great personality. Performing is all about wearing your heart on your sleeve, and let’s hope it’s a good heart. There are so many truly bad behaviors out there, I never really see why we should put more out there. So if we can put out good people who are good performers, I think we’re doing our job.

Is there training or certain basic skills you expect applicants to have?
It’s really all over the map, and that’s especially true of the dance component. We take kids who have been dancing since they were 3 years old and kids who have only recently come to dance through being in shows. We usually say that, if you consider singing, dancing, and acting, you need to do two out of three really well, and one of them has to be singing because there are musicals where you don’t have to dance a lot and there are musicals where you can get by with basic acting, but there are no musicals where you don’t sing. We’re looking for really strong singer-actors or really strong singer-dancers, and we believe we can fix the third component.

What does preparation for the audition involve?
We used to have something called the “Do Not Sing List,” which we don’t have anymore. I like kids to have done a little research about our program, maybe they’ve come to visit or taken the campus tour, but at least know we’re career-bound. We’re a triple threat program, so they should be prepared to acknowledge the program to be looking at three areas of their performance expertise while they’re with us. They need to, again, show smarts in the pieces that they pick: they’re age-appropriate, they’ve read the play that the monologue is from, they understand the background. It’s the same with the songs that they sing. Know the characters and know the situation so you can make smart and informed decisions about your material choices. Then, we talk to them. Sometimes they do a really good audition, and then they stand there like Bambi in front of the truck when you ask the most simple question. Surely, they should be able to answer the question “Why do you want to come to CCM?” You should be able to articulate it. Answer my question and tell me a little bit about yourself in the process. It would be nice to think that the students are articulate, smart, emotionally available, and have the skills in singing, dancing, and acting. We like to find unique people, good people, people who are hungry to have a career in four years’ time.

Are you a young performer looking for work? Check out Backstage’s kids auditions!

Elyse Roth
Elyse is a senior editor at Backstage, where she oversees all casting news and features content, including her weekly casting director Q&A series, In the Room. She came to New York from Ohio by way of Northwestern University, where she studied journalism, and now lives in Brooklyn. She might see and write about awards-worthy films, but Elyse still thinks “Legally Blonde” is a perfect movie and on any given night is probably taking in some kind of entertainment, whether it’s comedy, theater, ballet, or figuring out what show to binge next.
END_OF_DOCUMENT_TOKEN_TO_BE_REPLACED