What It's Like to Be a Child Understudy on Broadway 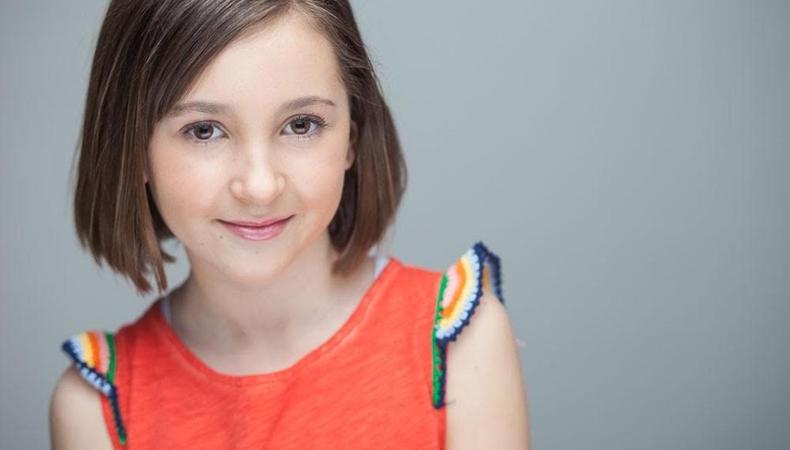 Ever wondered what it’s like to be a child understudy on Broadway? Today is your lucky day! I spoke to my client, Maya Fischbein, who was only nine years old when she made her debut in “Fun Home.” She offers an inside scoop on what it’s really like.

You understudied three different roles in “Fun Home.” Which was your favorite?
Well, I loved all of them but Small Alison was my favorite! She is a fun and complicated character to play and gets to sing beautiful songs. My favorite song of hers is “Ring of Keys.” It is an important part of the show and the song is very emotional and moving.

Did you get to go on stage for all three characters?
Yes! I was the first and only understudy at “Fun Home” to play all three Bechdel children (Christian, John, and Alison). Playing a boy was a fun challenge for me. I had to learn how to walk and stand like a young boy…. That is what I love about acting: you get to be someone else for a short time, live in someone else's shoes. It is very cool! Each character was so different and I loved playing all of them.

Was it hard to learn three different parts with the different songs and lines?
I wouldn't say it was hard because I loved it! It was definitely a lot of work but I really enjoyed learning all the characters’ lines, songs, and blocking. Blocking is knowing where to stand on stage during each scene. Also, having to move props around the stage.

“Fun Home” was a theater in the round, meaning the stage was in the middle and the audience was all around us. We had to move around the stage a lot and face different parts of the audience throughout the show. It makes the audience feel like they are a part of the show.

I took a week to learn each character. We had rehearsals from 9 or 10 AM until about 5 PM, with breaks for lunch and school work. Then we would do a full run through of the show in each character. This is called a "put-in."

What do you do backstage when the other kids are performing? Does it get boring?
Not boring at all because we get to play with each other when someone is not on stage—there [were] other understudies to hang out with. We play board games, make our own mini movies, and sometimes play video games. We also have our amazing guardian, Vanessa, who plays with us and makes sure we don't get into trouble.

It is hard to do nights—potentially weeks—where you don't get on stage?
You must go into it knowing that you may not get one stage much, if ever. And when you do find out you’re going on, it is VERY exciting! Sometimes we have warning and other times just a few hours, and in some rare cases it can be in the middle of the show.

Who watched you backstage?
Vanessa was our guardian. They are also called child wranglers. She watches us, makes sure we get into costume, hair, and mics on time. She gets us to the stage right before we go on. She also makes sure we don't get into trouble, and [that we] eat and drink when we are supposed to. She’s kind of like the backstage mom. Vanessa was funny and taught us a lot. She is now the child wrangler for the revival of “Miss Saigon.” I miss her and get to visit her every once in awhile.

What was your favorite part of the experience? Would you do it again?
Wow, that is a hard one! I had so many favorite parts. Definitely my Broadway debut I will never forget. I had over 100 friends and family come see me perform that night. I was able to play Small Alison for my debut. Also, getting to sign the playbills at the stage door and meet such amazing and supportive fans is the best.

When I sing, act, and dance live on stage in front of an audience, it is a huge rush I can't explain. I am a little nervous right before I go on, but once I am out there, I am in a whole new world. You become that character; you don't think about anything else. I really love it!

Also, when you are part of a show you create a family. You are all in it together so we all support and help each other. I am very thankful for my experience and time with “Fun Home.” It is an incredible show and I made some great friends for life. Being on Broadway is very special and I would 100% do it again!

What advice would give another child actor about being an understudy?
Always remember you are very important to the show and the cast. You all support each other. Don't worry about your time to go on stage. Work hard, stay positive and it will happen!

*This post was originally published on April 4, 2017. It has since been updated.

Maya Grace Fischbein is currently in fourth grade, has been performing since she was three, has played the piano since she was four, and loves to dance. At the age of eight, she began performing in local theaters in “Les Miserables,” “Aladdin,” and “The Sound of Music.” At nine, she moved to New York to join the Broadway cast of “Fun Home.” After the final performance in September 2017, Maya returned to her home in Southern California and was cast in a short film called "Smile: A Musical" where she played the lead character, Hazel.

Ready to make your Broadway debut? Check out our kids auditions!