Martin De Boer ‘Powers’ His Way to a Stunt Career 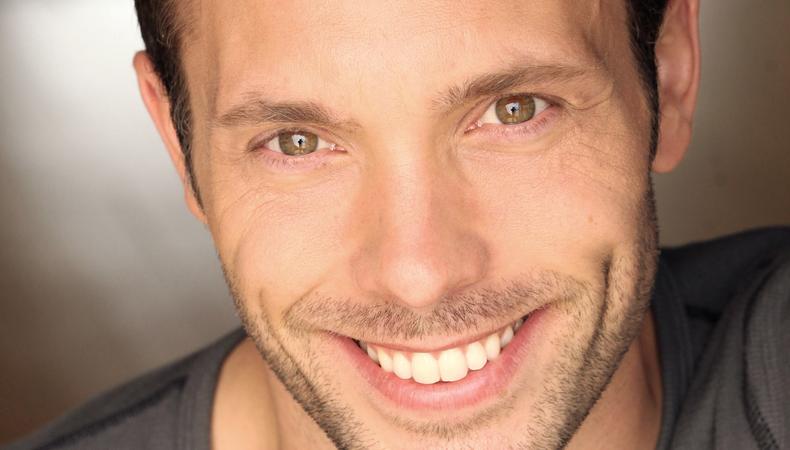 Taking up martial arts at the young age of 8, Dutch stuntman Martin De Boer knew that someday he wanted to transition into performing on some level. As his boyhood obsession turned into an adulthood career teaching martial arts, a chance encounter with retiring stuntman Leen Duchiene led to realizing his dream of becoming a Hollywood stunt performer.

“I always kind of had the idea I wanted to do films, but I never really knew that it was called stunts,” says De Boer. “I had done some commercials and little things. Over the years I started teaching martial arts and got sidetracked. I realized I really wanted to perform, but I had no idea how. I stopped teaching and a week later a friend of mine said, ‘There’s this old stuntman who’s kind of retiring, but he’s been training people. You should meet him.’ ”

While training with Duchiene, De Boer quickly learned that the choreographed nature of stunt performing would take some getting used to after years of training in self-defense and fighting techniques intended to legitimately disable an opponent. But it didn’t take long for De Boer to establish a strong understanding of the basics of stunt work.

“He introduced me to people who worked with Jackie Chan, then I decided I had to move to the U.S. and do it over here,” De Boer recalls. “Martial arts and film fighting are two different disciplines. It’s great if you have physical abilities, but you have to relearn how to throw punches and how to sell it in front of cameras. It’s a whole different art.”

After moving to Los Angeles in 2008, De Boer earned his SAG card on his first big action production, “I Am Number Four.” Since then, he has stunt doubled Benedict Cumberbatch in “Star Trek Into Darkness,” Jack Reynor in “Transformers: Age of Extinction,” and Jai Courtney in “Terminator Genisys,” among other major films and TV shows. Having doubled Josh Holloway in the Atlanta production “Sabotage,” De Boer is currently back in the Big Peach as a co-stunt coordinator with Mike Massa for the comic book series “Powers” on PlayStation Network.

“I worked with [Massa] on ‘Star Trek,’ and we just did ‘Agent X’ on TNT,” says De Boer. “We work really well together and he asked me to be his assistant on this project. It’s been a great opportunity for me to keep moving and growing in a new direction. Mike is a really awesome coordinator [and] an extremely talented stunt performer who doubled Harrison Ford in the new ‘Star Wars’ movie, which I think is cool.”

Though stunt performing and coordinating remain his passion, De Boer also recently added stunt acting to his résumé during a fight scene on HBO’s “The Leftovers” series. Despite his physical background, he sees the value of a stunt performer who can also transition into speaking roles.

“Within stunts, a lot of people get cast for acting,” he says. “It makes it easier for a production to have a unique character that can also do his own action stunts as opposed to trying to get an actor and have to double him or her, which doesn’t always work as well on camera.”

For De Boer, the key to progressing as a stunt performer or actor is to meet the right people. But he says networking only benefits those who have integrity, and, of course, the necessary talents. “I think the best way to break into this industry is by getting to know as many people as possible. But be very genuine and real about it. Otherwise it will work against you. The best sales people sell you things without you realizing you bought something. The art of being real and honest with yourself is what will translate into valuable relationships. That’s when people hire you and keep bringing you back.”