5 Tips for Getting Started With Claymation 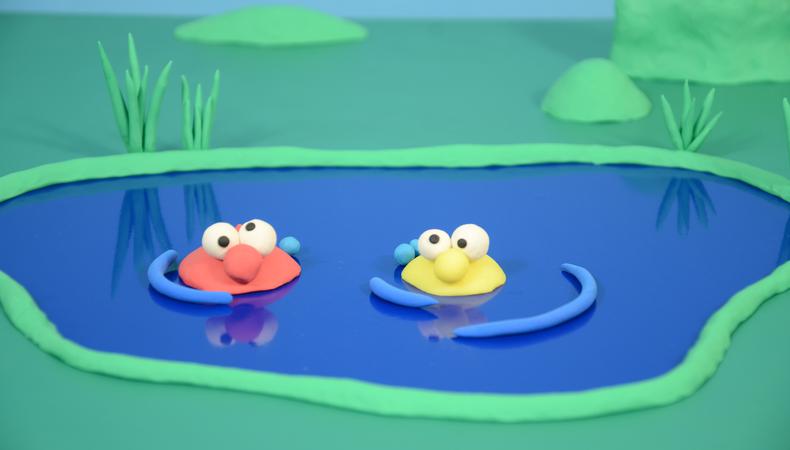 There’s no question: claymation—short for “clay animation”—can make for a very entertaining film. And a successful one! The Wallace and Gromit feature film “Curse of the Were-Rabbit” won an Oscar for Best Animated Film in 2006; “The Nightmare Before Christmas” was nominated for a Best Visual Effects Oscar in 1994.

While it may be a visually impressive feat, it is also a difficult one. Claymation is a type of stop-motion animation, which means it’s essentially shot frame by frame. After each shot, the filmmaker stops and adjusts their clay figures ever so slightly. Then, they capture another image—and so on and so forth, until the action is complete. These still images are then edited together to create fluid movement on-screen.

It's a bigger undertaking than your average film project—most animations are—but with the accessibility of apps like TikTok and Instagram that allow users to make short stop-motion films, it can be less daunting. Here are five things to consider if you’re wondering how to do claymation.

Choose the right clay.
Getting the shots right takes time, so you will need a type of clay that does not dry out too easily or quickly. A type of modeling clay called Plasticine is a popular choice. It is typically sold in bricks of varying colors at art stores. While Play-Doh is fun to play with and comes in bright colors, it is generally not well-suited for claymation projects because it dries quickly.

Plot it out.
Having a solid storyboard is a good idea for any type of video or film project, but it becomes particularly important for animation projects. Because claymation requires so many precise shots (as many as 64,000 for feature-length films!), having a well-defined notion of the story progression will go a long way to save time, money, and energy.

Brace yourself.
Well, brace yourself for the need to brace your clay figures! A good way to ensure that sculptures you make say consistent through the lengthy process of filming—they can melt under lights and other stresses—is to sculpt them around toothpicks or wire.

Start short.
There is no getting around the fact that claymation requires a lot of one-frame shots (we're talking thousands for longer films). With TikTok and Instagram Reels, where clips are a maximum of 60 seconds long, you won't be taking as many shots as a feature-length movie. But even a minute-long video will require far more work than a 15-second one—so consider starting short and building up to a bigger animation project. Pro tip: many filmmakers use a technique called doubles or twos, in which two frames are shot each time you turn the camera on.

Don't get dirty.
So many outside factors can interfere with the consistency and fluidity of animation. Minute flecks of dust can even mess up a project, depending on how granular you want to get. When you are shooting, be conscientious about your set and the things that come into and out of it. You won't be able to control everything, but devoting some attention to it will make your project better!