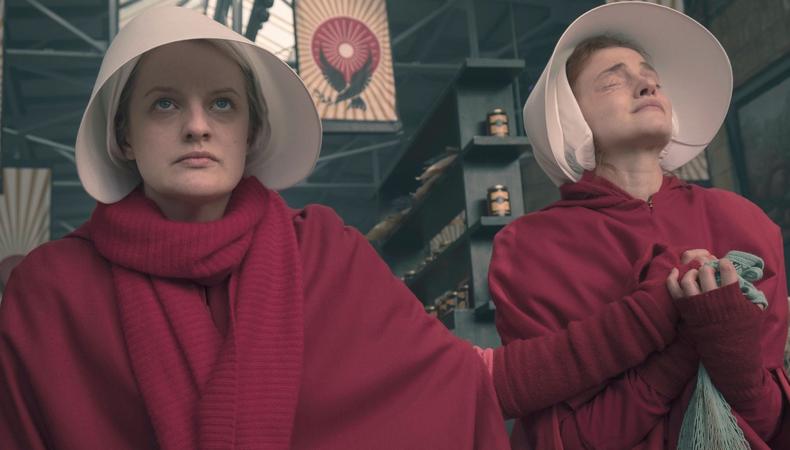 You’d think that by its third season, “The Handmaid’s Tale” would have leavened just a bit in the physical, emotional, and mental atrocities to which it subjects its characters—and thus its viewers—throughout each hour-long episode. But then again, real-world horrors certainly haven’t relented since the Hulu drama premiered in the spring of 2017; why, then, should the series’ fictional ones? In fact, it seems a safe bet that when we look back on the eventual legacy of this streamer, a footnote on every page will be its inextricable mirroring of this era’s war on human rights.

READ: ‘The Handmaid’s Tale’ Casting Director on Listening in Auditions

But with this most recent season, which premiered June 2019, Hulu’s Emmy-winning episodic may have achieved its most chilling real-world parallel to date: desensitization. Just as a “new normal” method of grappling with current events has become a survival tactic during the current period of unrest in America, it has also become requisite for watching “The Handmaid’s Tale.” Ritualistic assaults and impalements that during the first season were shocking are now par for the course with every gorgeously shot installment. And yes, believe it or not, that is an excellent thing for a show that has graduated from zeitgeist lightning rod to one of this moment’s defining cultural tentpoles.

To be fair, the dystopian world Margaret Atwood created in her 1985 novel—in which a military theocracy uses female bodies as breeding vehicles—has for decades packed a political punch. And with the help of series showrunner Bruce Miller, that world has been rendered disconcertingly real from Episode 1. It is through its cast’s performances, however, that the “Handmaid’s” premise is moved from the realm of “this is plausible” to “this might be inevitable.”

That, of course, starts from the top, which in this case is “Handmaid’s” Emmy-winning star and producer Elisabeth Moss. Despite having laid bare her cards for years, Moss gets more revelatory the longer we know and more deeply we care for her June. Her signature close-ups in particular—a barely registered flicker of the eye, an involuntary grimace—should be studied in on-camera acting classes. She’s carried the gargantuan series on her back with aplomb, but watching her step up and into a leadership position this season is akin to watching a caged dog at last released in full ferocity.

That isn’t to diminish Moss’ sparring partners: Emmy winner Ann Dowd finally comes into full, devastating focus this season with an award-worthy episode highlighting Aunt Lydia’s backstory, while Serena Joy Waterford remains the most ambiguous character on television thanks entirely to the devilish sympathy Yvonne Strahovski lends her. Rounding out the ensemble, Samira Wiley, Joseph Fiennes, Max Minghella, and the ever-heartbreaking Alexis Bledel each provide more nuanced displays of character study with every episode, bringing into sharp focus the imaginable reality of their unimaginable circumstances.

What truly makes the third season of “Handmaid’s” excel, however, is the welcome addition of Bradley Whitford (Moss’ former “West Wing” co-star), whose eccentric and capricious Commander Lawrence gives these most recent episodes precisely the new blood needed to avoid a narrative slump. Whitford, his coif as pigment-less as a ghost, strikes the perfect balance between protective and putrid; it’s no wonder he’s already won himself an Emmy for the gig—with plenty more awards for him and his collaborators to follow, surely.

Casey Mink
Casey Mink is the senior staff writer at Backstage. When she's not writing about television, film, or theater, she is definitely somewhere watching it.
END_OF_DOCUMENT_TOKEN_TO_BE_REPLACED