The Secret to ‘Making It,’ According to ‘Handmaid’s Tale’ Star O-T Fagbenle 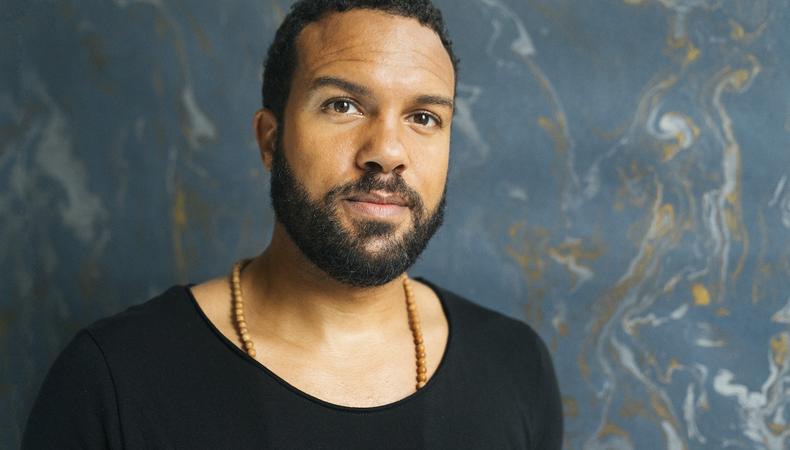 As part of one of television’s most impressive acting ensembles working today, “The Handmaid’s Tale” star O-T Fagbenle, who appears as June’s husband, Luke, says he values being on a series that connects with “things that people are feeling and thinking at the moment.” The actor, who’s of Nigerian and British descent, sat with us Sept. 13 to discuss script comprehension and what he’s learned working on Hulu’s megahit.

“Handmaid’s” is special.
“I’ve been a working actor for a long time. I’ve done everything from children’s theater to commercials to radio, and to be part of a show that really captures people’s imaginations and hearts and political ideologies and philosophies—[a show that’s] engaged in the world in a way which is much greater than the show itself...it’s the best thing you can hope for from art: that it changes people’s lives meaningfully, or it creates a kind of articulation of people’s inner lives and reflects their lives back to them.”

On what he learned from Elisabeth Moss.
“No matter what, being opposite great actors just makes you better. One thing I’ve been learning working with Elisabeth is that she is doggedly interested in the truth. There’s nothing, really, that slips past her. If there’s something off—and it’s never pedantic, it’s always done with love and generosity—but if there’s something weird in the script or there’s something weird on the set, she will say [something]. So often as actors, we want to please. But she just has this kind of confidence and an ability to see truth, and that’s so useful to be with someone in the scene [like that]. It emboldens you.”

READ: Why ‘The Handmaid’s Tale’ Cast for Diversity in Dystopia

Smart writing requires smart actors.
“The first thing I always think of [when reading a script is] comprehension. It sounds like a silly thing, but [it’s important] to really read the scene and understand what is going on in this scene. Because the thing is, what you might find on the first read may not be what’s actually going on. And if the writing is good, which the writing is great on this show, there are more things going on. So I just spend a lot of time trying to understand what is actually going on here. What is going on that people aren’t talking about? What is going on that resonates with other things in the character’s past? The majority of my work is about that.”

The secret to “making it.”
“An actor’s or an artist’s ability to tolerate rejection is one of the fundamental attributes of whether or not they’ll make it. And when I say ‘make it,’ [I] mean you’re making a living as an artist. You have to have a tolerance for rejection, which is more than most people can stand. And for me, a big part of that is having a life outside of acting where you don’t think that every single waking moment has to be all about acting.”

Want to work in the U.K.? Check out Backstage’s  London audition listings!

Benjamin Lindsay
Benjamin Lindsay is managing editor at Backstage, where if you’re reading it in our magazine, he’s written or edited it first. He’s also producer and host of a number of our digital interview series, including our inaugural on-camera segment, Backstage Live.
END_OF_DOCUMENT_TOKEN_TO_BE_REPLACED