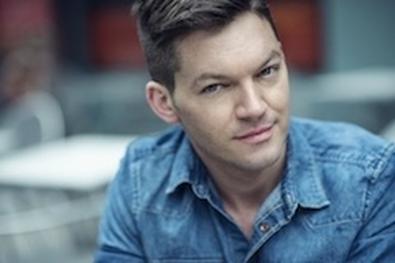 OK, moms and dads. This is both a love letter and a cautionary tale. I know how hard you work. You want your kids to do well. You work hard going over the sides, read the scripts for them, take them out of school, rearrange their schedules, and race around from audition to audition, not to mention taking them to their vocal coach, acting coach, dance lessons, school play rehearsal, sports, and everything else they have going on. You are a super parent, and you would do anything to make your kid happy.

There isn’t enough time in the day to do everything. At the drop of a hat, you may be asked to fly to the other coast, or get 10 pages of sides for a last minute callback. It is beyond impressive how much you support your children. But at what point is it too much? What is the best way to prepare when they have so much going on? How do you juggle everything and still make sure they are doing a good job for those two minutes they are in the room? And most importantly, are they still having fun?

At the end of the day, everyone just wants your kid to book the job. You, your agent, your manager, and the casting director are working their butts off to make that happen. They are giving you a coveted time slot and want the actor to come in and nail it. Nothing else matters—the excuses, the amount of homework they have, the apologies, the drama. The number one thing that all casting directors want in on-camera auditions is for kids to act natural, to bring their authentic personality to the audition, to be fully prepared, and to have fun. Kids can be wonderful actors, and tap into extreme emotions at the drop of a hat. They can also be taught bad habits, which can get in the way of delivering a strong audition.

Here are the best ways to prepare your kids for their next on-camera audition:

1. Memorize, memorize, memorize. I know you get the script the night before, and sometimes you get more than one audition for the next day with lots and lots of lines. It’s a crazy business, and everything happens very last minute. Most kids aren’t prepared enough when they walk into a room, and end up staring down at the script the whole time. Or even worse, instead of listening in the scene, they are just thinking of their next line. It shows in their eyes. The single best thing you can do as a parent is help them memorize their lines. Make it fun. Talk about what the lines mean, and why they would be saying it. Have them try it tons of different ways. You want to make sure they are as prepared as possible so they can go in and be fully present in the scene, and also be open to direction. Just run through the lines, don’t coach them.

2. Read the whole script. Who has the time, right? I’m telling you, it’s that important. It should be part of their homework. This is one that not a lot of parents do, but it will give you a huge advantage in auditions, as well as a context for the scenes. Find the time to at least skim through it so you understand what is happening. Many times in a callback situation, the director will ask your kid about the script, the character, and the circumstances. You want them to be prepared for this. There are clues in the script that will help fuel the scene. Read the crossed out lines right before the scene starts and dig for clues about the character.

3. Don’t obsess about the breakdowns. If the character description calls for a “precocious, whimsical, happy go lucky 9-year-old” don’t worry about forcing your kid to act that way in the scene. It will be there or it won’t. Breakdowns are just a guide, and often times they change. With everyone reading the same lines, it’s the personality that stands out. The wonderful, original, authentic essence of that actor. That is why they are cast. Of course you want to suggest the character, but the second you try too hard it becomes a red flag and looks forced in the audition.

4. Don’t worry about the clothing and hair too much. This isn’t “Toddlers & Tiaras.” Of course it’s important to dress like the character, but you never want it to be a costume. If you worry too much about the color of the shirt, and whether or not the hair should be parted in the middle or off to the side, you are going in the wrong direction. Nobody ever lost a part because their shirt was blue instead of red. It’s about the essence of the person, and how they come across on camera. Too much costume can make it seem like they are overcompensating for their acting skills.

5. Leave the coaching to the pros. I have to be honest here. I know you want them to do well, but sometimes your coaching gets in the way. Avoid line readings, planned gestures and facial expressions, and trying to “give them what they are looking for.” Many times this makes a casting director’s job so much harder as they try to find the real person underneath all the unnatural “acting” stuff. A good coach will help them free up the lines and make it spontaneous, while also finding the right emotion and tone for the script and how to give the character a strong inner life. Forced line readings create a very stiff, overly rehearsed performance and a casting director can spot that a mile away.

6. It’s okay to say “no.” You were just given three auditions for tomorrow, as well as a self-tape. It’s too much! It is far better to have two auditions that are fully prepared for, than four mediocre auditions where they aren’t doing their best. Ask your agent if any are flexible. If not, pick and choose the ones you feel are most important, and pass on the others. You don’t want your kid to get burnt out. Your agent won’t be mad, I promise.

7. Master on-camera audition etiquette. Just be natural and listen. That’s all any casting director wants. Most kids who come from the stage end up projecting too much, exaggerating their facial expressions, and not paying attention to the intimacy and stillness of an on-camera environment. It’s the easiest way to make sure they don’t get the job. They should walk into the room with confidence (naturally), learn to slate their name into the camera (naturally), take a breath, and then disappear into the scene (naturally). The more rested they are and the more focus they have, the less fidgety they are. The last thing you want is for your kid to show up to an audition yawning, moving around in the chair, and completely distracted. On-camera auditions are about concentration, stillness, and listening. They should sit up in the chair (or stand), look at the reader off-camera, and focus their eyes on that person. Never look into camera (unless it’s a slate), and avoid the eyes wandering around too much.

8. Manage their expectations. There is absolutely no need to tell your kid that this is “an important audition.” It should be fun, just another chance for them to play. Most of the time it comes down to whether or not they are the right height, or have the right color hair. It’s out of your hands! Do the work, show up on time, and then let it go. The more you talk about how big the audition is, the more nervous you make them. It only keeps them from doing their best, and stresses them out. They should be fully relaxed in the audition so they can let their imaginations run wild. Once the audition is done, move on. There are always more auditions around the corner.

Matt Newton is a film and tv acting coach, a professional actor, and the founder of the MN Acting Studio in New York City, which offers on-camera classes for all ages and levels. He is also the on-set coach for the CBS show "Blue Bloods," the author of the popular book "10 Steps to Breaking Into Acting," (available on Amazon), and teaches classes and workshops all over the U.S. Matt has coached Golden Globe nominees, Emmy award winners, has worked as an on set coach on feature films and TV shows, and has been a guest talent judge on several reality shows. Most recently Matt was the acting coach for the film “#Horror” starring Chloë Sevigny and Timothy Hutton, to be released in 2014.

Matt Newton
Matt Newton is one of the most sought-after on-camera acting coaches in New York City. His clients include Tony winners, Emmy award winners, Golden Globe nominees, and well-known actors from film and TV.
END_OF_DOCUMENT_TOKEN_TO_BE_REPLACED