5 Ways To Tell If Your Child Is a Natural Actor 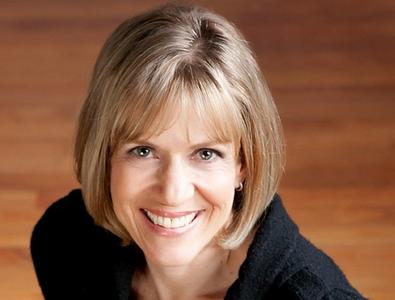 The fake cry. Every parent has heard it and knows in an instant when their child is pretending. I would say the same is true for good casting directors. They can spot a young actor pretending to feel something they don’t.

Good actors communicate real emotions, not pretend ones. When a young actor plays a scene showing—but not connecting—to the emotional life of the character, he is often doing what we call “indicating.” Here are some telltale signs of “indicating” that you want your young actor to avoid.

1. Fake emoting. Crying on cue may come naturally for some, but for many young actors, producing real emotion is an acquired skill. It’s not the real tears that are of concern—that is what glycerin drops are for. Rather, it is finding and applying the honest emotional life of the character. Next time, encourage your child to recall a time in their life that may have made them sad, lonely, or angry. The use of imagination can be another powerful way to create a truthful circumstance. If the character is reacting to their parents divorce, how would the young actor feel if their parents actually divorced? This is a hard skill to master. Don’t be discouraged if it takes a while to learn. Most young actors benefit from a trained acting coach or acting class to learn the necessary skills and let go of fake emoting habits.

2. Making generalizations. Casting directors commonly give this feedback to actors: “The actor was not specific enough.” Unfortunately, this isn’t very specific feedback! What the casting director means is that the actor isn’t making interesting choices that relate to the character’s objective. For example, I often see actors use hand motions—especially when singing—that have nothing to do with anything. The more the actor knows about the character, the more specific he can be when creating a non-obvious interesting audition or performance. Ask your young actor to incorporate facets of the character into their acting. Examples include hometown, upbringing, and social class. Consider who the character is speaking to and what he wants from that person.

3. Concentrating too much on the dialogue. Of course the lines are important—they tell the story. You don’t your young actor to make mincemeat of them—especially if the writer is in the room. But make sure your young actor doesn’t become a hostage to the dialogue either. It isn’t about being right all the time. Tell them to let go of perfection and play what is real to them in the moment—even if it means dropping a word or line or paraphrasing.

4. Not speaking to the reader or other actor. Readers are hired to help the actor create reality. Make sure your child is focusing and speaking to the reader or other actor in the scene. I recall a young actor who entered the room in which I was participating as a judge for a talent competition. I said, “Hello,” and her response was, “Hello ladies and gentlemen,” as if she were addressing a crowd. As I tried to engage her, she was thrown because she obviously had been coached by someone to act as opposed to just being herself.

5. Not reacting. Acting should really be called reacting, not acting. What an actor does is in response to what someone else makes them do! Many times there is little dialogue but a lot of action in a scene. Listening is a basic skill in acting. How well your child is listening and reacting will create a more authentic performance.

I smile with pride whenever a casting director comments that one of my students is, “a natural.” That tells me they have successfully drawn from their own emotional reality and applied it to the character. When young actors learn this and begin to search for authentic connections to their characters, they’ve learned the real first lesson of acting.

Denise Simon is a New York-based acting coach and career consultant who has been involved in the entertainment industry for more than 25 years as an actor, teacher, director, and personal talent manager. For 10 years, she was an associate with Fox Albert Management, one of the leading talent management companies in New York, where she managed such clients as Scarlett Johansson, Academy Award winner Mira Sorvino, Lacey Chabert (“Party of Five”), and Judy Reyes (NBC’s “Scrubs”). Denise has coached hundreds of children and young adults appearing regularly on Broadway and in television and film, as well as educating parents on the business of show business.

Denise Simon
Denise Simon is a New York-based acting coach and career consultant who has been involved in the entertainment industry for more than 30 years as an actor, teacher, director, casting director and personal talent manager.
END_OF_DOCUMENT_TOKEN_TO_BE_REPLACED