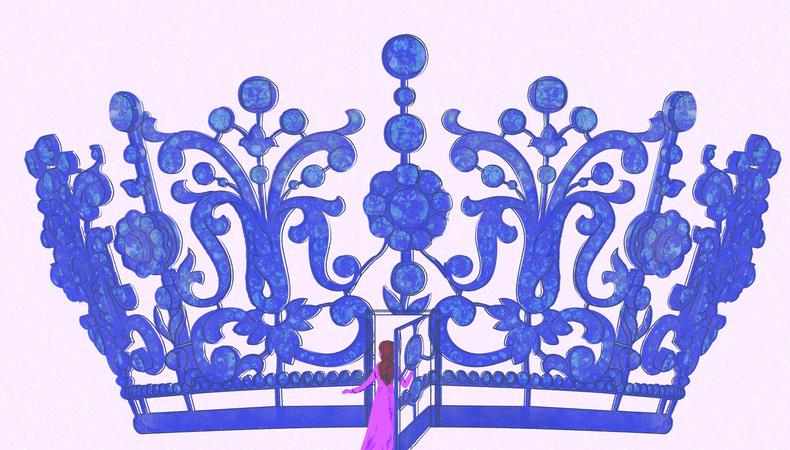 Nina Gold is one of the few casting directors even non-actors might know by name. She made stars out of the young cast members on “Game of Thrones” and helped the new “Star Wars” franchise find its look. She’s also responsible for populating the royal family on “The Crown,” a task that requires re-casting the entire show every two seasons to represent the passage of time, about a decade per season. Season 2 was the last time the world will see Claire Foy as Queen Elizabeth II and Matt Smith as Prince Philip. Next season, Olivia Coleman will take over the throne with Tobias Menzies at her side as the Duke of Edinburgh. As the Claire Foy reign lingers while fans of the show wait on the new cast’s debut, Gold shared the key to finding actors to portray these iconic public figures and the challenges that come with starting from scratch every two years.

What was exciting about finding actors to play iconic people?
It’s good to figure out how to try and find people who can capture the essence rather than being simply about how they look or doing an imitation. It’s really challenging and great to try to find people who can inhabit them and bring humanity to it, match up their humanity with the concept of the character. I have to make them real.

How does your role as a CD change over the run of “The Crown”?
It’s a huge job replacing the entire cast, but somehow even though we weren’t changing the main the leads, it felt like we were doing more casting in Season 2. There was still tons to do somehow. I want to try to get it right. In terms of volume, starting from scratch is great, but in a way I have to get the whole tone of everybody to mix well together, so that was a challenge whether I’m starting from scratch or adding in.

What have you learned from that unique process of having to re-cast every character?
It’s like starting a whole new show. Not only do I have to cast the characters and the roles but I also have to somehow try and make the new people that come match the real person and the last person who played the character as well. It’s an added element of complexity.

What type of research do you have to do?
The way they look is important but there are things that make up the whole of how people approach the character and inhabit it. I’m not necessarily going to cast who looks most like them, that’s just a factor that can help in lots of ways. I’ve read quite a lot of interesting books on all of these people and now that we’re getting into Season 3, it’s a time that I can actually remember. I feel like I’d been doing quite a lot of research watching them on TV in my childhood. There’s a lot that’s been written and recorded about these people so there’s a lot of information out there about them and it’s really interesting.

READ: The 1 Audition Trick That Landed Claire Foy Top Billing on ’The Crown’

What are unexpected challenges that came with the casting job?
Just that there are so many people in it. And, also, the social and class element. It’s a really minute detail, but with the subject matter being what it is, we have to pay attention to that social and class aspect. That is quite a detailed thing to think about and also really interesting.

How do you decide whether you’re going to go after a more familiar or less familiar actor for roles?
We just try and go for people we think will be really great in the part. The name recognition it’s sort of irrelevant. That’s not usually true, but it’s really great that we don’t have to be concerned with it on this show.

What is the timeline for your role in the show?
Things change a lot as we go along, so we keep going as the show is filming. There are always new little bits that keep casting out week to week, but we start thinking about it a really long time in advance. Last October, we started thinking Season 3, which starts filming in July. We have quite a long time so we don’t necessarily do anything early on, but we think about it a lot.

How does knowing what’s coming up historically affect how you cast the season at hand?
I do occasionally think, “oh maybe we should save that person for Season 6,” but, mainly, I just think about the season at hand because there’s a lot to do. I’m just concentrating on what I need to do in the moment.

Where do you find talent?
I go to the theater a lot and I see people in mainstream theater as well as weird small-scale fringe theater. I also go to drama schools and shows by drama groups a lot as well. I’m looking in all sort of different places for people, trying to see people actually doing some acting.

What might make you ask someone back to audition again, even if they don’t get the part you originally auditioned them for?
There’s no one answer to fit all situations, but I think it’s really good when people listen. When actors actively remember to listen in the audition room, that is definitely a good thing.

READ: What American Actors Should Know About Moving to the U.K.

What advice do you like to give to actors?
Only become an actor if you absolutely have to because it’s pretty difficult to do. You have to get ready to put up with a lot. There must be incredible highs, but also lots of disappointments and rejections and learning to accept that is part of the whole of the job.

What shouldn’t an actor do when they’re auditioning for you?
I guess it’s a kind of safe space to try stuff out, so, theoretically, everything is fine really. As long as everybody is respecting each other, it’s the time to try different things out.

When casting roles that need to have a certain look, like on “The Crown,” what can actors do that helps you imagine them in that role?
Claire [Foy] is a good example in that she wasn’t really looking particularly looking right when she came in. When she started, her understanding of the character and how to get inside it was much more important than having the right color hair at the time. You can do some work with your imagination on the look but I guess if you can make a nod towards the general style and vibe of the character. I’m much more interested in the way it feels and the vibe of it than getting the hairstyle exactly right.

What don’t actors realize about what you do?
If they don’t get the part, it’s not because they did something terrible or wrong or they were bad. It’s normally not that, it’s just such a delicate, hard to define thing that makes one person more right than the other nine people trying the thing. That thing is really hard to determine. There are certain factors about the way that the part and the actor are right for each other that has nothing to do with your audition. It doesn’t mean that the fact that you didn’t get the part is because you’re not talented or great. It’s because there was something else that was more of a perfect fit with someone else. Each situation really is unique.

Elyse Roth
Elyse is a senior editor at Backstage, where she oversees all casting news and features content, including her weekly casting director Q&A series, In the Room. She came to New York from Ohio by way of Northwestern University, where she studied journalism, and now lives in Brooklyn. She might see and write about awards-worthy films, but Elyse still thinks “Legally Blonde” is a perfect movie and on any given night is probably taking in some kind of entertainment, whether it’s comedy, theater, ballet, or figuring out what show to binge next.
END_OF_DOCUMENT_TOKEN_TO_BE_REPLACED