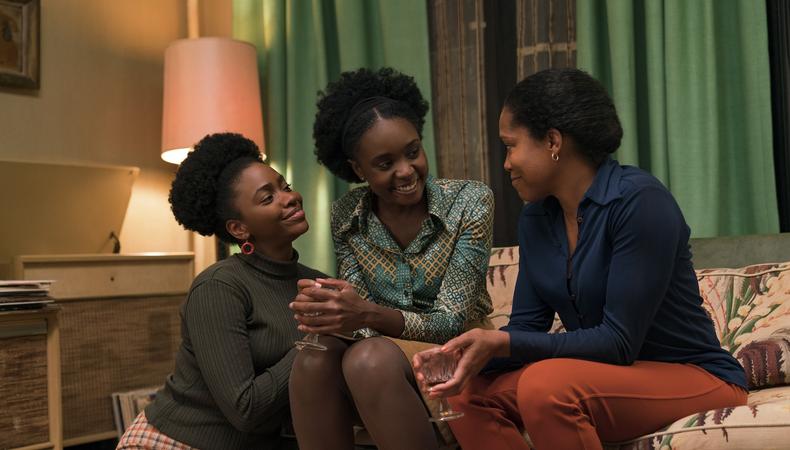 This year’s acting Oscar nominees included veteran nominees, past winners, and first-time actors. One of those first-timers, Yalitza Aparicio, won her role in “Roma” after a months-long audition process. Others, like “The Favourite” stars Olivia Colman and Rachel Weisz, had worked with their directors on projects before (in their case, “The Lobster” with Yorgos Lanthimos). But there’s one thing they all have in common: They earned nominations in a particularly competitive year for films and the talent in them. They came to their roles in vastly different ways, too—all while casting directors worked tirelessly to build the best casts possible. This year’s Oscars ceremony might be over, but if you’re an actor with awards aspirations of your own, be sure to use this advice from these CDs while building your résumé.

“Can You Ever Forgive Me” CD Jennifer Euston on where she finds comedic talent: “Humor isn’t something that you can list on a résumé. How do I find funny people? I have always been attracted to comedy; it’s what I’ve mainly done in my career. I love standup comedians and I love improv. I spent years going to UCB and watching those shows. It’s very hard to describe casting comedy. If I laugh in the room, then I know they’re funny when I’m reading them. It is as basic as that. At the end of the day, I’m a fan before anything. I love comedians and I love actors. I’m the person in the audience; that’s how I see myself when I’m casting. I want to clap for everybody who comes in. If you make me laugh, it’s even better. Humor is just so subjective. I do like to think I have lowest common denominator humor. If I think it’s funny, I think other people are going to think it’s funny.”

“BlacKkKlansman” CD Kim Coleman on what actors can do for audition success: “It’s about taking your career and your passion very seriously. It’s not so specific as, ‘If you do this the next time I see you, I’ll cast you in a role.’ That really depends. But be professional, be confident, know who your character is, and be versatile. A lot of times, an actor will come in reading a particular scene saying, ‘This is the way I prepared it.’ Sometimes creatives will give you a different direction. Actors have to be prepared to do that. Don’t just have the one particular point of view in your head. You have to show versatility.”

“If Beale Street Could Talk” CD Cindy Tolan on what actors can expect from her auditions: “I give adjustments. The thing about casting is that I do want to find the person for the part. If there is something that is right about you for the role, and if your choice was maybe not the choice that’s best going to tell the story that the director or the writer wants, you make an adjustment. If I see it again and it’s almost there but it’s not right, you make another adjustment. I work with actors. I think the other thing to know is that there’s so much about casting the part, and you as an actor cannot be everything. You cannot twist yourself into a pretzel and say, ‘But I could have been this.’ The actor just has to feel good about what they did and then leave it in the room.”

READ: Where they Got Their Start: The 2019 Oscar Nominees’ First On-Camera Roles

“Roma” CD (and former actor) Luis Rosales on his advice for actors: “Don’t lose your essence of being. You need to know a lot of different types of training, but you need to take the things that work for you and find out what works for you because each body, mind, and background is different. What works for me as an actor doesn’t work for you. Search, be very hungry for knowledge about training, but never forget you are human. When you are auditioning and have a lot of casting opportunities, if you are new in the business, you need to accept everything to be present. Be there, show up, don’t be afraid of being who you are, and show who you are at this period in your life.”

Cindy Tolan on where she looks for new talent: “Everybody is on social media, so everything can go viral very quickly if people are interested. If I put out something with Tony Kushner and Steven Spielberg on it, people will pay attention. I use social media all the time now. I never would be on it myself if I wasn’t a casting director. I say ‘yes’ to whoever wants to be my friend. I’m not discerning in that way, because I know the more friends I have, the more people will see what I post. Then it can go viral.”

Kim Coleman on keeping an eye out for acting potential: “I go to theater, I go to concerts. Just every day living as a CD, I’ve found actors for different movies or shows at lunch or walking down the street. Years ago, I was casting a Bob Marley movie. I was in the Beverly Center with my family, and I saw this young kid on the escalator who looked like Bob Marley. I ran behind him and said, ‘I’m not a crazy woman, but this is what’s going on; we’re doing a movie about Bob Marley, you look just like him, please call me.’ He did, and ultimately, he was one of the main contenders. The financing fell apart so the movie wasn’t made, but they could not believe we had found someone who looked so much like him and embodied his essence in the Beverly Center. It’s everywhere; you just never know. I’m always on and constantly thinking about what project I’m working on. I think it’s just something that’s embedded in us as CDs. We love actors. We’re always thinking about the next role.”

Want to get cast and work towards an Oscar? Check out Backstage’s film audition listings!

Elyse Roth
Elyse is a senior editor at Backstage, where she oversees all casting news and features content, including her weekly casting director Q&A series, In the Room. She came to New York from Ohio by way of Northwestern University, where she studied journalism, and now lives in Brooklyn. She might see and write about awards-worthy films, but Elyse still thinks “Legally Blonde” is a perfect movie and on any given night is probably taking in some kind of entertainment, whether it’s comedy, theater, ballet, or figuring out what show to binge next.
END_OF_DOCUMENT_TOKEN_TO_BE_REPLACED