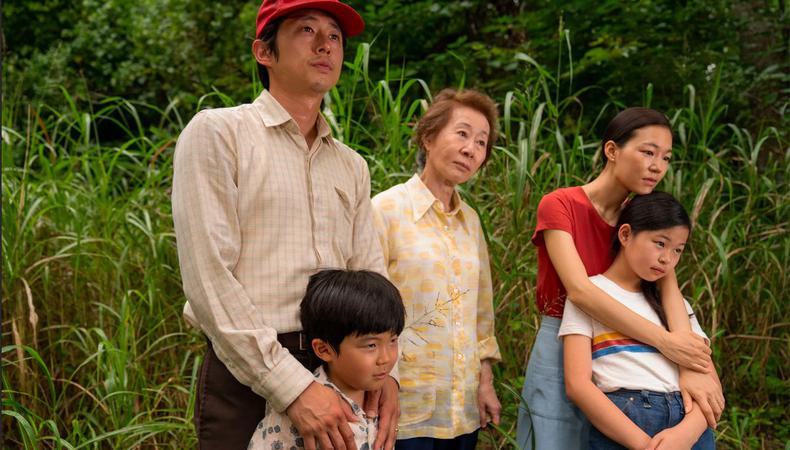 Photo Source: "Minari": Courtesy of A24

The 36th Annual Artios Awards, celebrating members of the Casting Society of America in their work in film, television, theater, and short film over the last year, were presented in a special virtual ceremony on Thursday, April 15. Hosted by Yvette Nicole Brown, the digital presentation announced this year’s winners as well as tributes to casting directors Lynn Stalmaster and Mike Fenton, who passed this year.

Keeping in step with the past few weeks of awards ceremonies, Artios film winners included Disney’s “Soul,” Amazon’s “Borat Subsequent Moviefilm” and “One Night in Miami,” and A24’s “Minari,” among others. TV winners included Hulu’s “The Great” and “Normal People” (presented to Louise Kiely by the show’s star Paul Mescal), FX’s “What We Do in the Shadows,” HBO’s “Black Lady Sketch Show” and “Succession,” “Netflix’s “Big Mouth,” and more.

In the theater categories, casting directors rewarded their peers’ work for productions like “Slave Play,” “Tina: The Tina Turner Musical,” both Off-Broadway and Los Angeles productions of “Little Shop of Horrors,” and a regional production of “Six,” which was one night away from its Broadway premiere before the COVID-19 pandemic shuttered the Great White Way.

In addition to this year’s winners, The Actors Fund, frequent Spike Lee collaborator Robi Reed, prominent theater CD Tara Rubin, British CD Suzanne Smith, Duncan Heath, and Donmar Warehouse received special honors, as did associates Michael Rios and Gianna Butler who were endearingly presented their awards from their CD bosses. Creators like David E. Kelley (of “Big Little Lies” and “The Undoing”) acknowledged the work of casting directors, saying they are the “most unsung and underrated artists in our community.”

“Tonight’s Artios Award ceremony once again celebrated the enormous contributions that our members bring to a global entertainment community. We are extremely proud to congratulate this evening’s well-deserved winners and honorees,” said Russell Boast and Rich Mento, co-presidents of CSA. Throughout the evening, both the presenters and winners focused on the organization’s commitment to inclusion and continuing to work towards the goal of making more talent visible on all platforms.

A long list of talented actors including Angela Bassett, Caitriona Balfe, Daveed Diggs, Margo Martindale, and Indya Moore, presented awards and made special appearances for this year’s honorees and award recipients. Moore even gave a heartfelt thank you to casting directors and a special shout out to her “Pose” CD Alexa L. Fogel for “changing her life.”

For a complete list of the evening’s winners and honors, and to learn more about the Casting Society of America, visit their website.

Elyse Roth
Elyse is a senior editor at Backstage, where she oversees all casting news and features content, including her weekly casting director Q&A series, In the Room. She came to New York from Ohio by way of Northwestern University, where she studied journalism, and now lives in Brooklyn. She might see and write about awards-worthy films, but Elyse still thinks “Legally Blonde” is a perfect movie and on any given night is probably taking in some kind of entertainment, whether it’s comedy, theater, ballet, or figuring out what show to binge next.
END_OF_DOCUMENT_TOKEN_TO_BE_REPLACED