This Is the Reason Denis Villeneuve Keeps Hiring David Dastmalchian 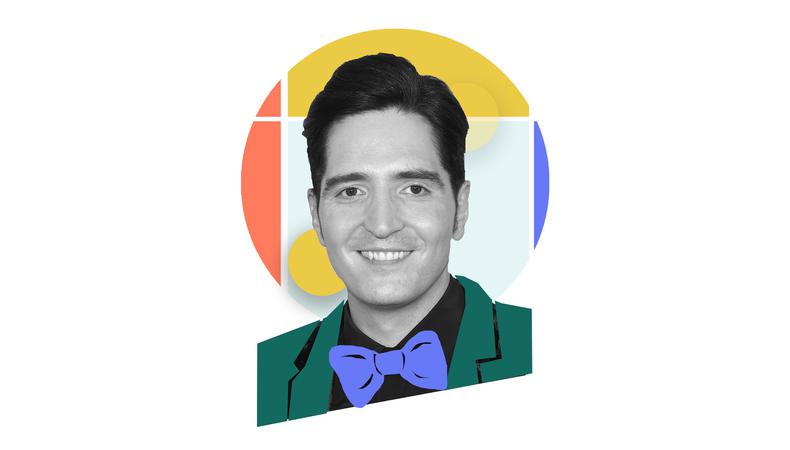 From the stages of Chicago to live-action adaptations of some of his favorite comic books, David Dastmalchian brings a singular appreciation and focus to his work. This year alone, the actor is appearing in “The Suicide Squad” and “Dune.” The latter marks Dastmalchian’s third time working with director Denis Villeneuve, a collaboration he fostered through hard work and a good reputation.

Tell us about your first day on a professional set.
I grew up in Kansas, and I had some experience with community theater and school theater. I got a scholarship to study at the Theatre School at DePaul in Chicago, and acting became my purpose. I definitely was, in a very unhealthy way, managing my own mental unwellness with an out-of-control addiction. And the first professional job that I had was: As I was coming out of DePaul, I got an opportunity to be an understudy for a production of the Naomi Wallace play “One Flea Spare.” I had done the play in college, so I was very familiar with it. I went on opening weekend, without having done any understudy rehearsals, because the lead, who is a good friend of mine, got injured and I had to go on. I barely made it through that experience. My addiction was so out of control, I then lost all opportunity to be an actor. I basically spent the next five years not acting and not doing anything other than being a full-time addict and then eventually getting into recovery and getting better. 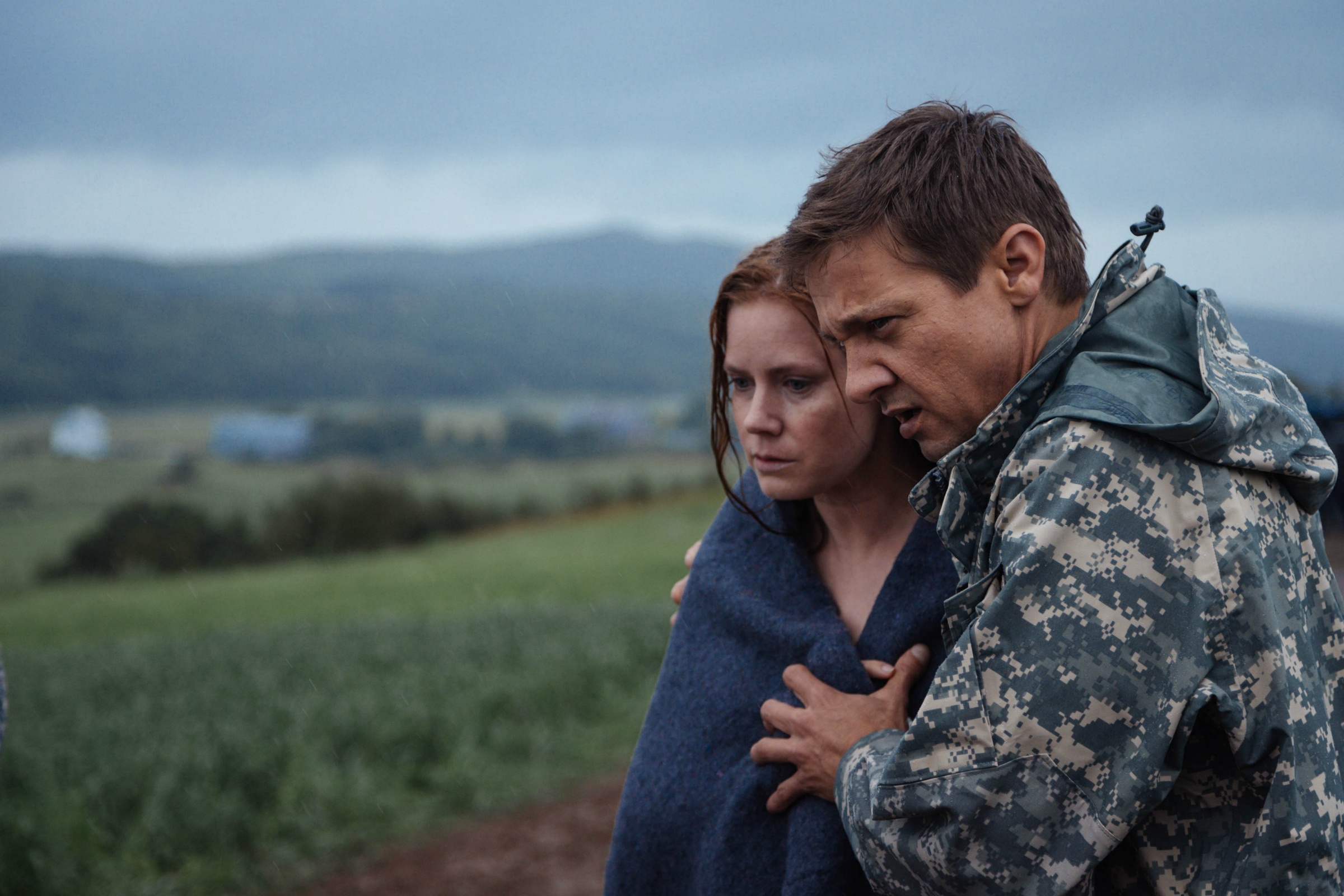 When I finally was able to figure out how to live my life without drugs and alcohol and was getting the mental help I needed, I gave up the dream of acting. I was OK with that, because I thought, At least I can live. I thought I would enjoy the rest of my time as a theater and film enthusiast from the audience. I was working in a movie theater, sweeping up popcorn, and I was working also as a telemarketer. Within a very short amount of time, two Chicago theater directors, Jennifer Shook and Jimmy McDermott, came into my life and offered [me] the opportunity to get back onstage. I was very reticent to do so because I didn’t believe that I would ever be able to act again, because of the difficulty that I had faced in the past with my tendency to dissociate and some of the depression and anxiety issues I struggled with when it came to the work of character-building and performance. They both created environments where I could safely give it a try. I did, and it was life-changing, to say the least—getting back onstage. The show Jimmy was directing was Oscar Wilde’s “Salome,” and I’ll never forget standing on that stage and feeling like: Not only can I act and can I do this professionally, but I’m going to do it better than it ever had been before. I believed I was going to do better work than I had ever done in the past. I have gone on to prove that to myself. The more mentally well I am and the stronger my sobriety became, the better execution I was able to deliver in the creation of and performance of really challenging characters.

“The business side of this will continually try to make you feel like you’re not worth very much so they don’t have to pay you as much as you want to be paid, so they can work you longer than you should be worked, so they can get every little last drop out of you.”

How do you make sure you’re balanced and healthy these days?
Having my family, my wife and my children, as close to me as possible. You would call it a deal memo in the David Dastmalchian world of contract negotiations. If the show is in any way resistant to having my family near me for any longer than a week or two, I probably won’t do that show. Continuing the lifelong journey of therapy as well as the medications that I used for my psych issues, as well as yoga, physical exercise, a healthy diet, getting enough rest, drinking enough water, maintaining my spiritual practice. I have a really deep arsenal and I feel really prepared for things, but I continue to learn and find new tools for my toolbox.

What advice would you give your younger self?
Be very vigilant in surrounding yourself with people who elevate you as a person. As a young artist, competition, envy, jealousy—those are going to be inherent. You should acknowledge those among your friends. But while recognizing those feelings, it’s important to remember to celebrate and elevate one another.

What is your worst audition horror story?
I got the opportunity to audition for “Ant-Man” in 2014. The character I was auditioning for was this Russian computer hacker, and based on the sides I was given, I created a character I felt very strongly about. And of course, a dialect, which I worked very hard on. I got to have what’s called a chemistry test where Paul Rudd, who had already been cast, was going to be improvising some scenes with the guys auditioning. I showed up in the clothing, hair, with the voice that I believed represented this character, and we started doing some improv. [Afterward,] I was in the waiting room, and Paul Rudd went in and introduced himself. And he said, “How long have you been in the U.S.?” Paul Rudd is from Kansas, and he grew up about 10 minutes away from where I grew up. I said [in dialect], “Mr. Rudd, I come over for the assistant manager at the Long John Silver’s in Oak Park Mall.” He looked at me like: You know where the Oak Park Mall is? and then I said, “Paul, I’m from Overland Park, too.”

What’s the wildest thing you’ve ever done to get a role?
One example where I did book the role was “Prisoners.” The character I auditioned for, he was written as overweight, bearded, and scruffy, like a hermit or hoarder. When I read the character, I saw him so differently. I saw him looking like beige wallpaper. I thought he would blend in no matter where he was. I had a beige sweater vest, and the way I combed my hair felt like I wanted to disappear wherever I was standing. I felt that was a good instinct for what the director was looking for.

The director for that film is Denis Villeneuve, who you worked with again on “Dune.” What value do you see in maintaining relationships with directors?
When I went to L.A., I didn’t have an agent [or] a manager. I met with agents and managers, and they all said, “No thanks.” These are small boutique agencies and management companies. It was devastatingly humbling to continue to be told, “No, we don’t want to work with you.” At that point, I had already done a role in “The Dark Knight.” The philosophy that I lived by then, and I live by today, is that relationships and reputation are everything. It began for me in L.A. by going to every audition that I could. I would go to every short film and music video audition. I didn’t book much, but I met cool people and I developed relationships. I went to casting workshops and I tried to present myself in the most collaborative, authentic way possible. The business side of this will continually try to make you feel like you’re not worth very much so they don’t have to pay you as much as you want to be paid, so they can work you longer than you should be worked, so they can get every little last drop out of you. Yet in spite of all of that, you cling to the directors and collaborators that you can trust [and] your fellow castmates.

How did you get your SAG-AFTRA card?
I was not supposed to audition for anything outside of school when I was at the Theatre School at DePaul, but I’ve always believed rules are there to be challenged and broken. I auditioned for a commercial outside of school for [the] Nintendo 64 [game] “Cruis’n World,” and I booked the commercial. I joined the union.

What performance should every actor see and why?
Watching the Chicago actors do their thing night after night—actors like Linda Reiter or John Judd—I’ve learned so much watching them. I always think about Emily Watson in “Breaking the Waves”; everything Meryl Streep has ever done; and finally, John Cazale. Every time he was in a scene with another actor, he elevated their performance.

How do you typically prepare for an audition?
One technique that has been really useful to me for some auditions—not all of them—is taking the text and committing it to memory without looking in a mirror, without audibly verbalizing the dialogue. It sounds crazy, but hear me out: Without performing it, we might read through it to make sure we have all the beats down and there’s no questions. But when I hit record for the first time and I record that audition, and those lines hit my vocal cords for the first time and I’ve thought through all the beats and I’ve thought through all my intentions and I’ve really done my best in the short amount of time I’ve been given to make some choices about who this character is, there’s something really fantastical that can happen. Yes, even though it’s an audition and I can then tape and retape and overanalyze that same scene 15 more times throughout the rest of the day—I swear to you, every single time, when we go back and watch all our takes to decide which one to send, it’s always the first one! It’s the one that had truth. My God, it’s a curse to actors right now that they’re doing self-tape. They will retape and retape a scene and get so in their heads. There’s something beautiful about going into a casting room and only being able to do the scene one time and throwing it all on the table.