How This NYC Actor Found Her Competitive Edge With Backstage 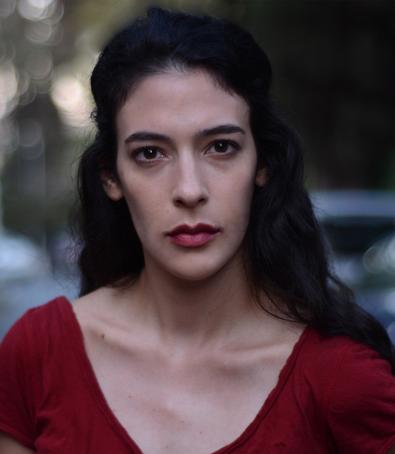 Te’ena Klein is currently at work on projects in which she portrays both a drug-addicted rock star and an enchanted magician’s assistant. How did she book these two fascinating projects? By using Backstage, of course!

Backstage can help you push yourself.
“[Through Backstage] I’ve been cast in a variety of indie short films and both short and full-length plays. I’m currently working on a play called ‘Stella’ [in which] I play a drug-addicted rock star, and on a short film wherein I play a magician’s assistant who starts to gain real magical powers.”

Acting needs to be all or nothing.
“I live in New York, which is one of the major hubs of the industry, so I make sure to work hard and give my all to my work, because I know that is the only way I will find success.”

Don’t fix what’s not broken.
“I’ve been using Backstage for a little over a year now. I keep coming back because the audition notices have a great volume of projects and I often book through it.”

No two auditions are alike.
“The auditions for these two projects were very different from one another. For the play, I did a monologue and read sides; it was very brief and I was in and out in less than five minutes. For the film, the audition was definitely longer. I read about three different sets of sides and did two improvisations, and then there was a callback.”

The more specific you are, the better.
“My advice to actors who are new to Backstage is to be specific in the casting call filter. It can help a lot with finding projects that are right for you, to not waste time scrolling through a bunch of irrelevant calls. I typically look for roles that excite and challenge me and that I know I will enjoy portraying.”

Casey Mink
Casey Mink is the senior staff writer at Backstage. When she's not writing about television, film, or theater, she is definitely somewhere watching it.
END_OF_DOCUMENT_TOKEN_TO_BE_REPLACED