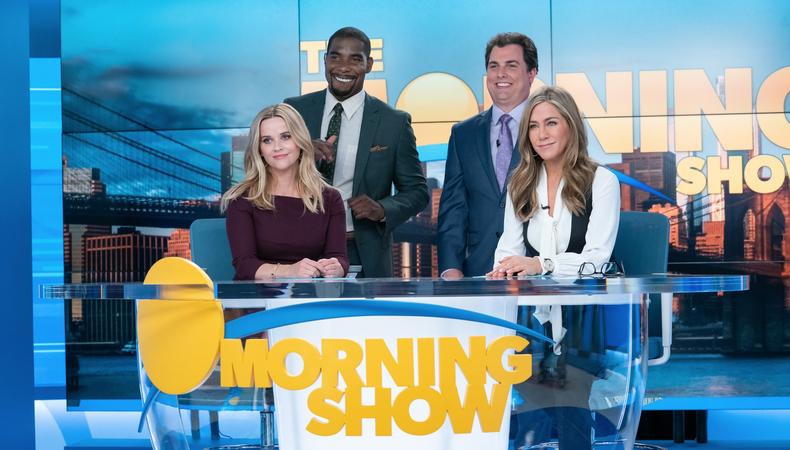 Much like your favorite morning program, Apple TV+’s flagship scripted series “The Morning Show” has become a small-screen staple. The award-winning newsroom drama not only features a star-studded cast—including Jennifer Aniston and Reese Witherspoon—but it also covers pop-culture touchstones. Apple won the show during a bidding war in 2017 and ordered it straight to series. The first season of its initial two-season order debuted alongside the streaming service itself in 2019.

With the hit series preparing to return for a third season, we’ve put together this go-to resource for those interested in joining the all-star cast. From audition advice from the series’ casting director to updates on calls, here’s everything you need to know about “The Morning Show.”

What is “The Morning Show” about?

The series tackles hot-button issues through its unique blend of comedy and drama. Season 1 was inspired by the #MeToo Movement, culminating in co-anchors Alex Levy (Jennifer Aniston) and Bradley Jackson (Reese Witherspoon) exposing the sexual misconduct of their colleague Mitch Kessler (Steve Carell) live on air. Season 2 focused on an array of prescient subjects—chief among them, a world on the cusp of the coronavirus outbreak. With elements of racial and sexual reckoning in the mix, “The Morning Show” mirrors our chaotic reality. 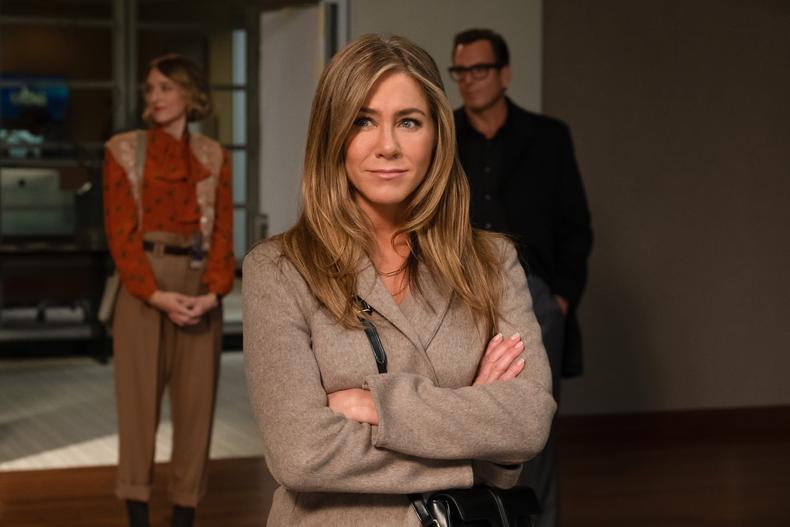 Who is in the cast of “The Morning Show”?

“The Morning Show” ensemble features some of Hollywood’s biggest names, including:

When does filming for “The Morning Show” Season 3 start?

Production hasn’t announced a start date yet, but the Apple TV+ drama will be returning. In January, the Hollywood Reporter announced that the streamer has been renewed for another season.

It seems likely that Season 3 won’t be the show’s last. Developer Kerry Ehrin told THR that “The Morning Show” has endless potential to continue taking on society’s hottest topics. "You could [jump into the future]. You could go backwards,” Ehrin said. “It’s such an interesting little universe. You really can put it anywhere in time, and I think the challenge of the show is coming up with that big subject.” 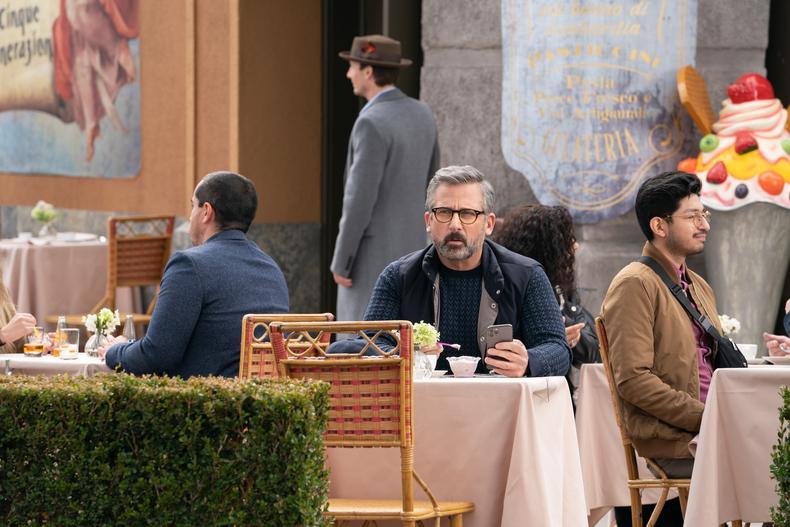 Where can you find “The Morning Show” casting calls and auditions?

Currently, there are no open casting calls for the upcoming season of “The Morning Show.” However, this will likely change when filming for Season 3 picks up. To stay up to date on future opportunities, bookmark our casting section, or sift through these Apple TV+ casting calls.

You can also check out these nationwide and network casting calls looking for talent now. And if you’re hoping to join a similar project now, these gigs may be of interest. 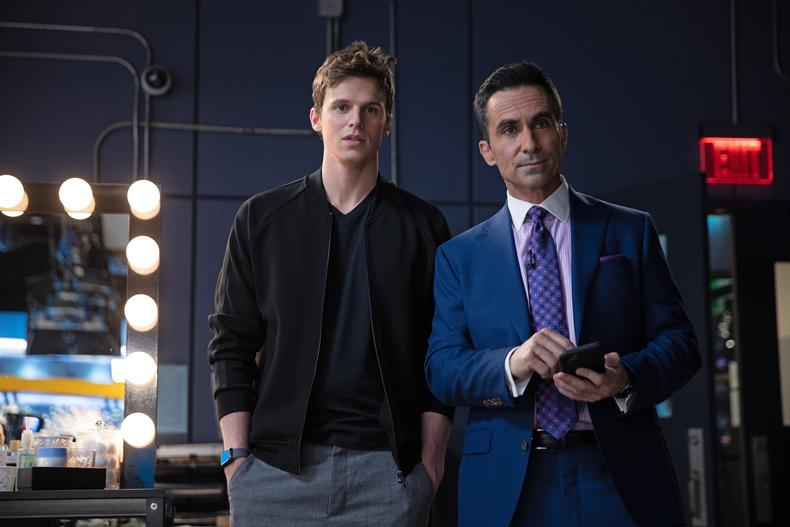 Who is the casting director for “The Morning Show”?

With nearly four decades of experience in Hollywood, CD Victoria Thomas has cast some of the biggest TV shows and movies, such as “Insecure,” “Everybody Hates Chris,” and “Straight Outta Compton.” She’s also responsible for casting the late Chadwick Boseman as Jackie Robinson in his breakout role in “42.”

Thomas knows what it’s like to work with the industry’s heavy hitters—but she doesn’t want that to intimidate anyone. She recommends that, if given the opportunity, actors should dip their toe into the casting field to get an idea of what goes into the decision-making process.

“When actors work in a casting office, they learn a lot and are surprised by being on the other side. They have a better sense of how to come into a room, or that when you’re coming into the room, we want you to be good; we’re not against you,” Thomas said. “They also have a better sense of why somebody gets picked over someone else, and that it doesn’t have to do with a bad audition. Actors are [often] surprised at what they learn from casting.” 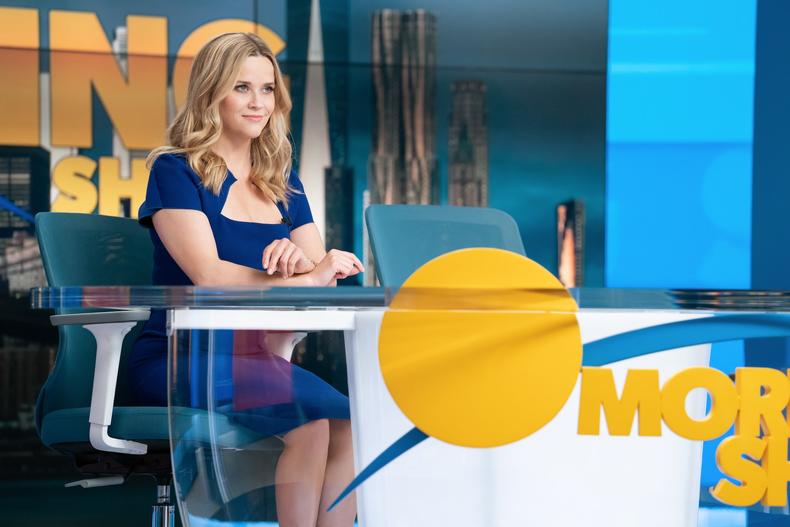 How does the casting process work for “The Morning Show”?

Thomas looks for actors who can balance the show’s specific tone. She told Gold Derby’s Meet the BTL Experts panel that “because a lot of people are acting opposite Reese and Jen, who are funny as well as dramatic themselves, you have to cast actors that have the facility for both those things.”

As executive producers, Witherspoon and Aniston have a hand in who makes it to viewers’ screens. “It’s good to work with people who know talent and who have high standards,” Thomas said. She added that she must always be conscious of casting people who can “hold their own” opposite such powerhouse stars.

Thomas had a clear vision of who she wanted to cast right from the start. Karen Pittman, who plays Mia Jordan, can attest. “I was one of those actors who made self-tapes. I’d send out thousands and thousands of self-tapes. This was one self-tape that ended up coming back,” she told Backstage. “My callback [for ‘The Morning Show’] was with [director and executive producer] Mimi Leder, [showrunner] Kerry Ehrin, [and executive producer] Michael Ellenberg, and it was a Skype callback. I’d never done that before.

“I was cast on this TV show without ever having sat in a room with the people who were creating and producing the show—but they knew my work,” she continued. “Michael knew me from ‘Disgraced’ [on Broadway]. He knows [playwright] Ayad Akhtar quite well. I certainly knew Mimi Leder from ‘The Leftovers,’ and I was very familiar with Kerry Ehrin from ‘Bates Motel.’ I felt super lucky and tried to bring my A-game on Skype, and that’s how I got cast in the part.” 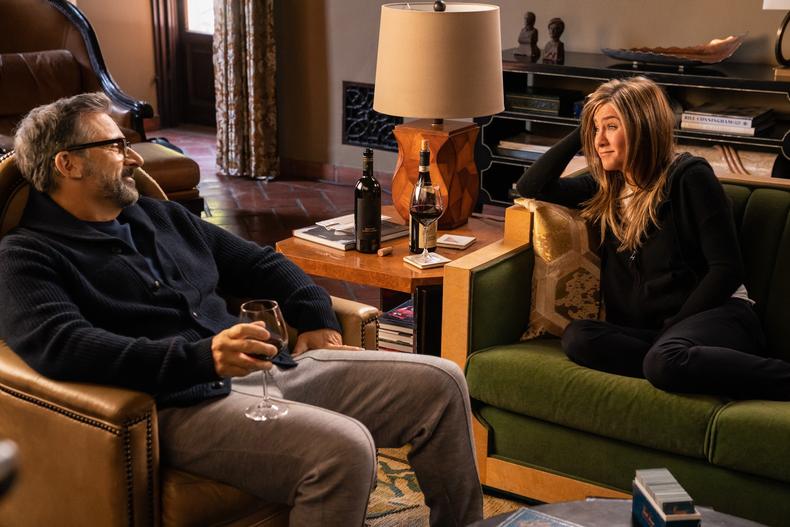 What are the best industry tips from the cast of the “The Morning Show”?

The cast of “The Morning Show” has a few tips for building your acting career: