Make a Film for Free + Everything L.A. Has to Offer Its Actors This Week 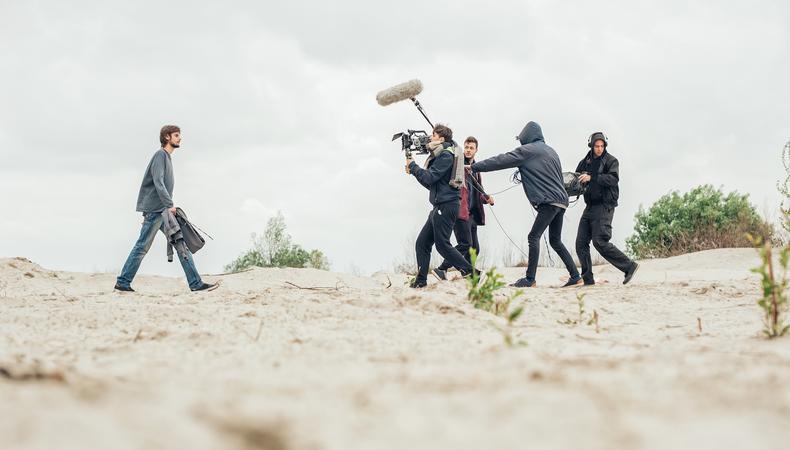 This week, get inspired with fantastic, film-centered events, chances to learn from pros (including Ron Howard!), and ways to set yourself up for success in the future. Remember that creativity strikes in the oddest places, whether it’s running around L.A. with a video camera, learning life lessons from a member of Monty Python, or sitting in a seminar learning about tax deductions.

Learn what to expect when filing next year’s taxes.
The one is a two-fer: If you deferred your taxes until October, here’s a reminder that they’re due this week. If you filed back in April, get a jump on next year’s tax season (which promises to be even tricker, unfortunately) on Oct. 17 as SAG Foundation hosts an information session covering 2018 tax-law changes. Covering everything from deductions to forming a corporation to recordkeeping, the session promises to get you “prepared, not panicked.” (Free for members)

Spend the weekend filming your masterpiece.
Many actors also do double duty behind the camera as filmmakers. If this describes you (or you want it to one day!), definitely check out this year’s AT&T Create-a-Thon from Oct. 12–14. The weekend-long collaborative extravaganza invites directors, actors, videographers, and more of all skill levels to create films. Filming kits are supplied if you don’t have your own gear, and you can either form your own team or find your tribe day-of. Above all, have fun discovering what one short weekend can produce! (Free)

Gain insight into Ron Howard’s films with Ron Howard.
Howard is a man who’s truly done it all, starting with notable roles in projects including “The Andy Griffith Show,” “American Graffiti,” and “Happy Days.” Today, Howard is a revered big-time director who boasts many Oscar-lauded films on his résumé. Spend the weekend, Oct. 19–21, with Howard himself at the Aero Theatre as American Cinematheque presents an in-person retrospective of his work, including “Cocoon,” “Apollo 13,” and more. We’re letting you know about this stellar opportunity early because it’s bound to sell out. ($12)

Find out what it takes to create modern horror films.
Halloween draws ever nearer, which means horror films are popping up everywhere. If you’ve ever thought about acting in a spooky flick, get the behind-the-scenes scoop from those who create them during Final Draft’s Write On Live Horror Panel on Oct. 15 at the New York Film Academy in Burbank. On hand to answer your burning questions will be Emmy-winning producer and director Chris Olen-Ray (“The First Purge,” “Circus Kane”) and writer, director, producer Seth Sherwood (“Hell Fest,” “Leatherface”). (Free)

Laugh along with the life of Eric Idle.
As an actor, writer, comedian, and creator, Idle has seemingly done it all. He’s been a member of the groundbreaking comedy troupe Monty Python, spearheaded films like “Life of Brian” and “Monty Python and the Holy Grail,” and was the brains behind the Tony-winning Broadway musical “Spamalot.” Hear Idle impart wisdom fresh from his brand-new memoir “Always Look on the Bright Side of Life:
A Sortabiography” as he chats with Bob Saget in Culver City on Oct. 11. The book is included in the higher ticket price so you can also take his insights and unshakable humor home with you. ($25–45)

Champion diversity in comedy with superstars of tomorrow.
With the important and immediate goal of promoting diversity within the comedy scene, Second City Hollywood’s Los Angeles Diversity in Comedy Festival, now in its third year, promotes the best and brightest up-and-coming comics emerging today. From Oct. 11–14, catch these superstars of tomorrow performing on three stages; if you can only attend one event, make it the 2018 Bob Curry Fellows showcase on Oct. 11, honoring the first African-American performer on a resident Second City Stage and featuring recipients of the titular 10-week fellowship. ($80–100 for an all-festival pass)