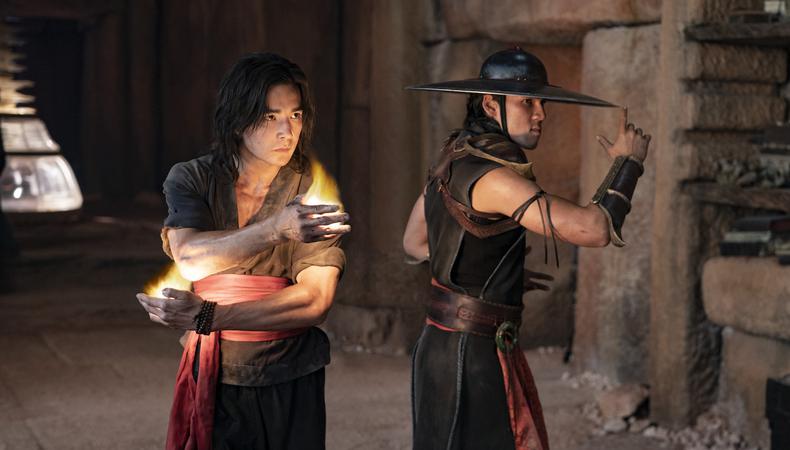 They’re the indefatigable mother and daughter team behind South Australia's leading casting agency, Heesom Casting. With a CV that lists credits such as “Mortal Kombat”, “Wolf Creek”, and “Rabbit-Proof Fence,” it’s not hard to see how the pair have stayed at the top of their game over the past 30 years.

We speak to Angela Heesom, mother and “boss-lady” of the duo, from her casting suite nestled in the South Australian Film Corporation buildings, about her passion for unearthing new talent and working on the mammoth “Mortal Kombat.”

What was it like casting for the mega-blockbuster, “Mortal Kombat”?

AH: Well, firstly, Richard Delia is extraordinary. I mean, “Dallas Buyers Club”! Does it get any better working alongside that sort of might? What actually struck me the most is how similar we all are, wherever you may be on the globe. Our craft is the same, the process and execution the same, as well as managing the many working relationships one needs to have. You are using the exact same casting muscles on a big pic[ture] like “Mortal Kombat” as you do on a small indie film, just the weights are a hell of a lot heavier! It was thrilling to go on set and see that sort of big movie magic happen on a daily basis.

What key traits do you look for when casting talent?

AH: There’s an inherent quality that some young talent have that is unmistakable. I remember Teresa [Palmer]— she just shone without even trying. A young, mesmerizing 17-year-old. She had a certain emotional language and presence you instinctively knew would translate on screen. So I tested her for the romantic lead of Daniel Radcliffe’s character in “December Boys” — his first film after “Harry Potter” — and she ran away with the role. Conversely, a young Xavier Samuel trained and [was] just about out of drama school, [but] struck a similar chord. Already the essence of a fine actor was before me: great focus, depth, understanding of craft, and the screen loved him. I told Xavier then and there I thought he had the makings to be a very fine actor. There was another recent drama school graduate working at our studios at the same time, a young, brand new, and delightful Eddie Redmayne who stirred the same feelings with me as well.

Aside from agent submissions, where else do you like to look for talent?

AH: As highly valuable as an agent's input truly is, many films have roles that cannot be found in agencies alone. I’ve just finished casting for a lead in a feature film being shot in the SA [South Australian] desert. It required us to go to cultural groups, churches, language centers, festivals, and dance halls to find her. “Wolf Creek” found us in rubbish dumps, metal works, strip shows, and bikie clubs. One of my favorite finds [for “Wolf Creek”] was at a sweaty wrestling ring one night. I was looking for the biggest, toughest, scariest wrestler around. The wrestler I cast, Andy McPhee, thereafter gave up wrestling to become an actor himself and went on to star in shows like  “Sons of Anarchy”. Then Andy had his own children — all who were drawn to acting. One [Kodi Smit-McPhee] played the co-lead, opposite Viggo Mortensen, in “The Road”, as well as “X-Men: Apocalypse” and “Dawn of the Planet of the Apes”.

AH: [A] nervous actor walks into our studio. We normally have a quick hello, a short chat about how we are going to run the scene, and ask if they have any questions on character or the text. Then we put the first of a few takes down. Some actors like to do a line run first, which is fine, some actors just want to go straight into it, without much chat, often because they have the character and the moment parked nearby ready to go the minute we call “action”. All auditions require different things, and actors being individual humans also require different things. I believe our job as casting directors is to allow the actor to do their best work. So we try to relax, support, listen and give notes where we can, to get the sorts of tests we are after.

What’s one negative trait that can hold an actor back in the audition room?

AH: Nerves. Being unprepared or feeling less than confident as an auditionee. Actors should all know that if a casting director books them for an audition, that there is real interest in them, they feel the actor can deliver something for the part. Some actors could do better homework, could come in with a stronger sense of the character and scene and what they intend to do, and arrive at work that is authentic. I always say an actor does a great screen test when they look ‘beyond the page’ in working the scene, and not run the scene with the obvious choices all the time.

If you could leave one piece of advice with every actor, what might you offer?

AH: Keep connected to your craft and always do your very best audition then let it go. For at the end of the day, you are a professional auditionee, that’s what you do, you’ll never get every part you try out for, so doing a good audition will have us remember you and have you feel good about your own artistry and what you have to offer.