How ‘Mythic Quest’ Became the Best Workplace Comedy on TV

Just when we thought we’d seen about everything a workplace comedy can do, Rob McElhenney and co-creators Charlie Day and Megan Ganz came along with “Mythic Quest” on Apple TV+. Following the interdepartmental workings of a popular video game development company, the half-hour comedy boasts one of the funniest ensembles working today—and they all recently joined us as part of our first-ever BackstageFest! McElhenney, writer-actors Ashly Burch and David Hornsby, and stars Charlotte Nicdao, Danny Pudi, Jessie Ennis, and Imani Hakim talked about Season 2 and striking the fine balance between writer, director, and actor when it comes to building these lovably oddball characters.

Running “Mythic Quest” and “It’s Always Sunny in Philadelphia” has taught McElhenney to lean on his actors.
“One of the ways that we approach the writing of the show—and I learned this from the other show that I do, [‘It’s Always Sunny in Philadelphia’]—is that you can write something in a vacuum, and it works on paper, and then it’s a script that you can read; but that’s just a working document. You have to actually have human beings come in and breathe life into that script. And then what you find is that if you’re open to it, the right actor will take a role that you didn’t necessarily see them playing. In fact, [Charlotte Nicdao’s character,] Poppy, was a completely different character in the original draft of the show; Charlotte came in, and we completely rewrote that character for her, because when you find the right person, you start adapting the character to meet the actor.” 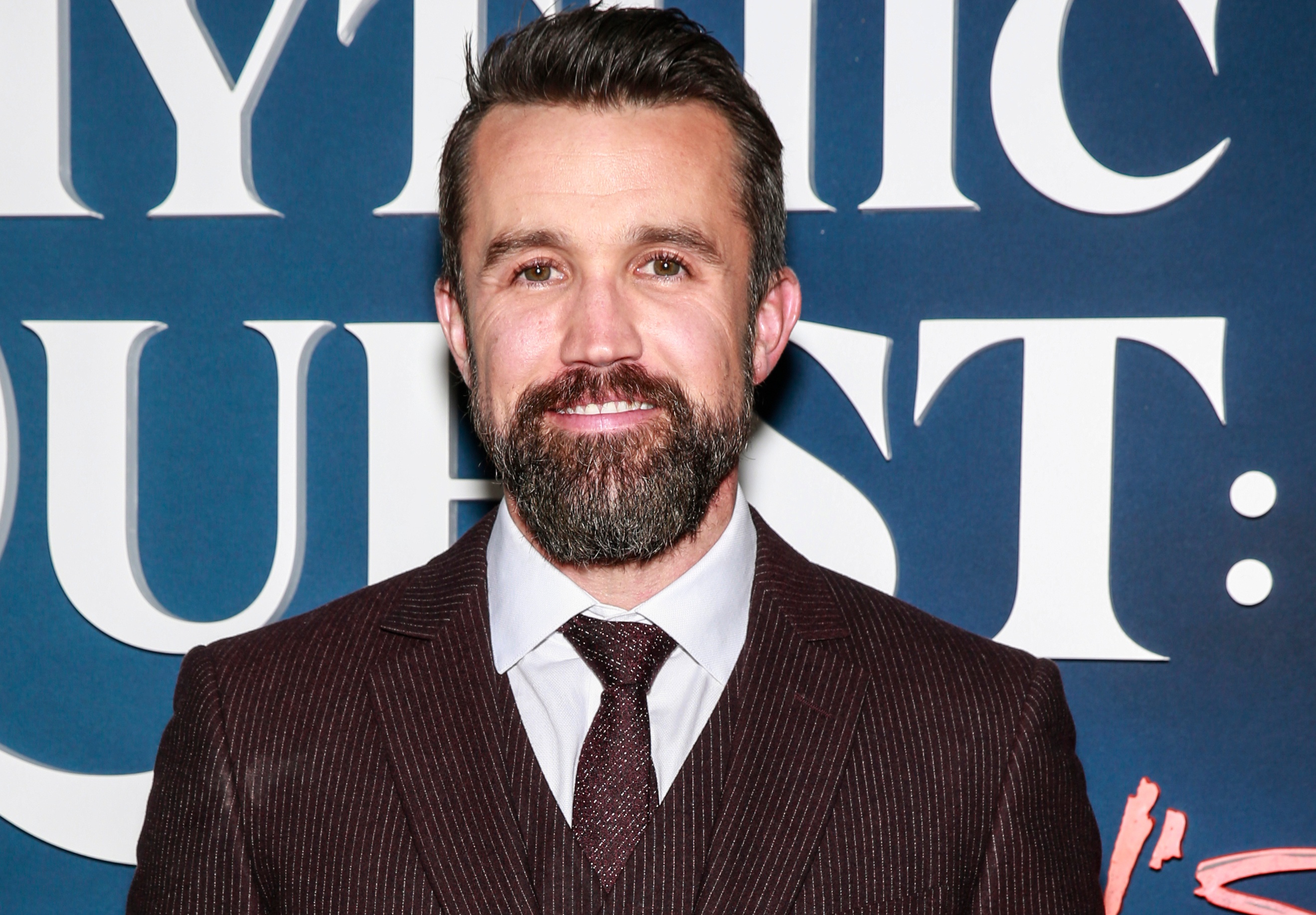 As an example, Burch cites Pudi and Hakim as actors who expanded their characters, Brad and Dana, in the Season 2 writers’ room.
“When you get into a Season 2, when you know who your characters are more and you know who’s playing them, I think it gives you more room and more inspiration to try other things. So, for example, with Brad, Danny is the nicest human being on the planet, and he is so good at playing an asshole, but it’s interesting to see someone so kind play someone so nefarious. And in the writers’ room, we talked a lot about: Because Danny is such a sweet pea, is there a layer that we could add to Brad that brings out that element in Danny—that softer, more vulnerable side? And Dana, for example—Dana was a much different character before Imani was cast. And so by virtue of the fact that Imani brought something different and interesting and richer, that changes the character. It’s a give-and-take.”

As Poppy, Nicdao says that not knowing what’s coming next is the most exciting thing.
“On the other side of that, it’s always so exciting as an actor to get a new script and not quite know what it is you’re going to be seeing. You sign up to do a comedy, and then you get these scenes where you’re really accessing some very human, human stuff, and that’s such a blessing.”

Benjamin Lindsay
Benjamin Lindsay is managing editor at Backstage, where if you’re reading it in our magazine, he’s written or edited it first. He’s also producer and host of a number of our digital interview series, including our inaugural on-camera segment, Backstage Live.
END_OF_DOCUMENT_TOKEN_TO_BE_REPLACED