How To Become a Cruise Ship Performer 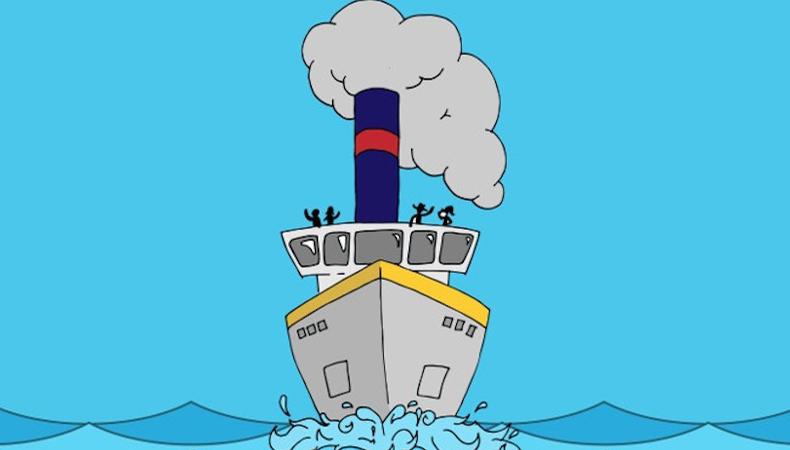 Working on a cruise ship is one of the strangest—and most rewarding—jobs in entertainment. Cruise lines like Disney, Holland America, Norwegian, Royal Caribbean, and Princess are always looking for new talent. So whether you’re a singer, dancer, actor, comedian, musician, magician, acrobat, ventriloquist, or mentalist, there’s a job out there for you.

This guide is designed to give you a better understanding of what it’s like to audition for and work on a cruise ship—but keep in mind, your experience will vary greatly depending on role, cruise line, and specific ship. Here’s everything you need to know about becoming a cruise ship performer.

What performer jobs are available on cruise ships?

Any given cruise will feature performances by a dedicated production cast (singers, dancers, and actors hired directly by the cruise line who perform set shows) as well as guest entertainers/headliners (cabaret acts, aerialists, magicians, standup comics, and other performers who bring on their own shows). This guide covers both, with an emphasis on production casts.

Production cast members may perform as many as 10 shows over a seven-day cruise. Headliners will do at least two, often one “all-ages” and one “adult” show. According to multi–cruise ship casting director Duncan Stewart, the best cruise ship theaters rival those of the West End and Broadway when it comes to sound, lighting, and set design. 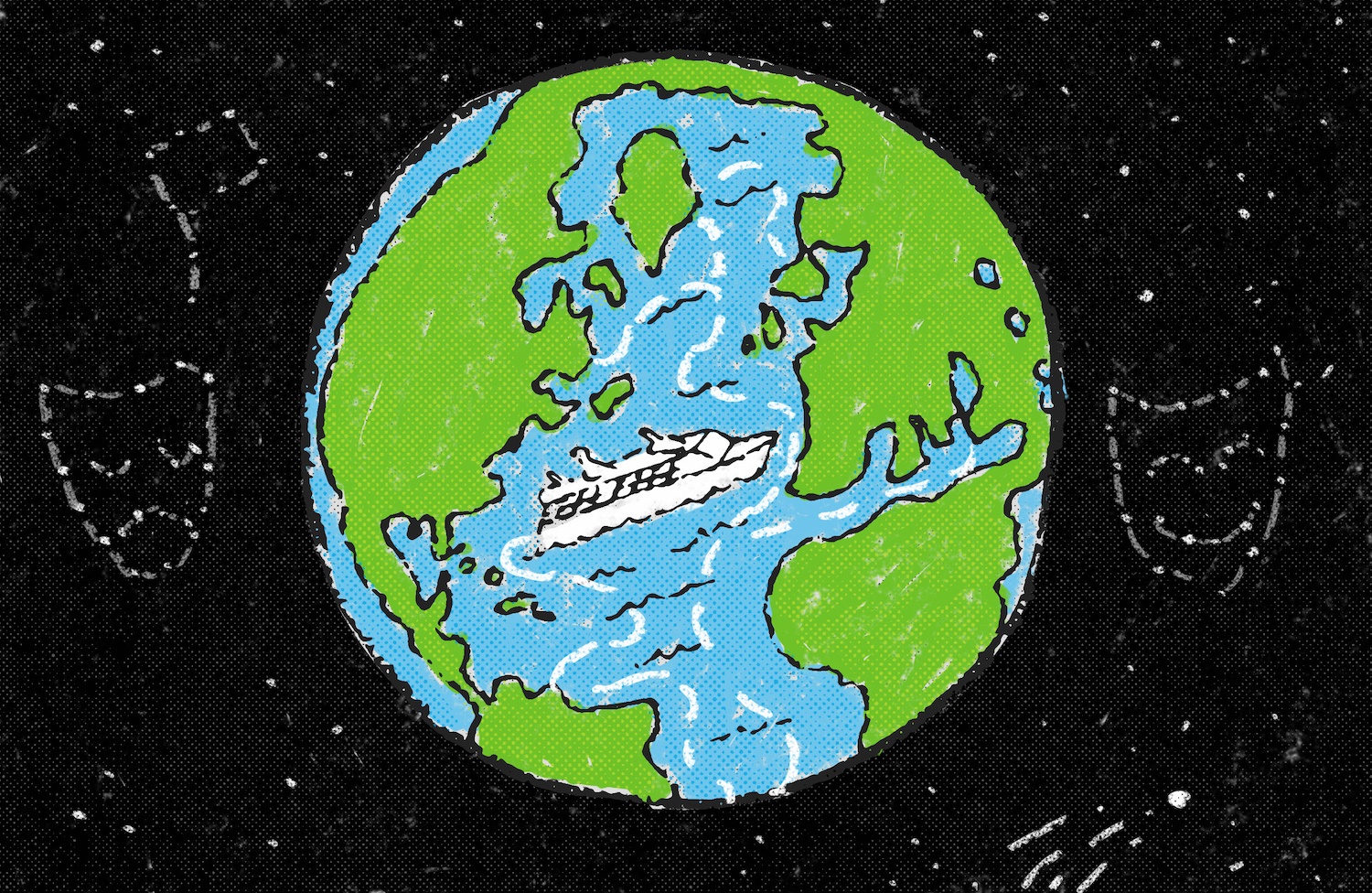 How do I find an entertainer job on a cruise ship?

Jobs for cruise ship entertainers can be quite competitive—but most of the production cast roles will allow applicants to self-submit, meaning that you don’t need an agent to get the gig. To find a job on a cruise ship, try one (or all) of the following steps:

Because cruise ships operate in international waters, roles are usually open to both union and nonunion performers, but union rules probably don’t apply.

Headlining is a bit trickier. If you have representation, they should be able to help get you seen. Otherwise, seek out guest entertainer expos and other headliner casting opportunities. Scouts occasionally go to on-shore shows, but you should have a reel and/or demo ready to send out. TV credits are a big plus. Many headliners, like juggler Charles Peachock, have appeared on shows like “America’s Got Talent” and “American Idol.” 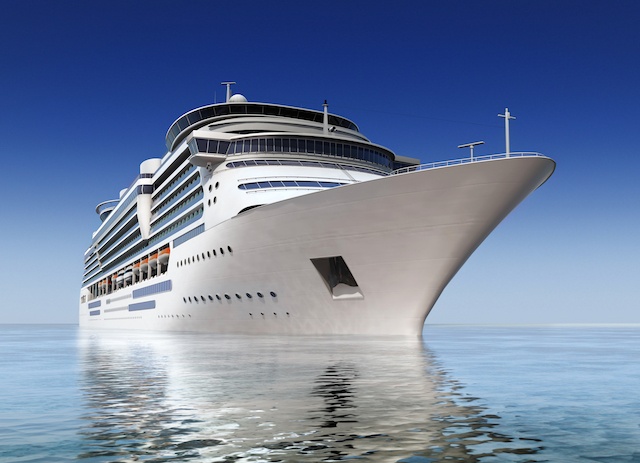 How to Find Cruise Ship Jobs
↑ Back to top

What can I expect from a cruise ship audition?

Joining a production cast means you’re at least a double threat—most casting calls want “sensational singers” who “move well.” Because production casts usually perform several different shows, you should be comfortable singing in a variety of styles, like pop/rock, traditional musical theater, jazz, and even opera. As for dancing, CDs are looking for hip-hop, ballet, ballroom, latin, and so on. Gymnastics, aerial training, and tumbling skills are a plus.

While your best bet is to be at least a double threat, there are some exceptions. “Burn the Floor” on Norwegian is strictly dancing (ballroom, swing, latin), while headliner cabaret acts like “Broadway Diva” Carla Stickler (“Wicked,” “Mamma Mia!”) focus almost exclusively on singing (pop, jazz, musical theater). If you’re auditioning for something like Royal Caribbean’s “Broadway at Sea” lineup you’ll need acting chops, too—these are full-length productions, not musical reviews.

If you’re looking to bring humor to the high seas, your best bet is standup comedy. Cruise lines love hiring standups—but not all styles. Comics who cater to “Middle America” (think Jim Gaffigan, Roseanne, Seinfeld) are much more likely to get booked than edgy or absurd acts (e.g. Eric Andre, Neil Hamburger, Sarah Silverman). The idea is to entertain, not offend. While being a “boat act” is frowned upon in some standup circles, ship comedians can make great money playing to packed houses without the drudgery of “working the road.” Ship vet Jeff Harms is a perfect example. His act is engaging and accessible to a “vacation crowd”—plus, he’s funny.

Who are some famous cruise ship entertainers?

Some stars started on cruise ships, while others took to the seas after making it big. Oscar winner Jennifer Hudson performed on a Disney ship before auditioning for “American Idol.” Kerry Ellis (“Wicked”) performed as a principal vocalist with Royal Caribbean way back in 1999. Plus there are plenty of former ship performers who are now getting steady work in shows like “Kinky Boots,” “Charlie and the Chocolate Factory,” “Jersey Boys,” “Hamilton,” “Miss Saigon,” “Aladdin,” and more.

Some cruise lines even cater to Broadway fanatics. Playbill Travel offers an opportunity to “get up close and personal with Broadway stars” like Chita Rivera, Patti Lupone, Brian Stokes Mitchell, Lillias White, Laura Osnes, and other huge names. Big-name casting agencies, directors, and choreographers are also involved in cruise productions.

Mega-famous standups even do cruise dates. Jay Leno and Jeff Foxworthy both headlined on Carnival ships in 2017. But keep in mind that those shows happened while the ships were docked in port, so Jay and Jeff probably got on board, did their set, and got off.

How much do cruise ship entertainers make?

Production cast dancers can expect to earn at least $700 per week while on board. Vocalists usually make a minimum of $1,000. Headliner rates can be much higher and are usually negotiated by your agent or manager.

Production cast contracts usually range from four to seven months, and you’ll be sleeping on the ship every single night for the duration of your contract. Exceptions can be made for important events (weddings, funerals, etc.) but non-emergency leave must be arranged well in advance. Entertainers can usually get discounted rates for friends and family, or have in-cabin guests. One of the great things about working on a cruise ship is that most of your on-board expenses, like lodging and food, are also covered.

Do cruise ship performers rehearse before shipping out?

If you land a cruise ship gig, expect a paid rehearsal period. Many (but not all) production cast rehearsals take place in Florida, even if the ship ports out of somewhere else, like New York City. Rehearsal lengths vary, and you’ll get to know the rest of your cast well during this time. Keep in mind that things change frequently—performers get sick, injured, or fired. That means near-constant tweaks to the shows. Be adaptable.

What is it like to be a performer on a cruise ship?

Specific roles and privileges will depend on the cruise line, but your status will most likely be cushier than that of non-entertainment crew. Still, you may be required to take on extracurricular duties, like cleaning parts of the theater, running the library for a few hours each cruise, and teaching exercise classes or dance workshops for passengers.

Look forward to a fair amount of safety training and drills. Some of it is interesting, like learning what all the P.A. codes actually mean. Some of it is boring, like memorizing the different types of fire extinguishers. But safety training is mandatory, and you will be tested. In the case of a serious emergency, you will most likely be expected to assist with evacuation.

Cruise ships are huge, but most of that real estate is reserved for guests. The crew do have their own spaces that are off limits to passengers. These areas may include a mess hall, gym, bar, convenience store, laundry room, rec center, computer room, and outdoor deck. Most production cast members share small, windowless crew cabins. These usually include twin-size bunk beds, desks, a TV, minimal storage, and a modest bathroom featuring a “shoilet”—a shower and a toilet separated only by a curtain.

If you’re really lucky (read: talented), you might land an officer cabin—a single room with a full-size bed, a couch, a desk, a larger bathroom, and a porthole. These rooms are typically reserved for higher ranking staff and headliners. Principal production cast members may also be placed in officer cabins.

As a performer you’ll interact with passengers on and off the stage. Expect lots of compliments (“I can’t wait to see you on Broadway!”) as well as a few notes (“The last cast was better!”). Polite conversation is encouraged, but don’t get too cozy with guests. Unless you have special permission, crew members are never allowed in passenger cabins, and vice versa. Physical relations with a passenger is grounds for immediate termination on any ship. Dating other crew members, however, is allowed.

Depending on your show schedule, you may have a tremendous amount of downtime. Many cruise lines let performers off the ship in port for most of the day, so free time is great when you’re docked. However, most seven-day cruises have at least two “sea days” where you’ll be stuck on the ship. Fight mind-numbing boredom by being as creative and constructive as possible: go to the gym, learn a new skill, play boardgames, write, make art. While internet access is usually too slow and expensive to stream media, almost every crew member has a hard drive full of TV and movies. Bring yours and pass it around as a sort of crew currency.

What are the pros and cons of being a cruise ship performer?

Like any job, being a cruise ship performer has its ups and downs. We’ll start with the pros:

There are also some drawbacks to taking a cruise ship gig, including:

What are the top cruise lines for performers?

Your experience as a performer will depend a lot upon the cruise line and specific ship you’re working on. Here’s a short list of the top cruise lines hiring performers:

Hopefully that answers some of your burning questions about performing at sea. Remember, roles and rules will vary depending on the specific cruise line and ship. Your best bet is to talk to someone who works on that ship. One final piece of advice: don’t call it a “boat.” Happy sailing!

Want to work on a cruise ship? Check out our cruise lines listings!