7 Experts on How Improv Can Make You a Better Actor 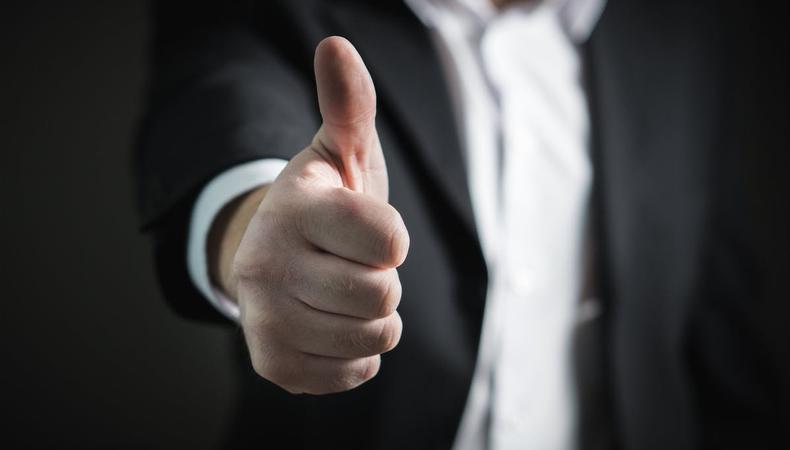 From helping get you out of your head and act in the moment to the specific ways it can strengthen your audition muscle, there are countless benefits to be gained by actors who study improvisation. Below, Backstage Experts give their most convincing arguments for why you should get your “Yes, and…” on.

It can build actor-confidence.
“First impressions are the most important. If you can walk in and out of a room confidently, you’re already on your way to success. So why do so many people have trouble with confidence? Maybe an easier question is: Why are so many people afraid of heights? Most likely because, the higher we get, the further we fear we will fall. Imagine you are suddenly at the top of a circus tent, on one of those little bitty acrobat platforms used to leap to the swings. Now, what if, instead of shrinking away in fear, you take the risk and simply leapt forward. Now, instead of falling flat on your face, you catch the swing and performed beautifully. That’s what improv will teach you to do. Improv takes you to the ledge of the script and gives you the confidence to leap off.” —Mae Ross, acting teacher and Backstage Expert

Improv can deepen your understanding of the material.
“The television projects I’ve worked on as of late are written like ‘Curb Your Enthusiasm.’ This often involves a ‘beat sheet’ or bullet-pointed list of beats in a given set of circumstances with a driving action or objective. Make sure you’ve familiarized yourself with the full breakdown, as it often reveals the relationship between the characters (as well as the backstory on the one you’ll be playing). Read all the material that is provided for you (sides, script, etc.) so that you really understand what’s going on and what your character wants. My appointment emails are as organized as it gets. That said, you’d be shocked at how often actors don’t receive even 50 percent of what I send their agents or managers. I’d ask for a breakdown, sides and a script, just in case they were provided and not given to you.” —Brette Goldstein, casting director and Backstage Expert

Improv forces you to be present.
“This sounds vague and philosophical. Many people don’t know how to interpret this rule. First, we have to realize that everything happens in the present. The past is already gone and the future only exists in our minds, which means the most important moment is now. The difficulty lies in knowing how to remain present. You just have to actively listen. This doesn’t mean with just your ears. Listen with all your senses. This means you need to listen with purpose. Listen not to respond but to receive. If you are already thinking of the next thing to say, you are in the future. If you are thinking of the last thing said, you are in the past. You cannot act in either of those times. Act now by actively listening.” —Dorian Santiago, filmmaker, actor, director, and Backstage Expert

Improv’s breakneck pace is ideal audition prep.
“If you have done any serious acting training, you are comfortable with having time to come up with choices, do your crafting work, have plenty of rehearsal time with partners, and work your scenes several times with your teacher in class. When you start auditioning, that kind of time is never available to prepare, so most auditioning actors don’t feel as confident or strong as when they have more time (at least when you first start). I do also recommend that auditioning/cold-reading classes be added to your program. It will definitely help when you’re ready to start auditioning. Yet, I believe that improv work (although different) is more empowering for most auditions.” —Carolyne Barry, audition coach and Backstage Expert

It forces you to get out of your head.
“After a take, a director may say something like, ‘Think about the character’s history in the next take,’ or ‘Think about your objective,’ or ‘Think about an emotional memory.’ But if you’re thinking, you’re in your head. If you’re in your head, you’ll end up on the cutting room floor because when you went into your head to find that backstory, you were no longer present in the moment, focused or connected to the other players.Advanced improvisation teaches you to remain connected to the bigger picture, even during a ‘solo.’ When we play games, the goal is outside of us, not in our head. Imagine what would happen if a jazz drummer started counting once the song began? Instead, they must feel the rhythm in the body, stay focused, in the moment, and connected to the other players to keep the beat. Actors must do the same.” —Rob Adler, on-set coach, actor, director, teacher, founder of AdlerImprov Studio, and Backstage Expert

You’ll be less precious about your performance.
“Speaking before you’re ready will thrust you into a primal state, a hallmark of good acting. From this place of fight or flight, you’ll be engaged in a struggle from which no one will be able to look away. Remember, actors are creative artists just like painters and poets. Our art is created right in front of people, so try not to ‘get it right.’ Instead, discover something and surprise yourself.” —Rob Adler

Improv is “Show, don’t tell” 101.
“This is what I yell out most as I am coaching improv: ‘Physicalize!’ ‘Use your body.’ ‘Show me, don’t tell me.’ Plus, if you move, your imagination gets unlocked and something will happen. You don’t even need to know what you are going to do. Just start moving and it will turn into something.” —Cathryn Harrt, Dallas-based acting coach, founder of Hartt and Soul Studio, and Backstage Expert

Casey Mink
Casey Mink is the staff writer at Backstage. When she's not writing about television, film, or theater, she is definitely somewhere watching it.
END_OF_DOCUMENT_TOKEN_TO_BE_REPLACED